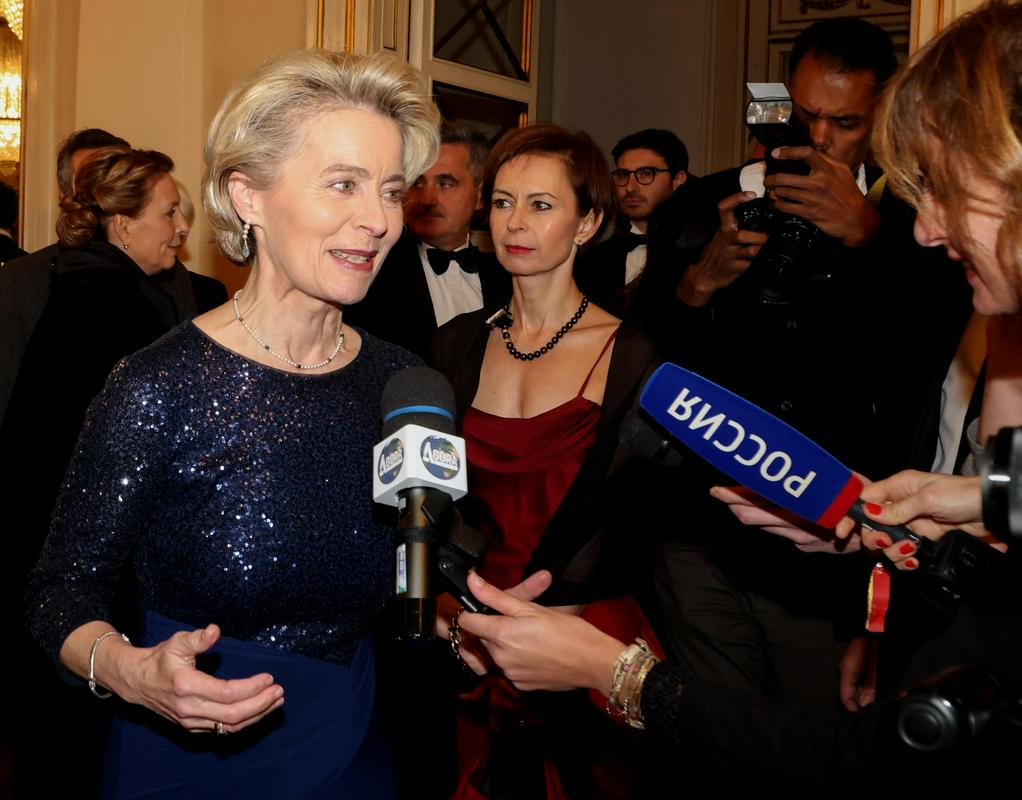 Milan’s Scala opened the new season with the Russian opera Boris Godunov, which provoked a protest from the Ukrainian side. The management of the opera house was criticized that this cultural event was a propaganda victory for the Kremlin during the Russian invasion of Ukraine.

The ceremonial opening of the new season in this most popular Italian opera house was also attended by the Italian Prime Minister Giorgio Meloniwho joined the Italian president in the royal box Sergio Mattarella and the President of the European Commission Ursula von der Leyenit says Associated Press (AP).

A group of protesters not really in close proximityAhead of the event, a group of about 30 Ukrainians gathered outside the Scala to protest what they said was the emphasis on Russian culture while the Russian president is waging a war based on the denial of a unique Ukrainian culture. The protesters were held back in the main square, far from any contact with politicians and officials entering the venue with the arriving dignitaries and officials.

In the audience there were mostly important names of the Italian economy, culture and politics, who gave the performance a 13-minute round of applause. The Russian bass received the most praise Ildar Abdrazakovwho appeared in the title role, and flowers were practically showered on Scala’s boss conductor Riccardo Chailly.

“We must not let Putin destroy all of this“Regarding Ukraine’s opposition to the focus on Russian culture while the war has been raging for nine months, Von der Leyen praised the Ukrainians as “fantastic, brave and courageous people“, but she added that Russian culture should not be confused with the Russian president.”We can’t let Putin ruin it all,” she said, referring to major Russian writers and composers, according to the AP, including Modest Petrovich Mussorgskywho composed the opera work Boris Godunov and also wrote a libretto for it based on the play of the same name by the Russian giant AS Pushkin. “Full solidarity with our friends in Ukraine. Let’s make sure we step together,concluded the President of the European Commission.

Giorgia Meloni also decided to draw the line between culture and politics. “We have nothing against the Russian people, Russian history, Russian culture. But we have something against those who made the political decision to attack sovereign state,” said the Italian Prime Minister.

Before the performance of Boris Godunov’s opera, Scala received a letter of protest from the Ukrainian consul in Milan, a petition was also launched by the Ukrainian community in Italy, but they did not achieve the desired cancellation of the performance. The opera house announced that it was the chief conductor Chailly who, at the suggestion of Abdrazakov, chose the opera to open the 2022/23 season three years ago, and now it was too late to replace this big production.

The 46-year-old opera singer Abdrazakov sang his sixth role with Godunov in the opening production of Scala’s season. It is the first role in his native language that he sang on the stage of the Scala, the majority of the current cast and chorus of this opera house are also Russian. As this Russian bassist said backstage, on the Scala stage “he sang in Italian, but in French, and in Russian it is something completely different. And here is this opera that I love very much.“

The management of La Scala insisted that Boris Godonov does not mean propaganda for Putin. According to AP, the Russian media reported extensively on this Scala production, focusing on the fact that the high-ranking guests were not affected by the Ukrainian protests. On this celebratory evening, Russian state television was also present at the venue.

Protesters believe Scala could have reacted differentlyUkrainian protest organizers, who were in a nearby square during the event, were unconvinced by the attempt to separate politics from culture. “I don’t know why Italians think that Russian culture has nothing to do with Russian government or Russian people. Everything is intertwined with the medieval mentality that created Putin,” she said, born in Kharkiv, Ukraine Valery Kalchenkolongtime resident of Milan and organizer of this protest.

She noted that the Polish National Opera in Warsaw canceled the planned April performances of this very opera just days after Russia invaded Ukraine at the end of February, citing the suffering of the Ukrainian people as the reason. At that time, they also announced that they would consider staging the opera when peacetime comes. “We could have reacted the same way, because at the beginning of the war, Scala had nine months to replace the opera with an Italian opera. There is no shortage of them – it is an Italian art form,Kalchenko said.

“Silencing” Russian culture as a sign of solidarity with Ukrainians?Despite their objections to the production of this Russian opera, other Ukrainian organizations, including the youth association, decided not to physically join the protest. Instead, they gathered quietly and held the notes of the Ukrainian composer in their hands. She was also among them Zoia Stankovska according to which the “silencing” of Russian culture during the war would be “a gesture, a sign of solidarity with the Ukrainians and a clear message as long as the aggression continues.“

The management of the Milan Opera House particularly emphasized their support for Ukraine, including a charity concert where they collected 400,000 euros. Scala was also the first theater in the West to cut ties with a Russian conductor Valery Gergiyevwho was engaged in this opera house at the outbreak of war, after he himself had not expressed a desire for a peaceful solution.

In Scala, the traditional opening of the season is organized on the feast of Milan’s patron Saint. Ambrose, who celebrates on December 7. The celebratory launch of the new season at the Scala is considered one of the most important events on the European cultural calendar and in fact often attracts protests aimed at attracting the attention of the Italian dignitaries present.

The climate activists of the Zadnja genarajena group also decided to take exactly such a step, and they carried out their action early in the morning before the evening opening of the new season. Five protesters threw blue, yellow and pink paint into the entrance of the opera house, but it was quickly removed. In the evening, trade union protesters were also present, who stood near the Ukrainian protest, reports AP.

The creation of Kontekst, a project that maps the archives of creators in the space of the Old Town Power PlantThe premiere of Origami,...
World

They revealed that FIFA is considering applying an ‘anti-dive Martinez’ rule: it would change penalty shootouts.

Previous article
KPK found no violations in the rehabilitation of UKC Ljubljana, but detected risks
Next article
American basketball player Griner was released by the Russians in exchange for an arms dealer