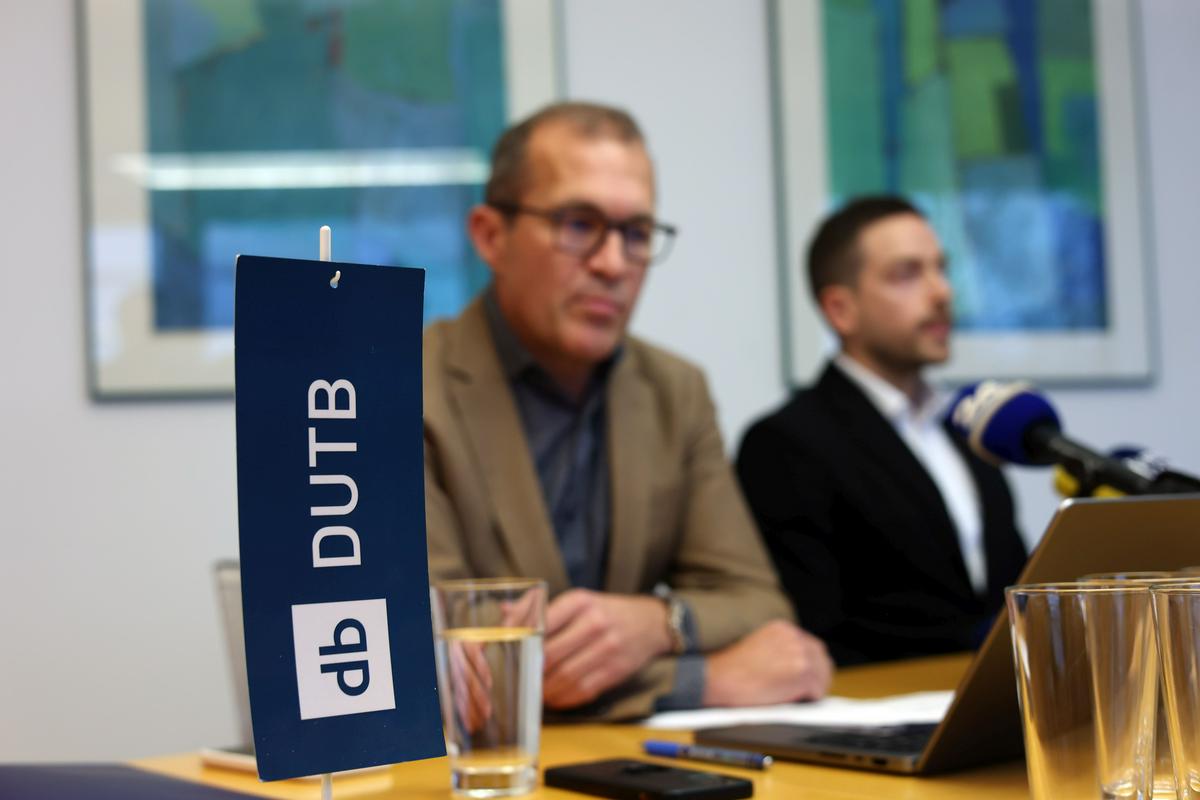 The executive directors of the Bank Claims Management Company presented BAMT’s position regarding the “autonomous space Plac”: they wanted to communicate with the users of Plac since the building was occupied, but without success, they say. They are suing because they have a “duty to protect property”.

Executive directors of BAMT Mitja Križaj and Pfeifer stamp responded at a press conference to the question of the occupation of the property on Linhartova Street in Ljubljana, where the Plac autonomous community started operating on September 3. According to them, the suit for trespass was the only legal remedy they could choose to protect the property.

Plac: the lawsuit was an “insidious act”The press conference was called by the Bank Claims Management Company (BAMC) after the press conference of the Participative Ljubljana Autonomous Zone (Plac), at which the BAMC’s lawsuit against 46 individuals regarding the disturbance of property was described as an insidious act. Regarding dialogue, they emphasized that this is not possible in the form of a lawsuit.

As the representatives of the BAMC said, they wanted to communicate with the Placa users from the beginning of the occupation of the building, but without success, so they explained the view of the BAMC on the issue. According to them, as a publicly owned company, the BAMC is obliged to protect property and cannot hand it over to individuals or groups of people in violation of the law.

They estimate that the space is technically not suitable for livingSince, in their opinion, the building on Linhartova Street is technically unsuitable for living or holding events, they also wanted to agree on a technical inspection of the building. However, experts in the presence of people and the media cannot carry out such an examination. This was also the only reason they canceled their visit in November, explained Pfeifer.

According to him, at the first meeting on September 21, the users were also asked to organize themselves in a formal form, such as an association or institute, to facilitate dialogue. When they realized that dialogue would not be possible, they decided on other procedures, he explained the decision to file a civil suit regarding the disturbance of the property.

According to Križaj, the information about the individuals was obtained directly from the police, who listed the people who were present “without their permission” on the first and second day of the occupation of the premises. They did not have an overview of who was present, he commented on the lawsuit, which also includes journalists. He urged them to prove themselves with a statement or certificate from their employer.

Withdrawal of the lawsuit is still on the tableWhen asked by a journalist whether the coalition’s support for Plac could be a reason for withdrawing the lawsuit, Križaj explained that based on the government’s decision, this could be possible. According to Pfeifer, all options are still open if an agreement is reached before the verdict. The plans for the adoption of the municipal spatial plan, which are underway for the land in this part of Ljubljana, do not foresee that the Placa building would be excluded, but, according to him, the project is not yet sealed.

“If it would be in the interest of the public to carry out cultural activities in this part, the premises can be provided,” Križaj said. He also announced that they will meet with representatives of the Ministry of Culture on Tuesday on the subject of Placa.

Regarding the more than 6,000 euros in user fees for the building, Pfeifer explained that the amount was calculated based on the tenants in the neighboring building. “It was about letting the community know what those costs are, not asking for payment,” Križaj added.

The government understands both sidesPrime Minister Robert Golob also responded to the plot regarding Placo. As they wrote, the Cabinet of the Prime Minister and the Ministries of Culture and of Labour, Family and Social Affairs have been trying to find an appropriate solution since the beginning of Placa’s operation. “Coalition partners understand the importance of autonomous zones as part of urban culture, but also the position of the BAMC as the owner of the property. In this spirit, we will continue to mediate between all stakeholders,” they added.

Previous article
Salvadoran MS gang member extradited in Guatemala
Next article
With another smooth victory, the Slovenians confirmed their participation in the European team championship