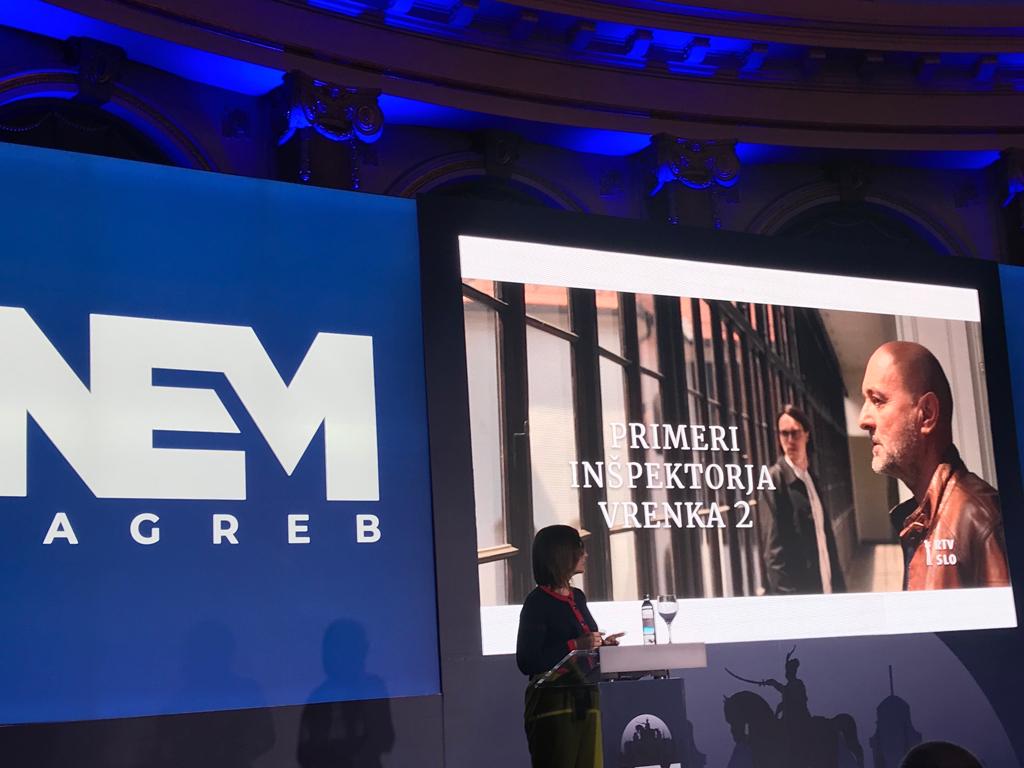 Since the creation of the serial Jezero, the production of RTV Slovenia has become noticeable and recognizable both in the area of ​​the former Yugoslavia and in Central and Eastern Europe.

The decision of Television Slovenia to start producing high-quality serials instead of traditional comedy serials and soap operas (quality drama series) was the result of consideration of the strategy of the Played Program, which he leads Jana Virk. With a minimalist team in the composition John Pirc, Barbara Daljavec, Dolores Šebat, Andrej Vajevec and Dijana Martinc have put Television Slovenia on the map of quality European production. At the same time, we should not ignore the fact that the Slovenian audience also rewarded the serials with above-average viewership both on television and online. 14% viewership (rating) Lakes followed by a 17% viewership Inspector Vrenko’s exampleswhich we will be able to watch in the second season of the series on Television Slovenia from January 8, 2023.

Today, Barbara Daljavec, executive producer, presented the production of Television Slovenia, the series Jezero, Leninov Park and Valley of Roses, Primeri inspektor Vrenka and Trigrad to the audience of NEM, the international content festival for linear and non-linear platforms, which is currently taking place in Zagreb. The festival talks about content that is in the making and content that has achieved great success in the local and wider environment. The presentation of Televizija Slovenija met the interest of video-on-demand providers, who are looking for an original European production with resonance beyond the local environment. The Trigrad series attracted a lot of interest, as science fiction and mysticism series are especially popular among young people in Europe, which is the content of the said series.

Presentations of excellent series from all over Europe take place at NEM, from Scandinavia, Benelux, Italy, Spain to Bosnia and Herzegovina, Croatia and Serbia. In the competition of young screenwriters, on Wednesday evening we saw the presentation of three draft scripts for series (scripted formats) and three for so-called entertainment and educational programs (factual entertainment/unscripted formats). Young screenwriters presented a series about the hunt for NFTs (non fungible token), which can potentially also take place in Ljubljana, a series based on the true story of woolen products from Sirogojn and the story of a woman who has an imaginary assistant in her life, her grandmother, and visits a psychologist to get rid of her grandmother. Among the projects for entertainment and educational shows, a project of a show for the elderly, series for several platforms, Divorce, and a show for potential astronauts were presented. Every day there are also discussions about co-productions, about content that is relevant today, about trends in the media, and the stories of experienced producers and story developers are extremely interesting. He was one of the more interesting speakers Frank Spotnitzan American who came to Great Britain in 2010, known as one of the creators of the series The X-Files. For him, moving to Europe and working with different actors was a turning point. He stated that it is extremely important for someone working in the media industry to stay humble, keep learning and improving, because even when you’re great, especially in the media, the next moment you can be the worst and burn out. His perspective that everything is changing in the audiovisual industry and you can never be good enough if you don’t keep up with the times keeps him among the best content creators.

In the area of ​​Central and Eastern Europe, NEM opens up space for agreements on new projects, for creating new connections, and at the same time, a space where new opportunities open up in the working atmosphere, especially for younger creatives.

Brazil's president promises an end to loggingMore than a third of the Amazon rainforest, the world's largest, has been degraded by drought and human...
Previous article
Chile signs modernization deal with EU: ‘Government is not against free trade agreements’
Next article
The women’s red team has maintained its place in the FIFA rankings: it is still fourth best in South America