Splits and splits: from Slovenia to Great Britain and back 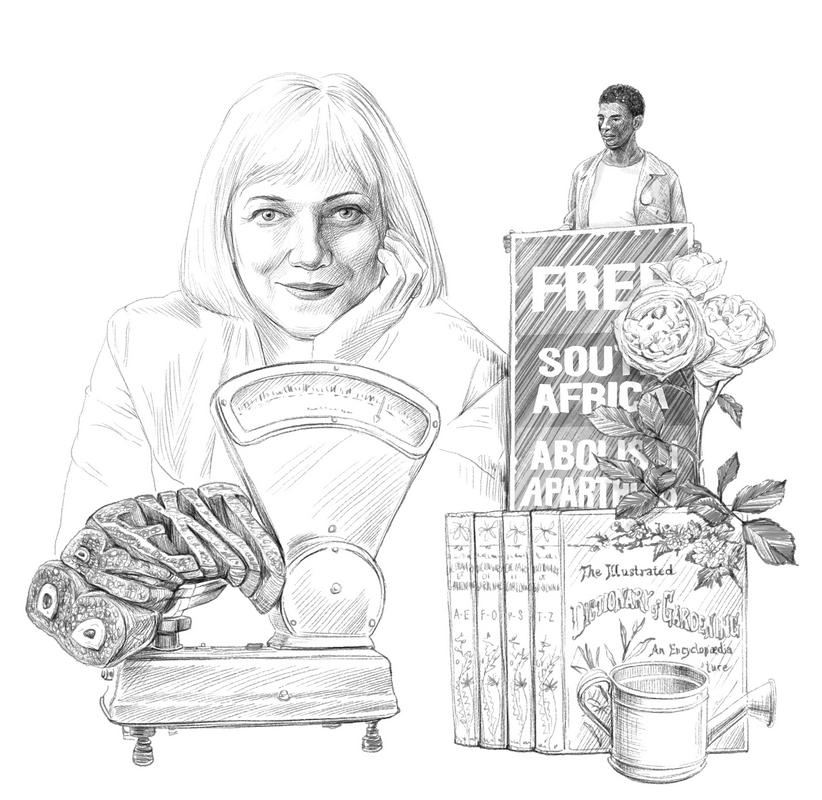 I first visited Great Britain as a student in the early 1980s. My friend and I were wandering around Europe with Interrail, when I remembered my mother’s cousin Alenka’s invitation to call on them in Wales if the journey took me to Great Britain.

And when my friend and I finally found ourselves in a small village near Bridgend, it seemed to us that we had returned to the 19th century, or even further back in history. Alenka came to this village in the mid-1950s, when she met a British family in Postojna Jama, where she worked as an English student, who invited her to babysit their children for a year.

Coincidentally, during Alenka’s stay at the estate in Wales, love developed between her and the master’s younger brother John. Alenka and John got married, had three children and started living in a converted old mill, in which Alenka, who was widowed a few years ago, still lives today. When I visited Alenko for the first time, I was fascinated by her knowledge of British literature and history. Every old house she showed me in the village had centuries of history.

Alenka and John’s house was full of old books, which they both read with passion. With the fire crackling in the fireplace, English sandwiches and tea, we talked so late into the night about literature and also about the old clocks that John restored. I visited the magical village in Wales many more times, and every time I left it, I shed tears of nostalgia for the lost times, which were probably never as romantic as I imagined them to be with a book in hand in front of a British fireplace.

The great class and racial differences that have always strongly crossed Great Britain as a great colonial power became apparent to me during random conversations I had with Alenka’s neighbors. I remember that I once locked horns with a neighbor, a landowner who had returned from a trip to South Africa, which was still heavily marked by apartheid, on one of my first visits. The man enthusiastically told me about his trip, but then mentioned that he was very saddened to see the untidy gardens of the black population. He concluded his story with the thesis that if a man does not know how to tend his garden, we cannot expect him to take good care of his country. I then met this man again when apartheid in South Africa ended. He told me how he visited the country again because his son had settled there with his black wife. I poked at him a little mischievously if he still thinks that the majority black population can’t take care of their country because they have untidy gardens. The man laughed, saying that he wouldn’t announce something like that publicly again, but he still thinks that a garden says a lot about a person.

A similar thing happened on my first visit to Oxford, where I went with Alenko and John to visit their family friends. I was surprised when, in conversations with my peers, I realized how little information they had about the world I came from. A history student asked me if we had television in Yugoslavia, and his colleague doubted that I had ever seen television commercials.

Class and racial differences were soon joined in my perception of Great Britain by differences in the perception of gender roles. When I got a scholarship for a few months to study in London as a master’s student, I found a room in an apartment shared by three girls my age who came to London with the intention of finding a husband. The girls were from wealthy landed families and worked as nannies or secretaries in London. They kind of reminded me of Princess Diana, who just then shone in the media and also worked as a nanny before marrying into the royal family. My roommates marveled at me because I spent so much time in the library and because it was important to me to get a good education and become financially independent.

My visits to Great Britain in the following years were extremely interesting. We made lasting friendships with friends from academia. We wrote books together, organized conferences, visited each other, explored interesting Slovenian and British restaurants. London has always been a cosmopolitan city where nations mingled. After many Eastern European countries became members of the EU, London gained a lot. Restaurants with cuisines from all over the world opened there, the British were fascinated by Polish builders, Slovenian philosophical and psychoanalytical theory, Italian prosciutto and French wines. Whenever I went to visit British friends, I had to bring potica and venison salami. And when British friends came to my place, they returned stocked with other Slovenian delicacies.

And then Brexit happened. My friends in Great Britain sincerely hoped that their country would not leave the EU after all. Among the random interlocutors, especially in the British province, I met quite a few people who were very enthusiastic about the possibility of Britain taking its own path. I remember performing at a festival in the magical town of Hay-on-Wye just before Brexit and many locals telling me how they had enough Bulgarians coming to them for temporary work picking crops and then hoping they would be in their area also receive medical care. This makes it harder for locals to see a doctor, they told me. When I asked the interlocutors who would pick their crops if the Bulgarians were gone, they optimistically declared that they had many unemployed people in Great Britain who could do this work. Well, my interlocutors did not forget to add how much they enjoy their travels in Spain and how they hope that Brexit will not take that joy away from them.

Immediately after Brexit, I flew from Copenhagen to London. In the line of people waiting to board the plane, one of the passengers grumbled loudly about how terrible it was that so many people wanted to come to Great Britain and they didn’t even speak English. When the carrier announced that the plane would be delayed fifteen minutes upon departure, the man began to argue that this was only happening because the plane was bound for London. If it was a flight to another country, there would certainly not be a delay. The man then concluded that after Brexit, Britain will no longer allow itself to be humiliated like this. In the next phase of loud complaining, the man tried to engage me in conversation. When I continued to complain about all these foreigners who come to Great Britain and do not know English, when I asked him if he might speak Danish, he thought for a moment and said that as a tourist who only visited Denmark for a few days , does not require knowledge of this language. The people who flock to his homeland, however, are only pretending to be tourists, when in reality they want to move there.

Both the UK and the EU have a lot to lose from Brexit. Many professors and researchers have launched EU-funded projects elsewhere. Polish builders have returned to their homeland and Bulgarian agricultural harvesters are coming in much smaller numbers. Many Britons would no longer vote for Brexit today. The most disappointed are looking for various ways to obtain a passport from one of the EU countries. Many of them therefore rediscovered their ties to Slovenia. It seems to me that after Brexit the planes are even more full of British tourists coming to our country. Many of them know that more than thirty years ago Slovenia decided to become independent, but they wonder what good the secession from the EU has brought them.

Renata Salecl she is a philosopher and sociologist. She is a full-time professor employed at the Institute of Criminology at the Faculty of Law in Ljubljana. In Great Britain, she was a visiting professor at the London School of Economics and at King’s College London, and currently teaches at Birkbeck College, University of London. Her book The tyranny of choice has been translated into 15 languages. In recent years, her last books have also been translated into several languages Passion for ignorance and Human to human virus. Her new book will be published in 2023 by Mladinski knjiga Rough time.

Previous article
who wishes you good? – world newspapers
Next article
Prince Harry in memoir: “William grabbed me by the collar and knocked me to the floor”