London’s Natural History Museum under fire: made a deal with an oil company 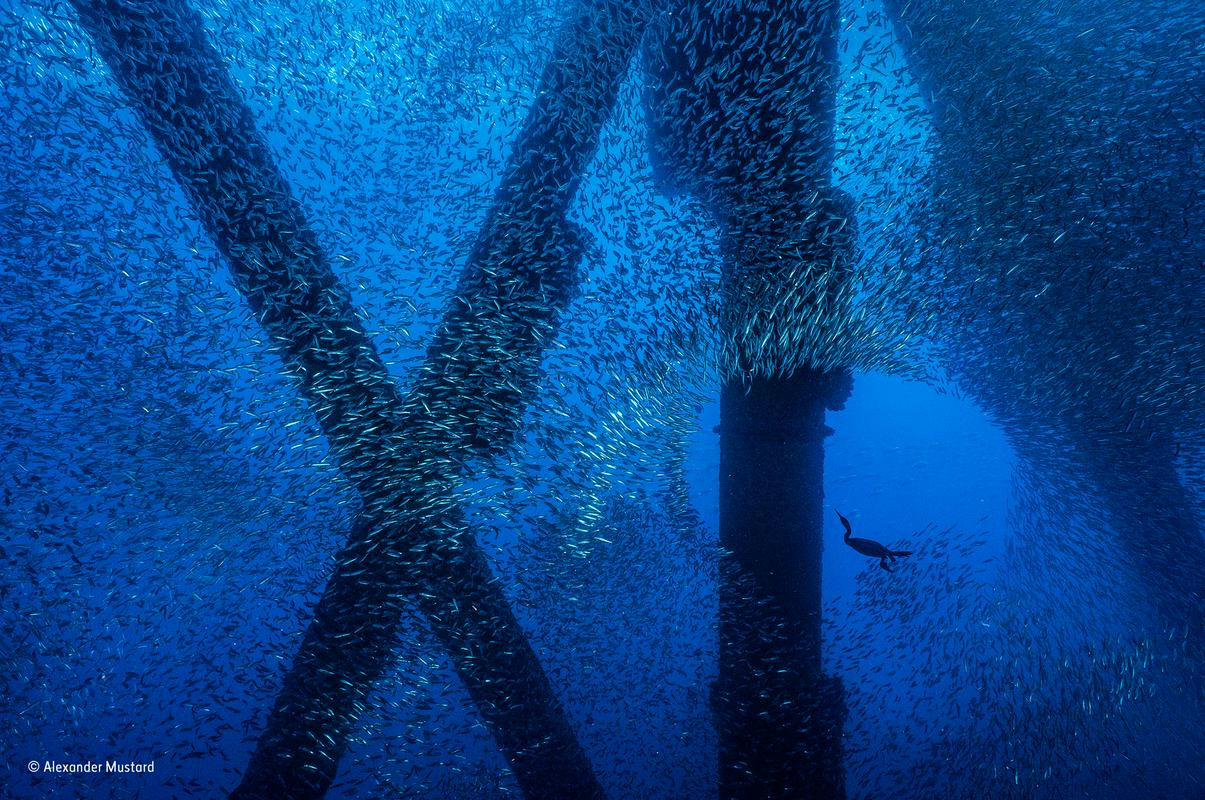 The management of the British Natural History Museum has come under fire: they agreed to a ban on critical expression about the Danish oil company, in exchange for the latter sponsoring their photography competition on the theme of wild animals.

For example, there was photography at the exhibition that accompanied the competition Alex Mustard, who captured a cormorant fishing under an oil rig in the open sea. A photograph Rig Diver accompanied the inscription on the wall: “In principle, drilling for oil has no positive impact on the natural world, but oil rigs can provide shelter and a rich supply of food for many species, such as Brandt’s cormorant.” Nowhere in the exhibition were the negative effects of the oil industry on the marine ecosystem outlined or shown.

By signing the contract, now disclosed by the news organization Point Source and summarized by Britain’s Guardian, the Natural History Museum agreed that they would not “make any statements that could harm the reputation or discredit” the oil company in question. Environmental groups therefore accuse the establishment of these “greenwashing“, i.e. fake and only superficial environmental awareness. During the period when the contract was signed, the company Dong Energy, which mainly pumps in the North Sea, was worth more than a billion dollars. The museum’s photography contest has been sponsored since 2016, and the contract expires in June 2023.

Corporations should not be allowed into museumsFossil Free London is publicly calling on British museums and related institutions to stop signing contracts with large corporations that require them to engage in this kind of self-censorship. “It is completely unacceptable that the information visitors to British museums receive can be influenced by large corporations,” emphasized representative Robin Wells.

“Standard Clause”In a press release, the Natural History Museum emphasized that they have full editorial autonomy over their exhibitions and denied that sponsors could influence their content. “These types of contract clauses are standard in corporate transactions, but of course they can be misunderstood as far as our full editorial control is concerned.”

Orsted’s statement was similar: “We would never attempt to influence the views of the Natural History Museum or their high standard of independent, critical, fact-based assessment of all aspects of the energy sector if they choose to do so.”

Opening of the exhibition of original forgeries by Marcelo Valentini in the Vžigalica GalleryWhile studying painting in Italy, Marko Premrl, who works under the...
Previous article
19 people died in the incident in China. The truck drove into the funeral procession.
Next article
After Croatia’s entry into the Schengen area, long queues at the borders with Bosnia and Herzegovina, Serbia and Montenegro