The Ironworks Museum prepared the exhibition, but has nowhere to put it 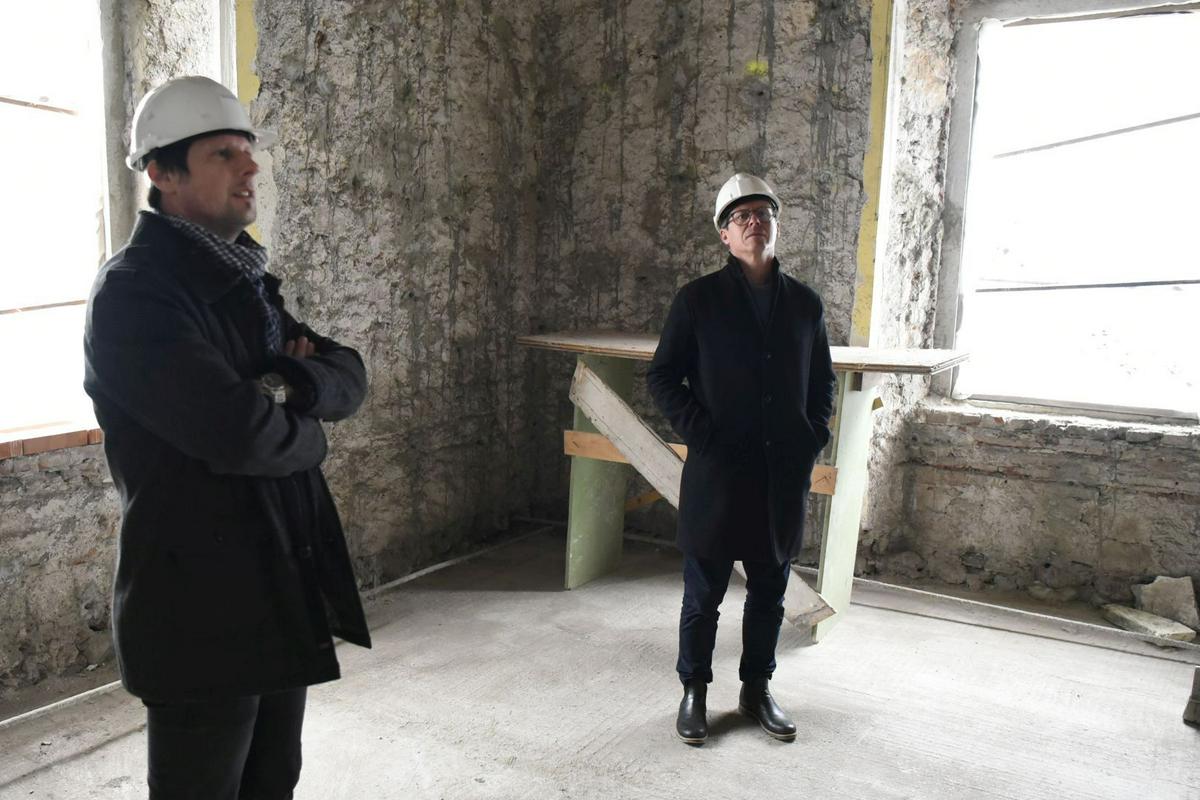 The renovation of Ruard’s manor was delayed

Four and a half years have already passed since the beginning of the renovation of the half-thousand-year-old Ruard manor house, which is the home of the Jesenice Ironworks Museum. The Gornjesava museum in Jesenice has already prepared a new permanent exhibition, but is now waiting for the possibility of its installation.

The new mayor of Jeseniš supports the continuation of the renovation, counting on the help of the state.

A wood fungus ate up the plans and tripled the costsIt is clear that the municipality will not be able to complete the renovation by itself. The renovation, which began in 2018 and should be completed in 2020, was originally estimated at around 2.2 million euros. Mainly due to the necessary rehabilitation of the wooden mushroom, the price increased to as much as six million euros. The municipality has already invested around three million euros in the restoration and now in the rehabilitation of the wooden mushroom. However, she did not manage to obtain larger national or European funds for the project, so she will not be able to continue with the renovation.

On the initiative of the previous mayor Blaž Račiča representatives of the Ministry of Culture visited the museum area of ​​Stara Sava before the end of last year, to whom Račič explained the importance of Ruard’s manor house, which is a cultural monument of national importance, both in person and in writing several times before. At the same time, they did not receive guarantees about financing from the municipality. They continue to actively monitor announcements of upcoming public tenders, where they could compete for the missing funds.

They desperately need a tender and state fundingThe new mayor of Jesenice is also in favor of continuing the renovation with the help of state co-financing Peter Bohinec, which comes from the SD species. He is also in contact with the Ministry of Culture and expects that a new tender will be published this month, to which the municipality could apply, in order to close the financial structure for the completion of the renovation of the manor house.

“There is no doubt that the project must be completed,” he emphasized and added that Jesenice needs such a facility. It is an important cultural or industrial heritage and a place for education and learning about the past. However, the project is such a large financial burden that the municipality alone cannot handle it with a budget deficit, explained Bohinec.

Ruard’s Manor, for which the Gornjesava Museum Jesenice has already prepared a new permanent exhibition, remains closed, at least for the time being. However, visitors to Stara Sava can see the other buildings of the 16th-century smelting settlement with the remains of the technical heritage of the 18th and 19th centuries. Among other things, the workers’ apartment in the barracks and an open-air museum are on display, said the director of the Gorenjsava Museum in Jesenice Aljaž Pogačnik.

As he announced, piece by piece they will also begin to present the content, which will later be fully presented in the restored version Bucellini – Ruard’s mansion in the Slovenian Ironworks Museum at the new exhibition entitled FeNomen.

The contents for the exhibition have been prepared and proofread, the restored and conserved items are waiting in depots, the exhibition catalog has also been prepared, so they are just waiting for the opening of the mansion. “We remain optimistic,” pointed out Pogačnik, who is convinced that it is in everyone’s interest to start the renovation, for which they started preparing 20 years ago, but finish it as soon as possible.

Syrian doctor: Being a doctor under these circumstances is the worstAfter the devastating earthquakes in Turkey and Syria, rescuers are racing against time to...
Previous article
Citizen Power Eliminates Alliance with Arena and FMLN
Next article
Carlos Villagran bids farewell to the character of “Kiko”.