I am an anthill of tiny deaths: a tribute to the Prekmurje poet Milan Vincetič 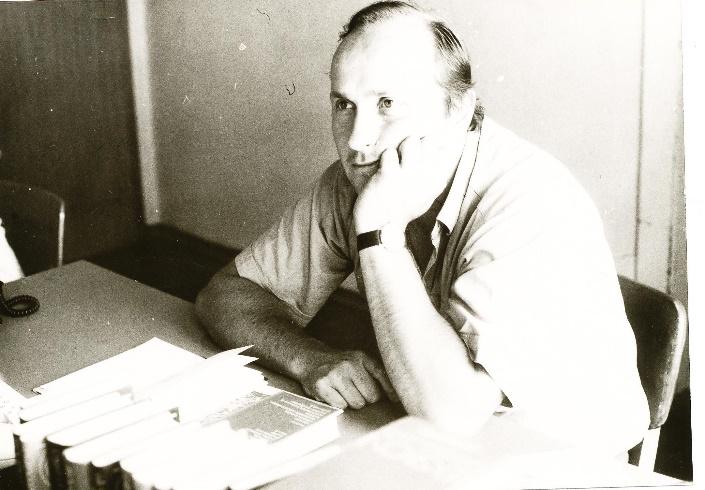 At the Faculty of Arts in Ljubljana, a special event was held to remember the Prekmurje literary creator Milan Vincetič, who passed away a little over five years ago, in the fall of 2017.

They will pay tribute to him with the screening of a documentary film I am an anthill of tiny deaths and the presentation of a book of his unpublished poems entitled Fasted.

The film and book were created and published in his memory by the Slavic Society of Prekmurje, Prlekije and Porabje, which is also the co-organizer of tonight’s event in Ljubljana. Both the film and the book were presented last October on the fifth anniversary of Vincetić’s death in Murska Sobota, according to the reporting of the online newspaper Vestnik from Murska Sobota.

Documentary I am an anthill of tiny deaths was created according to the script Stefan Kardoš and directed Jožet Glažar, who also shot the film. Vincetić’s varied verbal creativity and his human face are represented by his relatives, friends and literary companions, and the film narrative about him is rounded off with his questions Ksenija Horvatthe content of the film was summarized by the Society of Slovenian Writers (DSP).

In a poetry collection Fasted are a collection of hitherto unpublished poems by Vincetić from his early creative period and from his literary legacy. Vincetić’s poetic words are accompanied by a discussion of fine art images by academic painters Sandi Červek and Mirko Rajnar, and an extensive bibliography and a foreword by Francia Justa are also added to it.

Life and work connected to PrekmurjePrekmurje literati Milan Vincetič, who died in 2017 at the age of 60, was a prolific creator. He wrote poetry, short prose, dramatic texts, radio plays and novels. He entered the history of Slovenian literature primarily as a poet. He contributed an extension of modernism to Slovenian poetry. The theme of love prevailed in his poems, he wrote in condensed poetic language. In 2005, he received an award from the Prešeren Fund for the Lakmus collection.

Second winner of the Cup of ImmortalityIn addition to literary work, he also taught and edited. After studying at the Faculty of Arts in Ljubljana, where he graduated in Slovene studies, he first taught at the secondary agricultural school in Murska Sobota and was concurrently the editor of the magazine Separatio. Later, he was an editor at Pomurska Založba, an editor for lyrics at Sodobnosti and an editor for literature at Mentor magazine. He taught Slovenian at the Secondary Vocational and Technical School in Murska Sobota until his death, and lived and worked in his hometown of Stanjevci.

When writing, he was interested in ancient historical times, in which history and myth intertwine. He presented the revival of the past world with turns from gentle to coarse language, from painting details to wide views, and in his songs he explored sound and searched for new meanings of words. He also published two books of stories for children, both in literary Slovene and Prekmur, in order to revive Prekmur literature.

His poetry collections have been translated into French, Finnish, Croatian, Macedonian and Hungarian, and he has also been active as an author of book reviews and essays.

In 2007, on World Poetry Day in Velenje, he was presented with a poetry award cup of immortalitywhich was awarded for the second time that year.

Pompeii equipped with inconspicuous solar cells, which are also planned in Split

In Pompeii, they emphasize that their initiative is not merely symbolic in natureInvisible solar panels have recently been installed in the area of ​​the...
Previous article
In Brazil, 1,500 people were arrested after breaking into Congress. Bolsonaro hospitalized in Florida.
Next article
The quarter-finals are more of a wish than a reality