Stories of our places: from Dolina via Butal to Rezia and back 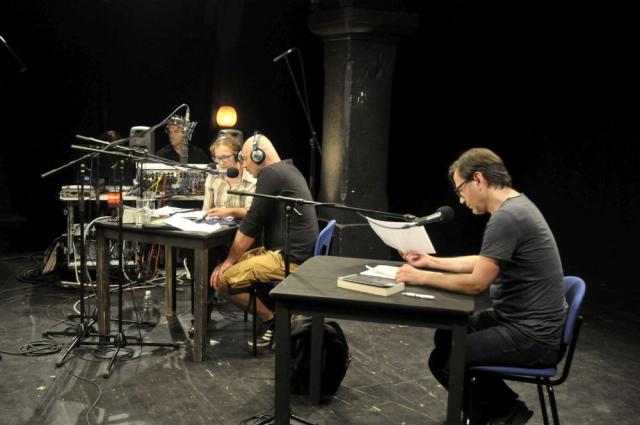 Radio play during the week of January 16-22

This week’s set of radio games on Radio Slovenia offers a unique audio journey through the Slovenian landscape to its inhabitants, events and problems.

Genre-diverse radio works are, in one way or another, placed in our home landscape and, through fictional plots and denouements, reflect not only the beauty, but also the darker sides of either caricatured or very realistic Slovenia.

In Dolina, once the largest natural gas deposit in Slovenia, which was rehabilitated and closed ten years ago due to depletion of reserves, new probable natural gas reserves are discovered with new research procedures – but they can only be depleted by such a procedure that causes large-scale environmental pollution . This is how the author’s documentary radio play begins Rakef of Saxony with Title Percussionwhich directed Alena Jelena opens a new week of radio play at the Editorial Board of the ARS radio play program. The protagonist of the game with an environmental-political theme is the journalist (with a significant name) David Goljat, who, together with a civil initiative and environmentalists, is fighting against the destruction of the valley, with the concessionaires and the state opposing them. The suspenseful fictional story is supported by documentary material recorded in the field with people who experienced the destruction of nature in their environment.

Also Tuesday’s radio game on the First Program Whoops, Cefizelj it takes us to a kind of modern Butala, where the mentality of benefit and exploitation seems to be more and more harmful to the individual. Author of the radio play Francis Rudolph he also directed his own play, and is otherwise the author of several other radio plays for adults and children, novels, songs, screenplays and dramatic texts. On Thursdays, on Radio ARS, there is a radio play set in a universal (but in a way very Slovenian) environment A critical report. In an hour-long grotesque allegory by the author Mark Švabić in the form of a reportage (the director of the radio game is Igor Likar) are the highest universal authority with the title of the High Triumvirate – the triumvirate was occupied Radko Polič, Polde Bibič and Majda Potokar – sets out to shed light on the existence of a universal young hero.

In a short radio game on Wednesday on the ARS program, we travel to Rezia in Italy, where Slovenian singers sing a song with one beginning and four endings. This Song has four daughters: the first is called Mountain, the second is Death, the third is called Eternity and the fourth is Valley. All four of them sing, and Time once heard them. Out of the silence he perceived their voices as the singing of the Sirens, calling him to them. A short original radio play Matjaž Jarac (who also directed the play) and Jaka Jarac with Title The song of the sirens is a sound impression of a poem that ends differently every time and of myths that echo the fate of the world. But how will the middle of the songs end?

Saturday’s short radio play on the First Program takes us back in history to the turbulent period of the beginning of the First World War. A radio play Prophesied is according to the motifs of the narrative Frano Saleški Finžgarja author and director Spela Kravogel created on the hundredth anniversary of the First World War. In an audio vignette with a documentary background, we listen to the monologue of the protagonist, the pastor, in interpretation Pavle Ravnohrib at the moment when he has to inform his parishioners about the proclamation of general mobilization – namely, the First World War has begun.

Even the term of radio games for children is colored by locality and travel: game Franet Puntar with the title How did it go Aunt Mica got used to hating cows is the story of a slightly withdrawn, but extremely nice Aunt Mica, who, together with her nephew Matejko, visits her relatives in the countryside for the first time. The radio play, which offers the aunt and nephew plenty of adventures that lead to new challenges and new experiences, was directed by Jože Vozny.

A colorful week at the Feature Program Editorial Office thus offers the possibility of a short but intense immersion in other (still domestic) places, times, other people and above all their stories – all that is necessary and important is (just) listening.

Previous article
Farewell to the radio personality with the longest career in the world, which spanned six decades
Next article
To the Giants’ surprise, Jacksonville rallied after trailing 0:27