Excuse me for splashing?Casio denounces rise in false accounts after Shakira’s song on Pique 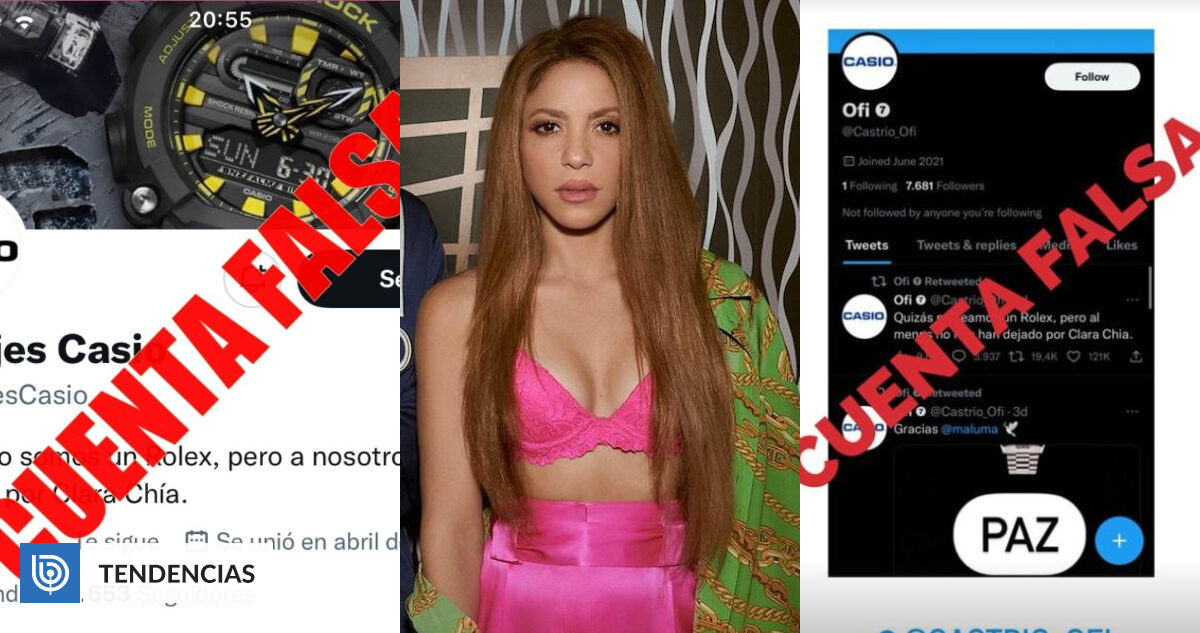 A statement was also released over the weekend, promoted by one of the brand’s fake profiles. “We remember the importance of verifying sources,” they said.

After bringing in over 123 million visits in four days, BZRP Music Session #53 Shakira and Bizarup continue to give people something to talk about, especially after the reactions of Gerard Piqué and watch brand Casio. They denounce a series of false statements after the subject.

Specifically, various tech device brands came to the fore after the Colombian artist sang various hints to her ex-partner, including: You traded your Rolex for a Casio. ”

As such, the line went viral and responded to the artist with humor. In addition, Various parody accounts also emerged with false responses that the brand began to denounce.

However, the intervention of former footballer Gerard Pique made everything worse. The one who winked even to the song. Specifically, players appear in online events kings league with a watch of that brand.

“Major announcement: Casio gave us a watch. We have a contract with Casio and the Kings League has reached an agreement with Casio. ” he said while showing the accessory on his wrist during the live broadcast.

“Is this a joke?” asked some of the streamers who were with him at the time.

A few days later, the international media Began spreading the brand’s supposed reaction to the Pique announcement refuse any kind of agreement.

The publication, shared by various accounts claiming to be from Casio, said, “We request that you stop using our brand without permission. This is to prevent legal action. ”

BioBio Chile In an earlier note, he confirmed how the brand’s various fake accounts have proliferated, and confirmed that the watch and calculator brand’s official website only offers one social network. . FacebookThere is a Casio Academia page there, Responsible for promoting the calculator, no mention of the song.

So, this Sunday, Both accounts have come out to deny that statement asserts, “Twitter, Instagram, and Tiktok show many accounts masquerading as Casio’s official media.”

“We remember the importance of verifying sources. Statements and messages published on these accounts are not official. ” commenting on both Tweets and Instagram Stories.

The account denounces at least six false profiles of brands. They’ve published what they purport to be a response to Shakira and Pique. In any case, when searching the official social networks, multiple “parody accounts” usually appear before the real ones.

Many accounts pretending to be Casio’s official media have appeared on Twitter, Instagram, Tiktok, etc.
We remember the importance of verifying sources.
Statements and messages published on these accounts are not official.@ Casio Team @ Casio official @ Casio official pic.twitter.com/1QUHPoRY9E