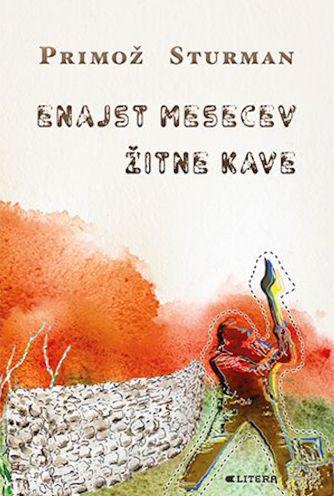 Primož Sturman is a thinker of borders, also in literature, as the title of his first book, a collection of seven short stories, Gorica je naša, indicates.

The title is, of course, a paraphrase of that fighting and mobilization slogan from the mass events, with which the liberators of Trieste, in the period of the post-war division of the Slovenian territory of Trieste, demanded that it belong to Yugoslavia or Slovenia in the name of this liberation, as well as the ethnic composition. However, Sturman’s fighting motto, just like in the Slovenian film Trieste is ours! of a more comedic nature. In a similar way, national pride is also ridiculed in the prose of Dušan Jelinčič, where in the Trieste stories the memory of the persecution is triggered by an old veteran and patriot who already has very little memory. In both of Sturman’s collections to date, as well as in the Synthes, where the stories are more condensed and sometimes in the form of dialogues without any narrative layers, there are mostly characters from both sides of the border, including those for whom the border is extremely important, if not otherwise, because of their profession , be it fishing or smuggling. Sturman is a professor at the Lyceum in Trieste, where he teaches Slovenian and history.

Even in the novel Eleven Months of Cereal Coffee, the border is crucial. “mother didn’t like them, father didn’t care”, he says. We know that Lorenzo’s mother’s language is Slovenian, he and his father spoke Italian, as he had nowhere to learn his wife’s language.

Lorenzo deals with matters of language and literature, teaches, apparently in Trieste or on its outskirts, and hangs out with his divorced colleague Anna with two children, but when he buys a house in a Karst village across the border, they rarely see each other. For the most part, it is more his fault, or his reluctance and growing attachment to the village he moved to and its inhabitants, as well as a conflicted relationship with one of his neighbors, which Lorenzo then dramatizes to the end and which shows his social exclusion, perhaps also inexperience . “Then I went up to where I am now. There are no more borders and I hope there never will be. They speak my mother’s language here and live like at her home in Istria,” he wrote in one of the more personal and confessional parts of the text written in italics.

The novel consists of zippered chapters in which different narrators alternate. One is omniscient, authoritarian, elevated above his and partly also her monologues and descriptions, the community also speaks above all as a kind of tragic choir, as a collective, and it seems that the search for roots is what characterizes Lorenzo the most. He is searching for his identity and is also a little twitchy and persecutory, from small disputes with the locals, who of course tease him, and even if he were not a foreigner, he would be a bully, but then maybe he would be more sovereign and feel less threatened and surrounded by evil rumours. Anna is a lover and a colleague, she seems to be braver and less burdened by what those around her will think of their relationship, especially the students, of course, who find it difficult to curb their curiosity, and she is also less sensitive to issues of nation and identity.

The reason for the eleven months on the grain or similar counterfeit coffee is not the lack of coffee as in the eighties, when it was not available, but because Lorenzo gets too excited and then fights, often and excessively. At the same time, eleven months is almost a year, and similar to Nataša Kramberger’s Comparable Hectares, Sturman’s novel is organized according to a kind of sowing calendar; We follow Lorenzo from planting the vines to setting up the threshing floor, planting and burying the potatoes, ending with clearing an overgrown path to a nearby winemaker, and he seems to become more and more involved in the community and its rituals, listening to when the moon’s cycles are most favorable for individual tasks . He tries to belong, he wants to find contact with people and the earth, to fit into natural cycles; on the one hand we have somewhat long-winded reports from regular conferences and remedial exams, i.e. some chamber banalities, on the other hand an almost inhumane departure to the countryside and an attempt to integrate into the new Slovenian community. An experiment with an uncertain outcome so far.

Sturman often gets bogged down in lists of works in the countryside and small chats with Karst locals, in addition to Italian from school, there is also a clumsy, radically written coastal dialect, or the Karst dialect, along with a kind of objective speech. Lorenzo seems to be more of a divisive figure than a novelistic hero, his episodes quite mundane. Apart from the occasional excitement and apparently panic attacks, when he breathes behind the closed doors of the fighter, the most that happens to him is precisely the consideration of borders and nations. Although in the end he takes a motorcycle and a chopper and will obviously break out of partial lethargy and the feeling of alienation, of not belonging.

Previous article
Zorman’s only complaint: we didn’t stick to the agreements
Next article
Blackout Challenge: A Dangerous TikTok Challenge That Adds A New 12-Year-Old Victim?