Spacey at the Italian Lifetime Achievement Award: With this award, artistic achievements are defended 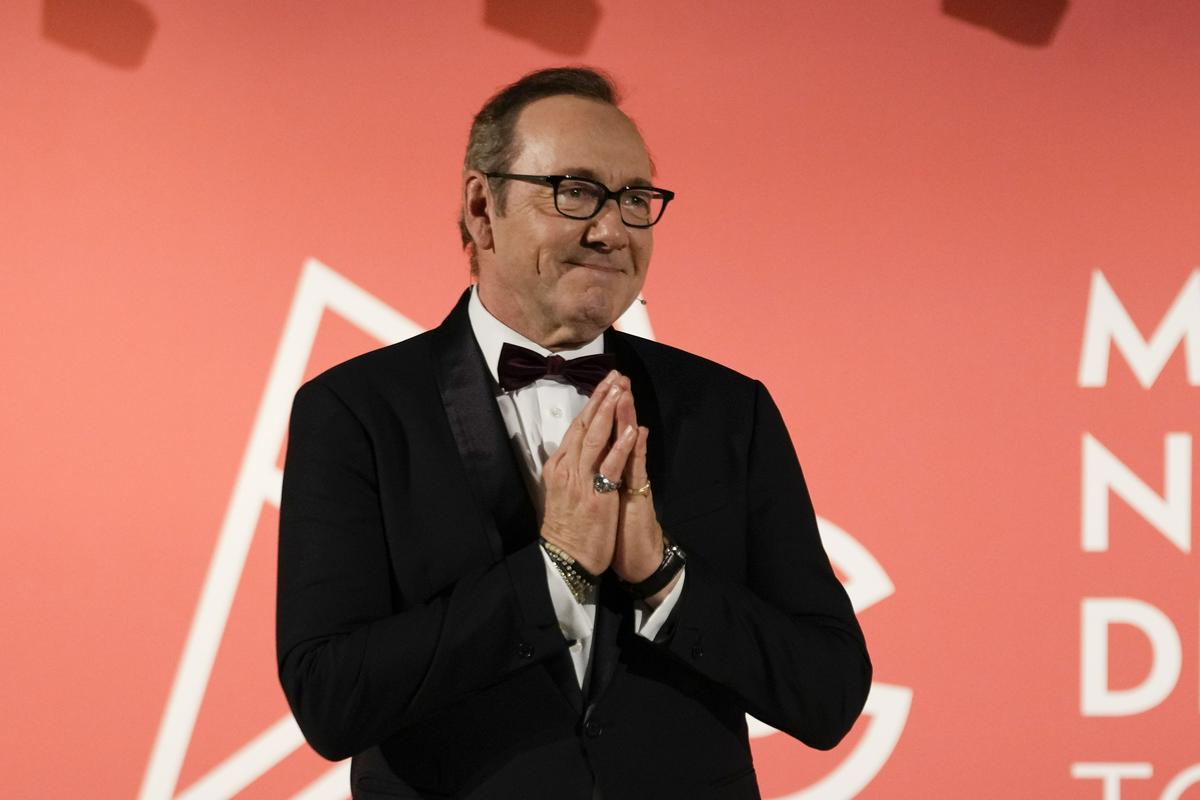 Award ceremony at the National Museum of Cinematography in Turin

Oscar winner Kevin Spacey, who was crowned with the stella della mole lifetime achievement award at the Italian National Museum of Cinematography in Turin, in his thank-you speech highlighted, among other things, their courage in being awarded and invited.

Kevin Spacey he was also a guest of a public master class led by the director of the National Museum of Cinematography Domenica De Gaetana. The actor discussed his key roles at the master class and presented the film to a sold-out audience American beauty (American Beauty), for which he received his second Oscar in 2000, namely for the leading male role.

Museum “he had ‘le palle’ to invite me““I am truly blessed, grateful and humbled. And my heart goes out tonight to the National Cinema Museum for having the ‘le palle’ to invite me tonight,” is according to reports Associated Press (AP) Spacey said. In his statement, he used the Italian word for a male body part synonymous with courage, drawing cheers from the master class audience. “By presenting this award, they are passionately defending artistic achievements and should be applauded for that,” he added. There are, for example, actresses among the winners of the stella della mole award Isabella Rossellini and Monica Bellucci and the director Dario Argento.

The sold-out masterclass events with Spacey marked his first speaking engagements in five years. After numerous accusations of sexual misconduct surfaced, the actor lost the lead role in the series House of cards (House of Cards), in which he portrayed the character of Frank Underwood, and new offers began to dry up.

Emotional thanks to the manager and Franco NeroThe player did not directly address the allegations either during the course or at the award ceremony, but noted the loyalty of many followers. “The bonds I share with them will not be easily broken by the limitless, ever-changing ‘mob’ ties.With a lump in his throat, he thanked his manager To Evan Lowenstein for support and calling him the brother he never had.

He further added that “extremely grateful” also to the Italian director and actor Franco Nerowho engaged him for a role in the film The man who designed God (L’uomo Che Disegno Dio). Nero, who directed this film shot in Turin, stars in it, and it also stars Faye Dunaway. According to the AP, Spacey will also attend the pre-premiere of the film, which will be held in Rome this week.

In June, the start of the trial in LondonThe 63-year-old Spacey will go on trial on June 6 on charges of sexual assault, which he allegedly committed in Britain between 2001 and 2013. The first indictment charges him with four counts of sexual assault against three men, and the second with seven counts of assault against one man. . The actor pleaded not guilty in both cases.

Leipzig without Kampl only up to a point in CologneSebastien Haller provided the story of the 19th round of the Bundesliga. The Frenchman...
Previous article
They insist that the causes of war should not be forgotten. NI Asks to Focus on Victims
Next article
The new German defense minister is Boris Pistorius