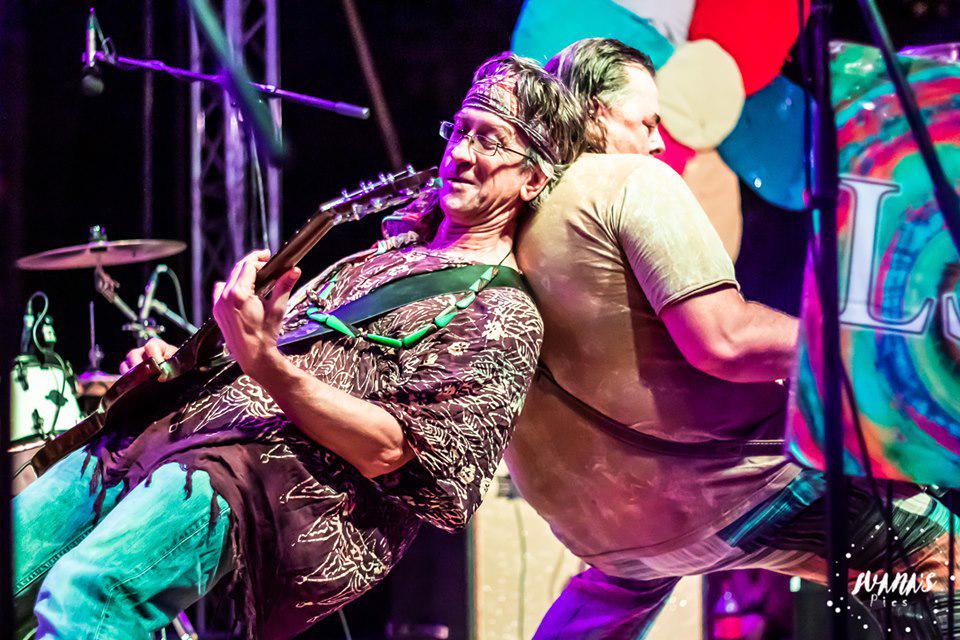 Coastal casualness, humor and social criticism. Zmelkoow has been enthralling young and old with their music for three decades, but despite the long mileage, they remain active. The fresh album 10/10 will be followed by big concerts in Ljubljana and Maribor.

The people of Koper are waiting for two big concerts – in the Šiška Cinema (January 25) and Štuk in Maribor (March 4). The first one has been sold out for some time, but not because it was the last one, even though it was titled The big farewell concert – for the first time. Many “bitten” on the stunt, although the group initially quite clearly betrayed that it was a joke.

“We always made fun of those bands who announced their goodbyes with great fanfare and then filled the halls on that account. Then they came back after a while, under the pretext that the fans demanded it, and they gave in to the pressure,” commented on the choice of concert name Gorazd Sedmak – Goga, frontman of the band Zmelkoow. In addition to the tracks from the last album 10/10 and evergreen hits, Goga also promises some surprises: “We will throw some pieces on the setlist that we basically never play. We want to spice things up a bit, so that we don’t always play the same songs, if it’s a bit more promoted concerts.”

Last year, Zmelkoow also released their tenth album, including 10 songs, and appropriately called it 10/10. As befits true veterans of the Slovenian music scene, they themselves rated it a perfect ten. The mischievousness and send-up are – as in most of the band’s songs – also on the latest record. Although at first glance most of the works appear to be purely musical comedy, many of the pieces are well-thought-out social criticism.

“Most of the songs on the album contain a certain pictoriality, with which we may point out things in society that we don’t like. Everyone can say something in a direct way, but that’s not art. The beauty of music is precisely that you deliver the message in an interesting way. , an intriguing, perhaps even ambiguous way. The charm of music lies precisely in this, that different people can interpret the same product differently. For me, this is also a measure of the quality of the music and the author.” adds Sedmak.

The album was also released on vinyl, but not because of the unexpected resurgence of LP popularity: “The key factor is our manager, who is a big ‘vinylophile’. When he took us under his wing, we released vinyl first. He reluctantly followed the rise of CDs at the time, but now that LPs are popular again, it’s a balm for his soul . He said that we can release a vinyl record again without a bad conscience.”

“We have fried calamari and cheap wine”

The album’s signature song for sure What are we missing? which achieved the most playing time on radio stations of all, and also achieved the greatest commercial success of all from the album 10/10. The song couldn’t have come out at a better time, because public morals were on the wane due to the coronavirus pandemic, and the optimistic nature of the song was exactly what the Slovenian public needed at that time.

Many people probably think that the song was purposefully written for the audience of that time, but this is not true: “This song is actually older. We released it five years before, on a maxi single, but that was more of an underground, ragga version. Our producer then said he was going to package the song a little differently to make it reach a wider audience. . We gave in somewhat skeptically, but now we don’t regret it.”

“Let’s aim the rockets at the stalls of cheap gifts”

The motif of social commentary in a humorous atmosphere can be found in almost all of the songs on the album. Happy December is a critique of festive consumerism and forced happiness, Ke’ mona eternal competition and the pursuit of money and power, Forensic scientist and media control over our minds.

“Basically, Forenzik is quite a critical piece, if it is understood correctly. It is about the fact that people do not realize how much the media actually squeezes us into molds with the selection of content. One of such things is series about forensics. It is the most obscure, a rare and miserable profession in the world, but they are presented as the most interesting people in the world. Girls jumping around them in miniskirts, action, there’s always something going on… But I said that I’m not going to talk about something in every song and I’d rather make a caricature to emphasize all this nonsense they fill us with.”

Sonja disturbs the bears with her sled

Gogi also managed to hide the message in the song She dreams of a sledgewhich is the fruit of the author’s nightmare in the studio: “The idea for the song came from the producer, who during sound adjustments always demanded that we say: “Sonja se sanja” because of the snickers. After one song, you have a suitcase full of Sonja, but after four or five albums, even more. I think that the producer’s sister could speak this phrase to the speech therapist. But the play is also critical, it is not just a joke, it is just packed into a joke basin. Sonja, as a representative of the human race, clearly disturbs the animals and the other helpless inhabitants of the forest.”

The composition provides a counterbalance to the joyful sounds of the album fever, which is a melancholic contrast to the moody and lively compositions. “That’s the reality too, life can’t be just a merry-go-round,” says Goga, adding that he dedicated the composition to those days when he is sipping a cold beer on the terrace of his favorite inn in the unbearable heat.

The heat will remind nostalgic people of the time before Zmeelkow, when more often than not the same band worked under the name Bayonet. Their sound at that time was a bit more raw and rock. The band sounded completely different then, even if not according to their wishes: “The different style in that period can be attributed mainly to technology, but also to the fact that we were high school students and had no idea,” says Sedmak. He remembers that at that time the groups got their time on the radio mainly by lobbying RTV, and private radio stations that were being created at that time started broadcasting them on the airwaves: “Perhaps we too would have been playing underground for 20 years, if private radio stations had not appeared at that time and played us. In fact, we were more lucky than smart.”

It’s just as difficult for young bands as it was when Primorci broke into the scene, but for completely different reasons. Most radio stations play well-established music indefinitely, but they pay attention to young bands only when they are relatively successful. “The media, instead of mirroring reality, basically create reality, and it’s quite distorted. Radio stations, which don’t have their editors, follow the line of least resistance. They only play hits and force it to the point of vomiting. We are such people that if we don’t resist consciously, then subconsciously we also listen to it. It dumbs people down and deprives them of a whole lot of very good music. You have a lot of good bands that don’t make it to the surface.“

Fortunately or not, Goga and company managed to penetrate the radio waves and also into the ears and hearts of listeners. There are few bands on home soil with such a long mileage – even if we do not consider the “Bayonet period”, they have been creating for thirty years. After such a period of experience, Sedmak confides, the exercises are more reminiscent of socializing and occasional strumming. He admits that with more effort the performances would be much more technically polished, but now they just shrug their shoulders at the otherwise rare mistakes on stage. Certainly the technical performance would be better, but the indifference and coastal “phlegm” approach is what makes Zmelkoow so attractive, both in terms of musical style and performance, which is still at a high level despite such a mentality.

Many groups that are “in years” cover up technical errors with playback, which the band categorically rejects: “This is repulsive to me. The background music is also recorded in advance,” says Goga, adding that there are “musical sinners” among young people as well. groups: “I lose my desire to listen when I see a drummer with a device giving him a rhythm, with an earphone in his ear. This is the beauty of live performances, we can listen to the recordings at home. For me, as a listener and performer, the main added value of concerts is mistakes, dancing and spontaneity. When someone decides to extend a solo and you’re not dependent on a matrix telling you how to play.”

Previous article
Audience Interrupts Natalie Nicloo’s Routine Due To Light Issues At Festival del Waso de Ormue
Next article
Nothing new – reading is in his blood: After 35 years, he read nothing new in the West again