Asta Vrečko: “It is about the merger of two museums and not about their abolition” 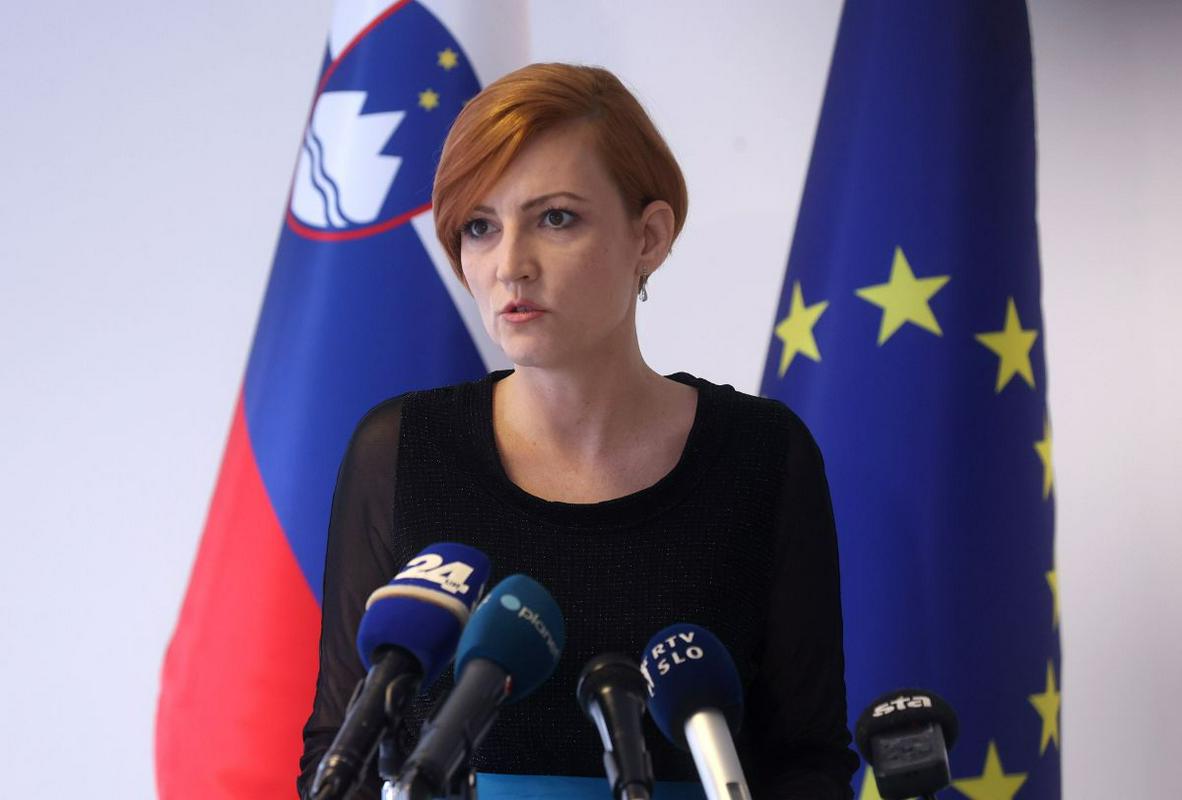 Reactions to the establishment of a new public institution, the Museum of Recent and Contemporary History of Slovenia

“We believe that one museum makes sense and that in this way we will be able to deal more transparently with the period of recent and modern history,” said Minister Asta Vrečko on the occasion of the merger of the Museum of Slovenian Independence and the Museum of Recent History of Slovenia.

President of the Association for the Values ​​of Slovenian Independence (VSO) Lojza Peterle regrets the government’s decision, SDS calls for the cancellation of this decision.

“By merging the Museum of Slovenian Independence and the Museum of Recent History of Slovenia into a new public institution, we followed the intention and many public calls and concerns that we have two separate institutions that cover each other when dealing with these issues. We believe that one museum makes sense and that we will be able to in this way more transparently dealing with the period of recent and modern history, which is mainly covered by the period of Slovenian independence,” emphasizes the Minister of Culture Asta Vrečko.

As we reported, the government decided to merge the museums and establish a new public institution, the Museum of Recent and Contemporary History of Slovenia.

Jobs are preservedAt today’s press conference, the minister said that the procedure will proceed in such a way that the acting director of the new public institution will be appointed. “The two museums will continue to work until they are entered in the court register. The jobs will be preserved with the establishment of a new public institution, it is a merger of two museums and not their abolition,” she emphasized at the same time.

According to her, the decision to create an independent museum of Slovenian independence was premature, without professional grounds. “That’s why we founded a new museum that unites and got a really big public institution.” She also explained that the premises on Poljanska Street remain the Archives of Slovenia.

Lojza Peterle he said that he regrets such a decision by the government. “The mission of the independent Museum of Slovenian Independence is to strengthen the attitude towards the country, which was created on the basis of a plebiscite will for all,” he emphasized. With that, yes “such an important institution becomes the object of a political game, which is contrary to the nature of independence”, government according to him “also includes this issue in the framework of deepening polarization”, which he regrets. He thinks so, too “unnecessarily and unfounded to open another front, namely the one on which we Slovenians were united”. Peterle also announced an extraordinary meeting of the presidency of the VSO association for today on the subject of the merger of the two museums.

SDS: The decision shows an underestimating view of the key period of the formation of our independent countryIn the SDS they wrote that “they watch with astonishment how easily and without hesitation the government of Robert Golob closes the museum that commemorates the creation of their own country”. “Yesterday’s decision shows how underestimating and dismissive this coalition has of a key period in the formation of our independent country,” they emphasized.

The Museum of Slovenian Independence is (was), they state in the response, a cultural project founded with the aim of devoting itself to Slovenian independence after 30 years, according to the criteria of the museum profession, as a unique fact of Slovenian history that has no precedent. “It was established in order to strengthen the importance of our own country, not in order to deny the contributions of various people, events, etc. in the history of the Slovenian nation, but in order to highlight the importance of our own statehood, which definitively places us among modern nations.” they wrote down.

They emphasized that the Slovenian state was founded on the values ​​of Slovenian independence and that they do not know of a country in which a museum commemorating its creation would be closed. was founded on the 30th anniversary of the declaration of independence of the Republic of Slovenia, which, they add, is an important symbolic dividing line and at the same time established in professional circles a time distance after which public institutions in charge of preserving movable cultural heritage strengthen their efforts to take over materials from creators and owners into your possession.

As they also wrote, the period of Slovenian independence is indeed already included in the existing permanent and occasional museum exhibitions, but it is not the focal point anywhere. Therefore, the government’s argument is that it is necessary for the needs “transparent and strategically planned professional work” museums to unite, in their opinion “a completely wrong argument directed against the understanding of the importance of Slovenian independence and statehood”.

“SDS joins the protests of patriotic and veteran organizations and calls on the government to immediately cancel this anti-Slovak and anti-state decision,” they also wrote down.

They added that the war veterans united in the aforementioned organizations want independence, including the war for Slovenia, to be presented as objectively as possible, based on historically established facts. The period of Slovenian independence is an inseparable part of recent Slovenian history, which is why, in their opinion, it belongs under the common roof of the Museum of Recent and Contemporary History of Slovenia and its curators, museum staff and other professional colleagues. This will also prevent various abuses, such as the latest case of the alienation of the highest state decorations from the museum collection, they wrote.

As they say, he is the former president of the republic Borut Pahor said in his statement last year, “that the establishment of the Museum of Slovenian Independence will be a political and not a professional decision. The President and Commander-in-Chief of the Defense Forces did not want to talk about professional reasons at the time, so we concluded then and still today that a completely politically tailored interpretation of the presentation of the facts in the process of independence is possible, which it is in no way in the state-building and nation-building interest,” they wrote and added that they are therefore of the opinion that the historical profession should do its work in accordance with scientific standards and norms and objectively place the Slovenian independence in time and space.

Director of the Museum of Slovenian Independence Željko Oset he says he is “media reporting that the government closed the public institution on Thursday, incorrect”. “The operation of the public institution is specified in official documents, so we will continue our work professionally, professionally and legally,” he wrote. Among the priority tasks, Oset mentioned the preparation of the final account for 2022 and the work program for 2023 in accordance with the decision on financing issued by the Ministry of Culture.

Museum of Slovenian Independence “exists and operates until the merger of the two public institutions”he also wrote. “Until then, we are carrying out all our tasks, which are specified in the founding act and internal acts, and we are fulfilling our obligations.”

Director of the Museum of Recent History of Slovenia Jože Dežman at the merger of the museums, he repeated the words he used to comment on the announcement of the merger some time ago. At that time, he also marked the intention to merge into a new public institution “the continuation of the memory and culture war, in which the camp, uncritically sympathetic to Tito and communism, defends the thesis that Slovenia’s independence was a simple transition from a failed regime to a new regime, while the other camp’s claim that the Republic of Slovenia is fundamentally different from the Socialist Republic of Slovenia”.

Dežman advocated for an independent museum and addressed several questions to the government, including when the expert analyzes that would require the abolition of two museums and the establishment of a third will be publicly presented. He added that a substantive discussion will only be possible after the answers have been received. “If even the government of the Republic of Slovenia does not have these answers, this is a bold mockery of a democratic and legal state. And of course, contempt for democratization, independence and defense of the Republic of Slovenia as the highest achievements of the Slovenian nation,” he concluded.

Today, Minister Vrečko also commented on the possibility of interpellation. As he says, they are coordinated in the coalition regarding the decision to merge the museums.

Previous article
Nuevas Ideas increases sympathy with 33.9% of the population, while the rest of the parties drop to 4.8%.
Next article
Tibet avalanche death toll rises to 20