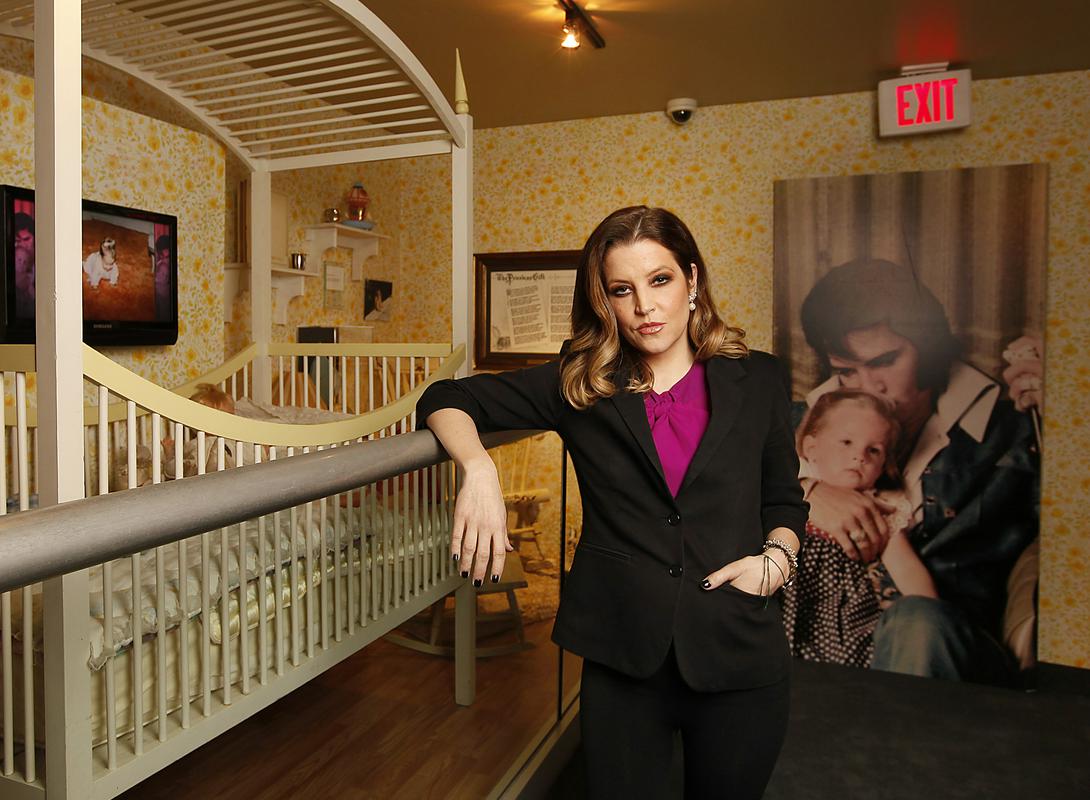 Lisa Marie Presley, who died last week of cardiac arrest, was buried at Elvis’ Graceland estate. The 54-year-old only child of Elvis Presley was buried next to her son Benjamin Keough, who committed suicide in 2020 at the age of 27.

Benjamin’s grave in the meditation garden on the Graceland property in Memphis are “slightly moved”to make room for his mother, a representative for the late Lisa Marie Presley told Page Six.

They are also buried on the Graceland property Elvis Presley and his parents Vernon and Gladys. Lisa Marie will be honored Sunday with a memorial service open to the public.

Meanwhile, today, for the first time since the sudden death of Lisa Marie on January 12, her eldest daughter, the actress Riley Keough. The 33-year-old posted a black-and-white photo of herself as a child on Instagram, gazing lovingly at her mother with a bouquet in her hand. At the same time, she merely added a heart. Many celebrities and fans express their condolences under the post.

In addition to Riley, Lisa Marie had Riley, who was born in her first marriage with Danny Keough14-year-old twins Finley and Harperwho were born to her in a relationship with a guitarist Michael Lockwood. She was very close to her son Benjamin, so his son’s death hit her extremely hard.

After going into cardiac arrest at her home in Calabasas, California, Lisa Marie was resuscitated and rushed to the hospital, where she suffered another arrest and eventually died, along with her mother Priscilla Presley.

“It is with a heavy heart that I have to share the difficult news that my beautiful daughter Lisa Marie has left us,” said 77-year-old Priscilla, who was married to Elvis between 1967 and 1973.

“My daughter was the most passionate, strong and loving woman I have ever known. We ask for your privacy during this time as we try to deal with this profound loss. Thank you for your love and prayers.”

“She was a light that lit up every room”

Lisa Marie Presley died just two days after attending the Golden Globes. Sources told Us Weekly that the singer was seen “good mood”. Lisa Marie was at the Golden Globes to support the actor to Austin Butlerwho received a statuette for his role in the film Elvis the director Luhrmann base.

“I’m so excited and I hope he wins,” she said on the red carpet for Entertainment Tonight, praising the Butlers “breathtaking” appearance in the film. “I really didn’t know what to do with myself when I saw the movie. I had to take five days to process it all because it was so amazing and authentic and it hit my dad to the core.”

Butler thanked Lisa Marie and Priscilla in his Golden Globe acceptance speech. “Thank you for opening your hearts, your memories, your home to me. Lisa Marie, Priscilla, I love you forever.”

After Lisa Marie’s death, Butler wrote in a statement: “My heart is absolutely broken for Riley, Finley, Harper and Priscilla with the tragic and unexpected loss of Lisa Marie. I will be forever grateful for the time I was able to spend with her bright light and I will forever cherish the quiet moments we shared shared. Her warmth, her love and her authenticity will never be forgotten.”

Her ex-husband also paid tribute to Lisa Marie Presley Nicolas Cage. “Lisa had the best laugh I have ever heard. She lit up any room. I am absolutely devastated. I find some comfort in believing that she is now with her son Benjamin,” said the 59-year-old actor, who was married to Lisa Marie in 2002.

After Lisa Marie’s death, Graceland will now be inherited by her three daughters.

22 points by Aleksandar ShaškovSo far this season, the Helios basketball players have lost only twice to Krka in the national championship, and they...
Previous article
KPK after stopping the proceedings against the director of ZD Ljubljana: We cannot be moral arbiters
Next article
“In front of the paintings, the viewer is caught in the mental loop of the artist’s gesture of opening the canvas and space”