VSO: If the government does not withdraw the decision, we will take action. Vrečko: We follow professional concerns. 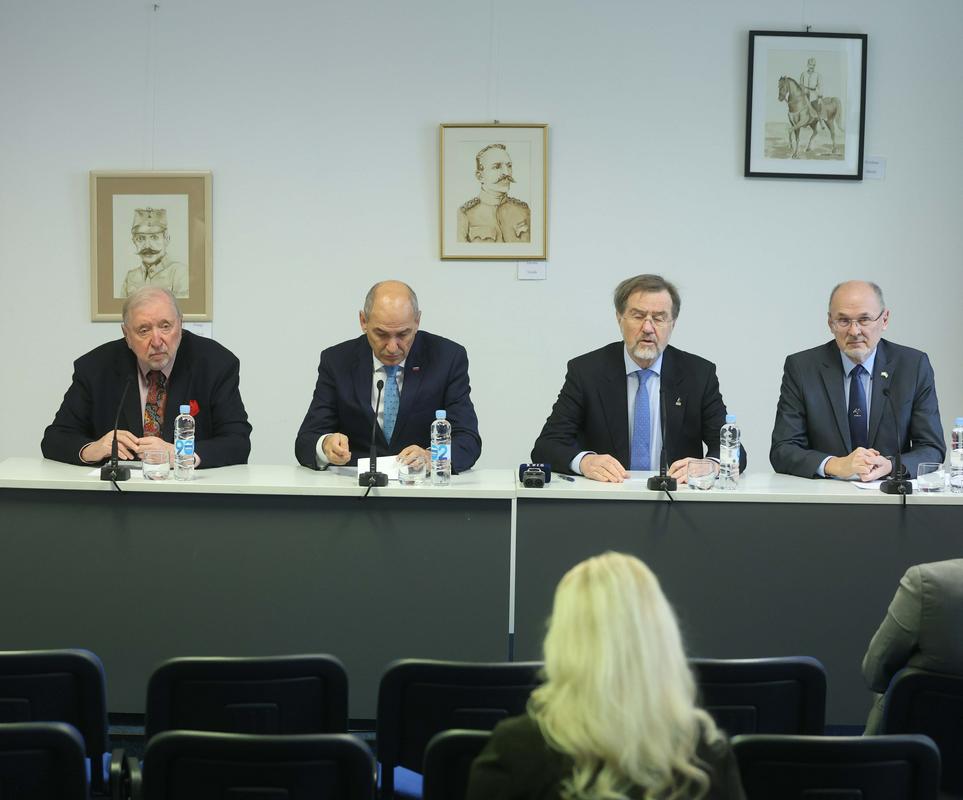 Asta Vrečko: “It’s not about cancellation, it’s about merging”

At the press conference, Peterle said, among other things, that he had participated in three Slovenian governments and “he had never experienced such authoritarianism and gross exercise of political power”. “We had a unique independence. And this view that it was a unique act in Slovenian history is not only a matter of the so-called right, as some would like to portray anew.” He is surprised that this government wants to “play independence as an element of additional Slovenian polarization”.

According to Peterlet, we have achieved independence “we got a new political element, which is worth maintaining awareness, pride, even self-confidence”with the government following the proposal of the Minister of Culture Aste Vrečko “to tear down an institution that was established by the decision of a democratically elected government, and this government shows what its true intention is”.

They themselves take the matter very seriously, as a blow to Slovenian nationhood, he added, so they will “if the government does not withdraw this decision, start implementing this action plan in defense of the independent independence museum and independence itself”. Details about it will be revealed after February 10, he announced.

Janez Janša: “The government has pulled a traitorous move with all its powers”The conference was also attended by a member of the presidency of the VSO Association and the president of SDS Janez Janša, who emphasized that during the plebiscite, the Slovenian nation actually wrote its own verdict for the only time in its history. He stressed that this action was not simply a feat of one political option, adding that “if any event in Slovenian history deserves a decent commemoration, then it is certainly the event when we Slovenians were united”.

Rupel: “The minister has done more with this than she deserves and than is allowed”Member of the board of the Association for the Values ​​of Slovenian Independence (VSO) Dimitrij Rupel believes that by announcing the merger of two museums, the Minister “announced and did more than it belongs to and than is allowed. Even more than any minister did during the time of socialism. She played with the state and the self-determination of the Slovenian nation, the so-called plebiscite.”

He emphasized that gaining independence is not a one-day event Jelka Kacin. “This is a democratization process that led to democratic changes, to the first democratic elections, which led to the inclusiveness of that part of the body politic, which until the multi-party system had no possibility of political participation, except within the so-called Socialist Union of the Working People of Slovenia.”

Preparations for the interview have begun in NSiAfter the government’s decision to merge the museums, NSi started preparing an interpellation against Minister Vrečka. However, the party with eight MPs cannot file it yet, as at least ten signatures are required. When asked by a journalist whether SDS will contribute signatures under it, Janša said yes “would the interpellation against the minister be justified or sufficient or a strong enough response as long as there was only a proposal from the ministry, but not a decision from the government”. “It’s a government decision and it’s about another level,” he said, adding that they will reveal more after February 10.

“In politics, sometimes you have to expect the impossible”Leader of the NSi parliamentary group Janez Cigler Kralj said in a statement in the DZ that the interpellation will be prepared shortly. When it is, which could be as early as next week, it will be proposed to all parliamentary parties for signature. As he also said, they think it is right to invite all parliamentary parties to sign the interpellation and give them the opportunity to show unity in a time of crisis, which once again requires appeasement, and to follow the values ​​of cooperation together.

When asked by a journalist whether he thinks that the coalition will listen to them, he said that in politics sometimes the impossible must be expected, or at least given the opportunity for MPs to freely decide what they will support and what they will not.

According to the board of the Museum of Slovenian Independence, it was “the Ministry of Culture intervenes with a lot of enthusiasm, but rather less diligence. Both the decision and the official statements demonstrate this well enough”.

In the following, they state that the Minister of Culture claims in statements that she is not abolishing the Museum of Slovenian Independence, while the decision states that the two museums, which will be merged into a new institution, “they cease to exist as independent legal entities and are deleted from the court register and other public records of legal entities”.

Jože Dežman addressed a note to Asta Vrečka, in which he also highlighted the government’s decision in the part that talks about the termination of the existence of the Museum of Slovenian Independence and the Museum of Recent History of Slovenia.

As he writes, among other things, the problem the new museum has is “the fact that it was accepted into the government’s decision-making, even though it widely contradicts the provisions of the government’s rules of procedure”. As an example, he states, among other things, that the government material does not adhere to the point of the rules of procedure in the section, which states that the material must contain “summary of data with the proponent’s assurance about the activities carried out and definition of the consequences brought by the material”.

According to the proponent’s assurance, the adopted decision should not have consequences for “public financial resources over 40,000 euros in the current and next three years”, but Dežman believes that this is not true. As she writes, the minister decided to give the roughly eight million investment of the Museum of Slovenian Independence to the Archives of the Republic of Slovenia. “This means that around eight million euros from the fund of the public institution Museum of Slovenian Independence goes to the Archives of the Republic of Slovenia, which is a body within the ministry. Are these not extremely tangible financial consequences that should be presented in the material for the government?” writes Dežman. As he writes, he will “the destruction of two museums and the creation of a third on their incinerator had a whole series of financial and consequences that are not mentioned in the material for the government meeting”.

In the Museum of Recent History of Slovenia, the ministry is urged to have two-way communicationThe employees of the Museum of Recent History of Slovenia also came forward. They pointed out that before the adoption of the government’s decision there was no public discussion, no substantive, conceptual, financial and spatial analysis of the amalgamation and its consequences was done, at least as far as they were aware. The way the museum is terminated is understood as “gross, inadmissible for a democratic society encroachment on the autonomy of a public institute”. they wrote down.

As they also wrote, their guiding principle is the culture of dialogue, which is why they addressed a letter to the Ministry of Culture, in which they call on the ministry for two-way communication, as the current method has introduced considerable discomfort into their working environment, related to the continuation of projects, exhibitions, and the existence of jobs etc.

Asta Vrečko: “History must remain in the hands of historians, not politicians”In her response, the Minister of Culture Asta Vrečko reiterated that it is not a matter of abolishing the museums, but of a merger, in which the program remains the same, including the composition of the employees. “Here we are following the professional concerns raised at the time of its establishment: that it does not have adequate premises, it does not have a founding collection, as the artefacts are in the Museum of Recent History and other such institutions throughout Slovenia,” said the minister.

However, in her opinion, it would be time to systematically strengthen this historical period, which is why they added a new custodian. This will be a new museum “had even more work and all the support”, to research and present this period to the public.

The minister also says that they understand the political arguments of dissent, which were even more numerous when the museum was founded during the pandemic and without public discussion. “Here we have brought two national institutions together, and there was no basis for a national debate,” said the minister. He believes that museums have experienced systematic neglect in recent years, and they should be systematically supported and helped to modernize. “History should remain in the hands of historians, not politicians.” me minister.

Regarding the announced interpellation, she added that she can discuss museums and collections for more than one day, so she believes that there will be an interesting discussion about it in the DZ.

Previous article
ZZZS ended last year with a deficit of around 133 million euros, which it will cover with its own surpluses
Next article
Pedro Carcurro excites blue fans: ‘La U Stadium will host the 2030 World Cup’