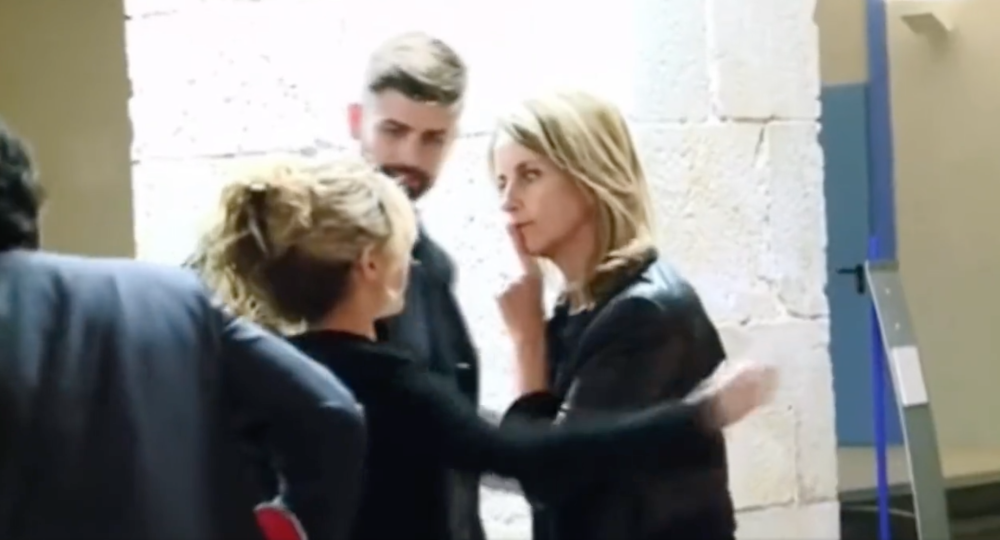 Recently, a video was released on the social network that revealed the bad relationship that Shakira had with her ex-mother-in-law, Gerard Pique’s mother.

In the recording, a woman identified by netizens as Montserrat Bernabeu (Pique’s mother) can be seen aggressively holding Shakira’s face (whose back is turned) and gesturing for silence. All this in the presence of the former Barcelona player, who never interferes.

Because of the outfit Shakira wears in the video, the incident was linked to an event in January 2016 in which Pique was recognized as the Catalan Sportsperson of the Year. There are those who suggest that the controversy arose before the awards ceremony because of the skimpy dress Shakira wore at the time, which her former mother-in-law clearly did not like.

Barranquilla’s followers are outraged and have taken to social media to express their dismay at the mistreatment Shakira received from Pique’s mother. “This evil creature has always given me a bad feeling. Poor Shakira, thank God you opened my eyes,” read the user’s tweet, which has nearly 10,000 likes.

Although there is a lot of speculation about the video, it is confirmed that the Colombian singer does not approve of what her mother-in-law was, and this was evidenced in her song with lyrics such as “You left me next door to my mother…in law.” A few days ago it was also revealed that Shakira had a wall built to separate her home from her husband as she plans to stay in Spain until her father’s health improves.

Dallas basketball players lost the first seven games this season without Luka Dončić, and now they celebrated for the second time in a row...
Previous article
Glojnarič, Kegl, basketball and volleyball athletes of the year among the disabled
Next article
FAS signs El Salvador who played in Portugal