Donald Trump “hijacked” a supporter’s funeral for a campaign speech 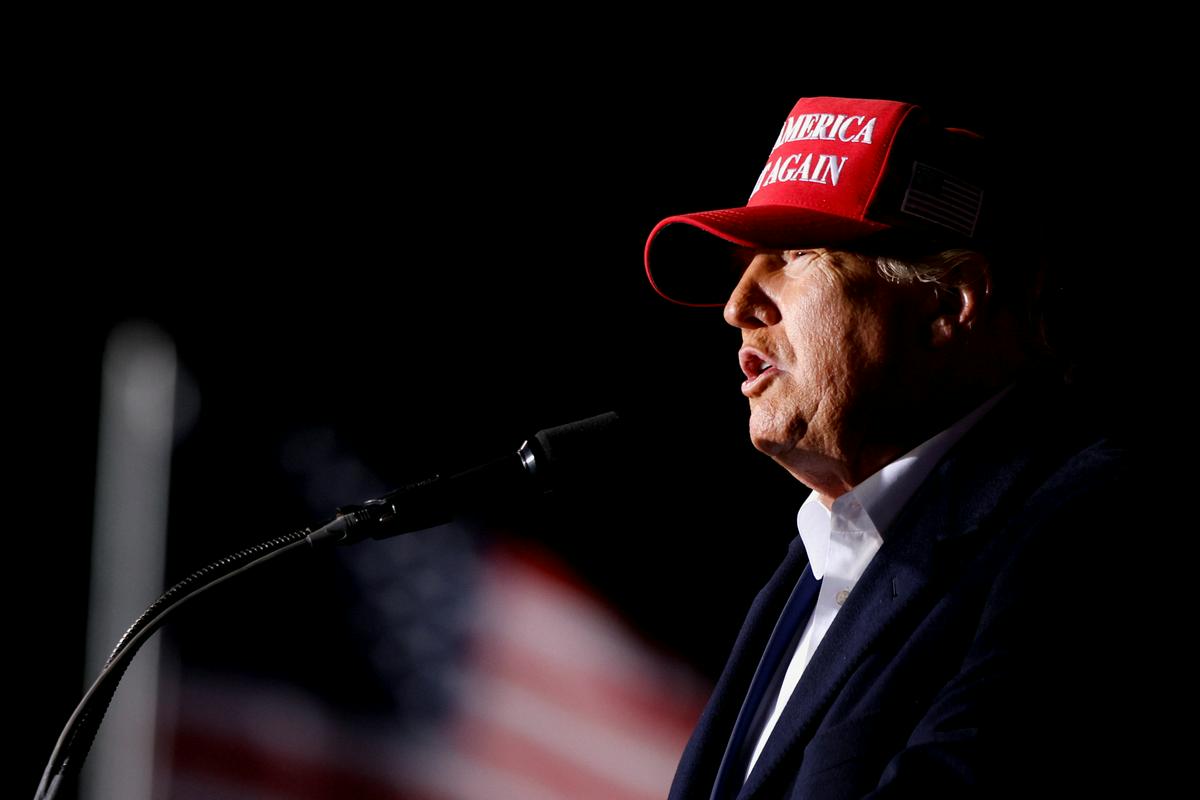 Diamond from the pro-Trump duo Diamond & Silk has died

Donald Trump gave a bizarre speech at the funeral for Lynette “Diamond” Hardaway, an ardent supporter of the former president, in which he complained about the length of the event and used the opportunity to do something more like an election campaign.

At the funeral in Fayetteville, North Carolina, Trump sounded more like a presidential candidate than an undertaker paying tribute to a dead friend.

At one point he even complained that the ceremony was taking much longer than the “15 minutes” he had been promised. “They told me about 15-20 minutes, in and out. This takes a little longer than 15 minutes, doesn’t it?” Trump remarked.

“Diamond” was with her sister Herneitho Rochelle Hardaway Richardson, better known as “Silk” part of the famous anti-corpse duo “Diamond and Silk”, but Trump also remarked during the funeral address that he basically did not know about Silk. The latter was admittedly less talkative than her sister in promotional videos, but they always performed as a duo.

Both often performed at Trump’s rallies and even met with him at the White House. But they were also vocal anti-vaccinationists who lost their show on Fox Nation due to the spread of conspiracy theories.

Meanwhile, in her speech, Richardson sang the praises of the former Republican president, who treated her and her sister “exactly like the rest of his children: Eric, Don Jr., Tiffany.”

From the election to Melania

Trump’s 44-minute-long performance in front of about 150 mourners was certainly … unique. The former president did not rise much to the deceased, instead he started political topics and reiterated how the 2020 election was stolen from him.

“How do we stop cheating? How do we stop you getting more votes and still not winning? The answer is Republicans have to come together, we have to toughen our approach and really beat them.”

But he didn’t stop there, covering a whole range of topics from Nafta, tax cuts, crowd size, illegal immigration and why magazines don’t publish anymore Melania on the front pages. In addition to all this, he also asked the undertakers if they prefer to be called African-Americans or blacks. “You tend to prefer black people, don’t you?”

The cause of Hardaway’s death is unknown, but Richardson said on Saturday that Americans are being “poisoned” in order to “reduce the population”. “People split like flies, but nobody talks about it! They split suddenly and unexpectedly,” she said, repeating the conspiracy theory linking the covid vaccine to the rise in sudden deaths.

Dallas basketball players lost the first seven games this season without Luka Dončić, and now they celebrated for the second time in a row...
Previous article
Wagner Group in Ukraine: they don’t back down, they don’t give up, they are ruthless
Next article
Harsh arbitration report complicates U: launching ‘seat’ condemned and risks sanctions