This Tuesday, January 24, the list of nominees for the Oscar, the most important film award, was announced.

The fictional film “Everything Everywhere at the Same Time” leads the statuette race with eleven nominations, including Best Picture.

It is followed by the German anti-war film All Quiet on the Front and the Irish black comedy with nine nominations.

On the other hand, for the first time in his career, Brendan Fraser is nominated in the Best Actor category for his role in ‘The Whale’. Discredited and displaced by Hollywood, the Critics’ Choice Award-winning actor is competing for the Golden Statue against Austin Butler (Elvis), Colin Farrell (Souls of the Island), Paul Mescal (Aftersun) and Bill Nighy (Live).

In turn, actress Angela Bassett is the first Marvel star to receive an Oscar nomination. Her role as Queen Ramonda in Black Panther: Wakanda Forever earned her a Best Supporting Actress nomination. 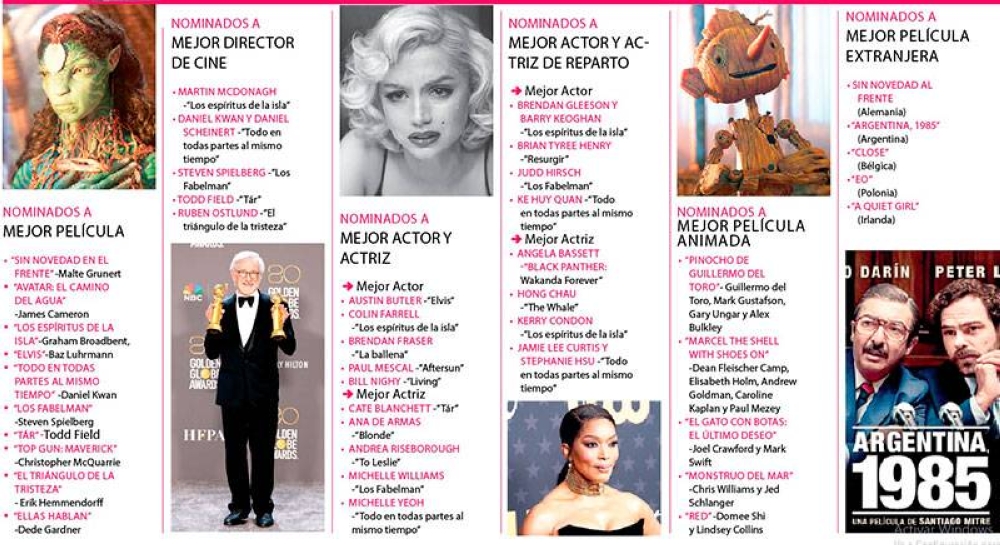 Among the Latino artists nominated for an Oscar is Ana de Armas for her role in the film “Blonde”, which tells the story of the iconic Marilyn Monroe.

Guillermo del Toro also excels with the stop-motion animation Pinocchio, which recreates the story of the wooden puppet in the context of Mussolini’s fascist Italy.

On the other hand, the short film “Le pupille” produced by the Mexican director Alfonso Cuarón is nominated in the category of the best short film.

Finally, the South American film “Argentina 1985”, which was triumphant at the Golden Globes, is now competing for the most important film award in the category of Best Foreign Language Film.

For the Oscar for best original song, Rihanna is competing for the song “Lift me up” (Black Panther: Wakanda Forever) and Lady Gaga “Hold my hand” (Top Gun Maverick).

Previous article
The Rotterdam festival is starting, which also brings a film homage to Peter Musevski
Next article
Barça secure a ticket to the Copa del Rey semi-finals