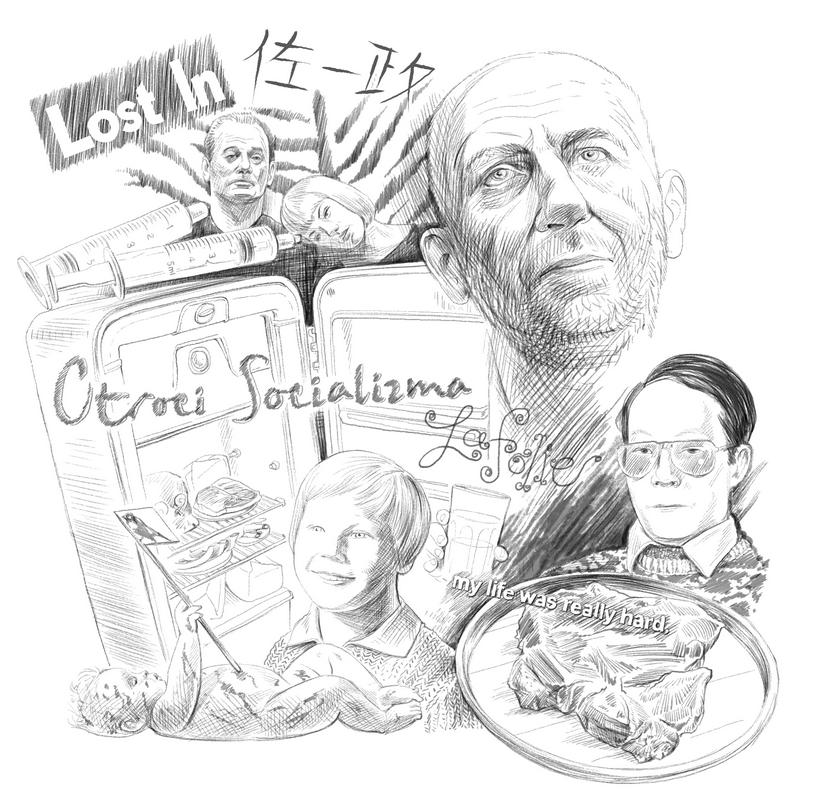 You should never allow yourself to be translated, just as you should never send letters to which no one answers. In any case, too many words go to waste.

Except in rare cases, when someone thinks that he hears the sound of a word at least approximately as it was heard by the person who wrote it once, somewhere, in a foreign language to some reader, which sounds completely different in translation.

Danilo Kiš, the unjudged Nobel laureate, was convinced that in some words the sound is even more important than the meaning itself. How precisely he imagined this, you will understand and feel more easily if, for example, you take his ultimate work in your hands Tomb for Boris Davidovič and read at least the opening bars of this remarkable novel. At least in the original, if possible. Kiš was not one of those writers who wrote with the awareness that one day, somewhere, it would be translated into another, more important language. For him, all languages ​​were equally important and he did not make any distinctions between them, moreover, he stood by his own language.

I myself have written many poems in my life that are not translatable because I experienced them in a specific place, on a street, with a specific person. Here is one of those…

The fog in this song is unique, Ljubljana, thick and of course melancholic, as it was there at the beginning of the 1980s, when it mixed with the sadness of people who began to slowly say goodbye to a failed project, a country that found itself in the middle of severe socio-economic crises (“stabilization”, high unemployment, low living standards…), that country in which the sale of fog was quite common and, for some chosen ones, also a profitable activity. The rest of us got lost in it because we still could and we hadn’t been billed for it yet. In this time of lost illusions, in some other fog, the London “fog”, punk, an anti-institutional musical movement that flourished between 1976 and 1980, started (and ended) Anglo-Saxon bands The Ramones, Sex Pistols, Clash, UK Subs and many more. In 1981, when punk was dying out, together with the fog, which soon almost completely disappeared, the bassist of the English post-punk band The Stranglers, a Frenchman, Jean-Jacques Burnel, proposed to record a song with the band La Folie, inspired by the story of Japanese Issei Sagawa, a student at the Sorbonne who ate his student love, Renée Hartevelt. At least that was the opinion of those who called his murder a crime of passion. The sentence, after which he was declared insane and therefore even released from a French prison, was then deported to Japan, where he was finally released from a Japanese mental hospital. Later, he made a film career in Japan, and then a lecturing career. The turning point was when a Japanese writer wrote a book about him with the title V the fog.

A Japanese man lured his victim home with the pretext that they would translate poems. When a tall and beautiful Dutch woman sat down at his table and began reading poems, the dwarf and ugly Sagawa shot her in the back of the head and immediately passed out. After he came to, he first had intercourse with her, and then he began to eat her. The story was somehow too tempting for the group, which had already shown its dark side, of course within the limits of new wave aesthetics. Members emphasized in many interviews that La Folie he talks about murder for love, which of course is not true. The song, which was born from this creepy story, became one of the biggest hits of The Stranglers, and it went down with all its force on the streets of Ljubljana, where the Children of Socialism reigned at the time, led by singer and lyricist Branet Biten. He heard the piece and immediately asked his “children” if they could do something similar themselves.

Brane had already written his own lyrics for the song Go check it out Bran, he only lacked a foundation. And when he heard La Folie, knew immediately that this was the atmosphere he was looking for. The band’s bassist, Andrej Štritof, then played the beginning of the song, which became one of the most depressing ballads ever created and sung in the Slovenian language. When Iztok Turk’s lyrical guitar was attached to his bass, the work of art was complete. Branet’s recital was in no way inferior to Jean-Jacques Burnel’s recital, which is perhaps a shade less melancholic and more narrative; Branet’s voice has a fatality in it that can’t be translated into any other language, just like the depression of a boy who was basically singing to his manically depressed mother can’t be translated. And yet the two ballads are so different, which further supports the claim that they should not be allowed to be translated. Ultimately, the point of the Slovenian punk phenomenon is its special image, which is tied to a specific cultural and historical environment. If punk in Great Britain meant rebellion against social conditions and the dominant culture, in Slovenia it created a space for exploring individuality and expressing dissent. Punk also allowed weakness, even madness, and turned it into lyrics…

Piece Go check it out Bran is a piece about some other madness that unfolded in the Šischen high-rise, at Jama 1, and was possible only there and nowhere else. Brane wondered if this was a perfect love that could not be without madness. And yes, in a way, the answer was close, crazy close.

I have loved the movie since the first time I saw it Lost in translation, but not because of the title; I was fascinated by both main characters, he with that melancholy and self-deprecating look on his face, and she with the gentle darkness behind which smouldered the forlorn hope of returning the girlish playfulness that someone had stolen from her eyes. They were beautiful, even as they rode the elevator in silence, each in their own estrangement, and Japan was almost perfect with them. Even the movements and gestures of the locals, who received them with the deepest respect and helpfulness, said more about them than about themselves. They were translated without words, so to speak… and it was lost all around them. The world moved on the silent tracks of wasted love, hers staying at the hotel and his coming home from college, on photocopies, a reminder that sometimes it’s better not to start at all. If not…if not, madness sets in…a word that sounds different in every language, especially if we start looking for different madnesses in it…every madness has its own face…everyone knows it as much as he dares to know it while he still can realizes

Madness and love have always been close friends, complementing each other well. No wonder it’s on song La Folie ran into Brane himself, who was always open to the madness of others, and they helped him to his own madness. Of course, this madness was always somehow maintained on the surface of general normalcy; even when verses were being written for Go check it out Bran:

Once our neighbor died. The neighbor was crying, as is her habit.

My father tied his feet at the ankles with black tape,

that they stayed together for him when he got cold. It was everything to me

altogether maddeningly disgusting. Mat was difficult for me. She said:

stung the air in his veins.

Esad Babačić (1965) is a poet, writer, journalist and former frontman of the (post)punk band Via Ofenziva, for which he also wrote lyrics. He received many poetry awards at home and abroad for his works, most recently he received the Rosary Award for the best book of essays. Among other things, in 2021 he published an anthology of Slovenian punk poetry, in which we also find verses by Branet Bitenc. Another famous Slovenian poet, Milan Dekleva, wrote: “In poetry a la Babačić, there is no cheating or deception: what needs to be said – no matter how cruel, rough, uncouth, tender, intimate, loving – is said without twists and beautification.”

Brooklyn crushed the weakened Lakers in the last quarterLuka Dončić returned in style after his left ankle injury. With 53 points, the class...
Previous article
An iceberg the size of greater London has broken off from Antarctica
Next article
Debt and Debt – Diario El Mundo