Gadžijev: The information about whether you are an organ donor remains locked until death 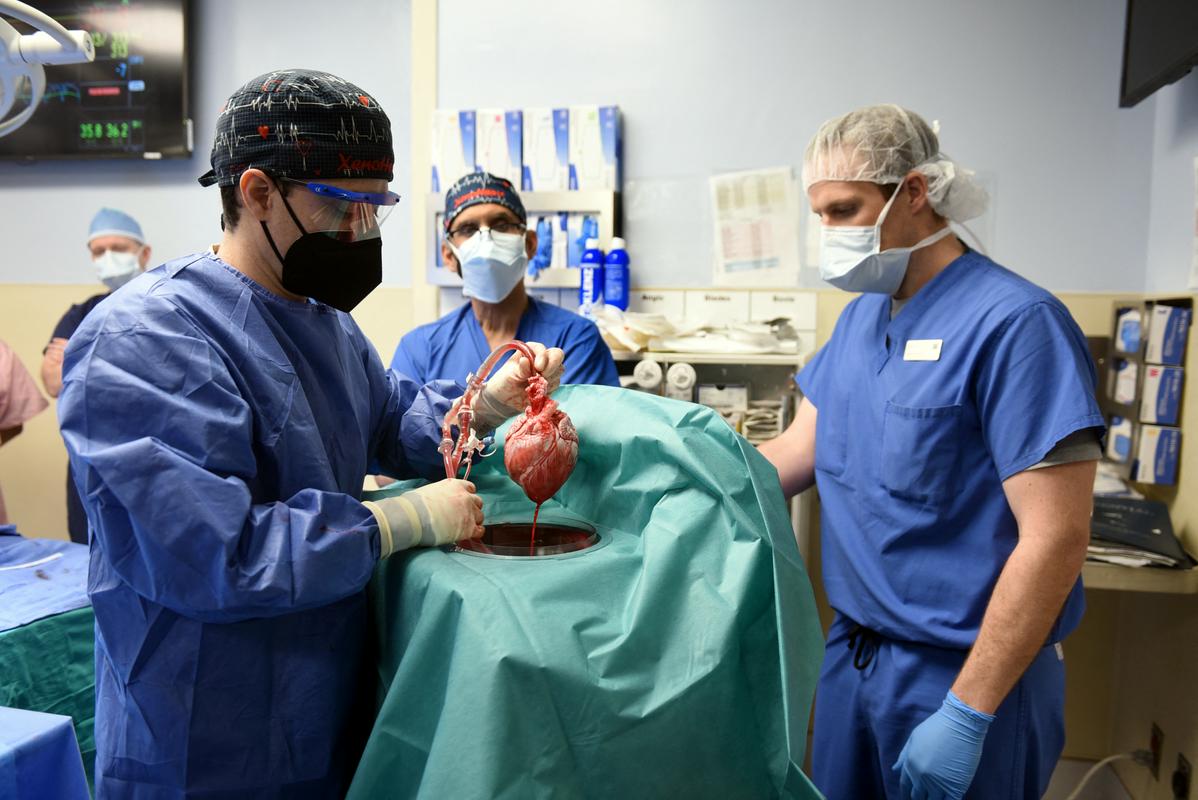 Slovenia-transplant calls for a definition

The European Day of Organ and Tissue Donation and Transplantation, which will take place on Saturday, is intended to draw attention to the importance of posthumous organ and tissue donation for the purpose of treatment. The Slovenija-transplant Institute therefore encourages active identification.

The share of actively identified in Slovenia is low, even though the definition is simple.

“There are two procedures, you can report to one of the places where the identification can be done with specially authorized persons, then you only need an identity card and health insurance card. Otherwise, the process is significantly simpler through the electronic portal e-governance, for this purpose you only need a qualified digital certificate, with a few clicks you get to the definition and do it in two minutes,” the director said in Odmevi regarding the active definition for organ donation Slovenia–transplant Andrei Gadzhiev and added that this information remains locked forever.

“That’s what people don’t know and they are afraid that their data might be misused. They fear that, based on whether they voted for or against, they would be treated inappropriately in the hospital, which is not true. This information is locked until the time of your death, only when your death is actually entered in the system of any hospital, the possibility of viewing the register is triggered, and and only authorized persons with a professional card, so there is no fear that anyone could get your information.” he explained Gadzhiev.

Those older than 15 can already define themselves

With a valid digital certificate, those over the age of 15 can decide for or against donation simply and quick. So far, 12,510 people have identified themselves in the national register, of which 69 people have spoken out against donation, he said at the press conference before the day of donation and organ transplants and tissues, the director emphasized Slovenia–transplant.

“If the person did not decide during his life, we ask the relatives about the permission to donate organs. And this question follows after the reported death. The question is most often unexpected. If you do not talk about it before, such a conversation is extremely demanding for the relatives, because in to the initial severe grieving process and it is difficult for them to make rational decisions at such a moment. But if the will of the deceased is known, the decision of the relatives is easy.” he emphasized Gadzhiev.

He also emphasizes that the working conditions after two grueling cobvious ones years have finally somewhat normalized this year. By the end of September, a total of 69 brain deaths were confirmed, of which 36 deceased became organ donors, which is much more than last year in the same period of time. After successful detection this year, the donor side stands out center UCC Maribor.

Relatives agree to donation in 66 percent of cases

The rate of consent of relatives to donation is 66%. 930 people registered in the national register of designated persons for organ donation after death this year by the end of September, which is 244 more compared to the same period in 2021, they emphasize on Slovenia–transplant.

Without voluntary donation, there is no treatment with transplantation, which is an extremely successful method today and the only solution and the possibility of treatment for many diseases that lead to organ failure, the manager emphasizes Center for transplantation activity at UKC Ljubljana Ivan Kneževič.

“Until September, we are in ours transplantation center transplanted 95 organs, of which 45 kidneys20 hearts, 14 livers, 15 lungs and one pancreas. This year’s results are better than last year,” Knežević added and emphasized that with the advancement of medicine in the field of treating diseases that can otherwise lead to organ failure over the years, and the aging of the population increases the need for organs for transplantation.

155 patients are waiting for an organ transplant

According to the institute’s data, 155 patients were on the waiting list on Tuesday, of which 61 were for the heart, 78 for the kidney and 14 for liver transplantation. Five patients are waiting for a new lung, and one for a pancreas. The average waiting time for a heart transplant is 240 days (55 days for emergency transplants), about 350 days for a kidney, 108 days for a liver, and 179 days for a lung.

The experts also emphasized the importance of cooperation with the international organ exchange network Eurotransplant. It was on the joint waiting list at the end of 2021 Eurotransplant 13,640 patients.

The opening of the photography exhibition was also held at UKC today My scar, my lifewhich was prepared by the Slovenian Society Transplant in cooperation with Slovenia–transplant. Member of the association Anja Garbajs emphasizes that the artistic acts of post-transplant persons show their vitality and optimism, adding that the message of the exhibition is simple – become a donor and maybe someday you’ll save a life.

Previous article
Netflix releases the long-awaited first trailer for the series of ‘Blockbusters’.We already have a release date
Next article
Sampaoli of Seville: From the request that a fan ‘forgot’ his door to the three cracks he demands