Monkeypox virus can also be transmitted by air, study says 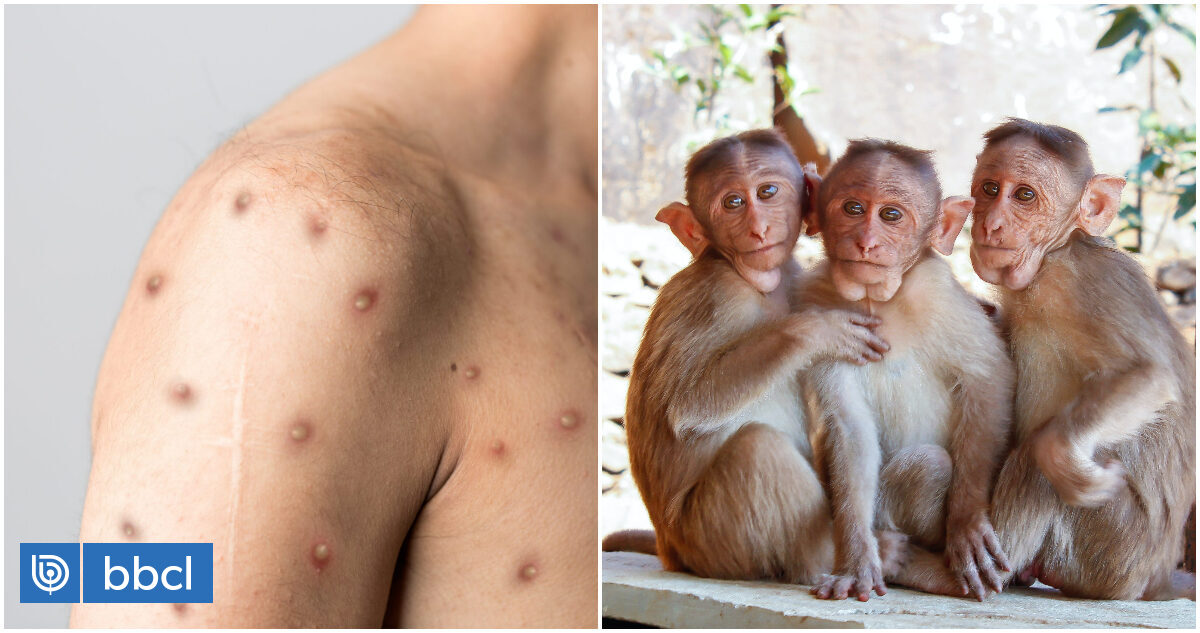 Until now, the disease, which is endemic in central and western Africa, was known to be transmitted mainly through close contact.

A team of Spanish scientists discovers the first large-scale monkeypox virus in the air and saliva of infected patients a discovery that opens the door to the possibility that this virus can also be transmitted by air.

It was published in the magazine lancet microbethis study does not rule out that the virus (monkeypox virus or MPXV, acronym in English) is transmitted through the air, but through direct contact, It remains the predominant form of transmission, especially in skin lesions of infected individuals.

The monkeypox virus, a member of the genus Orthopoxvirus, can be transmitted between animals and humans, and although its symptoms resemble those of smallpox (eradicated in 1980), It’s not that serious, it’s contagious, and it’s not fatal.

The disease is endemic in central and western Africa and is transmitted primarily through close contact.

In May 2022, the global monkeypox outbreak was declared a global health emergency by the World Health Organization (WHO).

Since then, more than 79,000 cases have been confirmed, more than all recorded cases in Africa since the virus was discovered in 1970.

According to the European Center for Disease Prevention and Control (ECDC), Europe had 25,400 confirmed cases by 8 November, while Spain has recorded more than 7,300 cases.

“Although epidemiological data suggest that transmission of monkeypox virus occurs primarily by contact, given these new results, We suggest not ignoring and monitoring the possibility of transmission through micro-droplets of saliva and air. explains Antonio Alcamí, a CSIC researcher at the Severo Ochoa Molecular Biology Center (CBMSO-CSIC-UAM).

In this study, the team collected samples from 44 patients who attended two health centers in Madrid (one of the areas with the highest incidence in the world) between May 18 and July 15, 2022. A saliva sample was analyzed. illness.

After analyzing saliva samples, 85% detect the presence of viral DNA Bruno Hernáez from CBMSO-CSIC-UAM added, “In 66% of the samples, the virus remained infectious.”

Scientists also detected the presence of the virus in most of the masks worn by patients during medical consultations.

And thanks to a nanofiber filter developed by CSIC and Bioinicia, We have detected viral DNA in the air 2-3 meters away from the patient.

“PCR was able to determine the presence of monkeypox virus in air samples sampled during visits in 64% of study patients,” Alcamí points out, but its infectivity is unknown.

A post shared by the World Health Organization (@who)

Shock of the night: first Phoenix lost to last HoustonBoston entered the game with Miami riding a 10-game winning streak at TD Garden, and...
Entertainment

“Patriarchy was not invented in Kosovo”