Fides still hopes for an agreement with the government, the striking doctors will not be paid 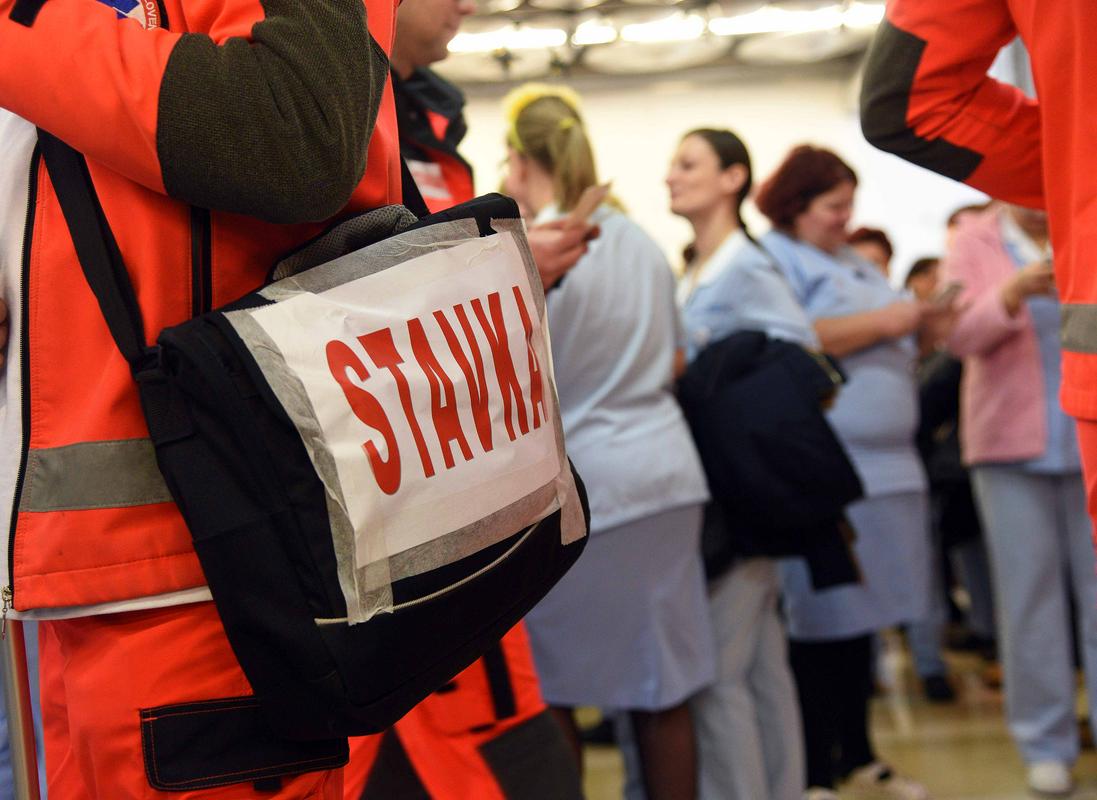 The strikers will not be paid on the day of the strike, the Ministry of Health announced

The doctors don’t want a strike, it’s just a call for help from the doctors, who are once again calling on the government side to continue negotiations, said Fides representative Gregor Zemlič.

At the meeting, the government adopted a response to Fides’ strike demands. As they wrote, the requirements will be subject to negotiations within the framework of establishing a health wage pillar within the common foundations of the public sector wage system. He also estimates that with the announced strike, Fides violates the agreement on the temporary suspension of strike activities, signed last October. Strikers will therefore not be paid on the day of the strike, the Ministry of Health subsequently explained.

Fides will comment on the government’s response when they officially receive it, said the vice-president of the trade union and head of the Fides negotiation group at the press conference after today’s meeting of the Coordination of Medical Organizations Gregor Zemlić.

Regarding the alleged violation of the October strike agreement, Zemlić pointed out that the strike demands refer to the still valid law on the wage system in the public sector, while the aforementioned agreement referred to the creation of a new pillar for health care in the wage system, “from which we expect a lot in healthcare, along with other necessary reforms in healthcare“.

According to Zemlječe, both sides must approach the resolution of strike issues. “We are still waiting for the government’s call to continue negotiations. In good faith, both parties must sit down and come to an agreement. We expect that we could reach an agreement by Wednesday so that the strike would be cancelled. If the government did not want to sit down with us at all, this is basically something extreme, completely contrary to the spirit of peaceful resolution of open issues,” he emphasized.

He recalled that, based on the results of a survey among the membership, they decided that a strike was the only way to sit at the table with the government side again, because otherwise their calls to continue negotiations fell on deaf ears. “A strike is the last thing you want. We know the state of the public health system, we know what one extra day of delay means,” he warned. The government is therefore once again being urged to hold further talks and resolve outstanding issues.

As he reminded, quite a few strike demands are quite principled. Among them is the government’s public and clear definition that doctors are not responsible for unsustainable conditions, in addition to the elimination of salary disparities in medical teams.

They also require the creation of a clear career path for doctors and the transfer of promotions achieved during specialization, which are now not taken into account for doctors after passing the specialist exam.

The last strike demand is the consistent observance of standards and norms. At the same time, they also expect the establishment of legal bases and sources of financing for flexible remuneration of doctors and dentists who exceed these standards and norms.

Regarding the next steps, decisions will be made in the union on the fly or according to the government’s response. After the strike, they will decide how to proceed at a meeting of the trade union bodies.

Otherwise, the strike will be conducted in accordance with the Act on Strikes and the Act on Medical Services. During the strike, treatment of emergencies and patients younger than 18 and older than 65 will be guaranteed.

In Zemlječ’s words, strike committees are formations “in practically all institutions, the appropriate documentation was submitted in all institutions“. He also reminded that managements are responsible for organizing work during a strike.

Brooklyn crushed the weakened Lakers in the last quarterDallas basketball players do not find the right form in January. They are currently in...
Previous article
“The real horror is when there is no blood”: once again the posters put a critical mirror on society
Next article
Rover Perseverance has completed 40% of the Mars sample repository: what are they for?