Lipoedema, a disorder that takes about 20 years to be diagnosed and is often confused with obesity 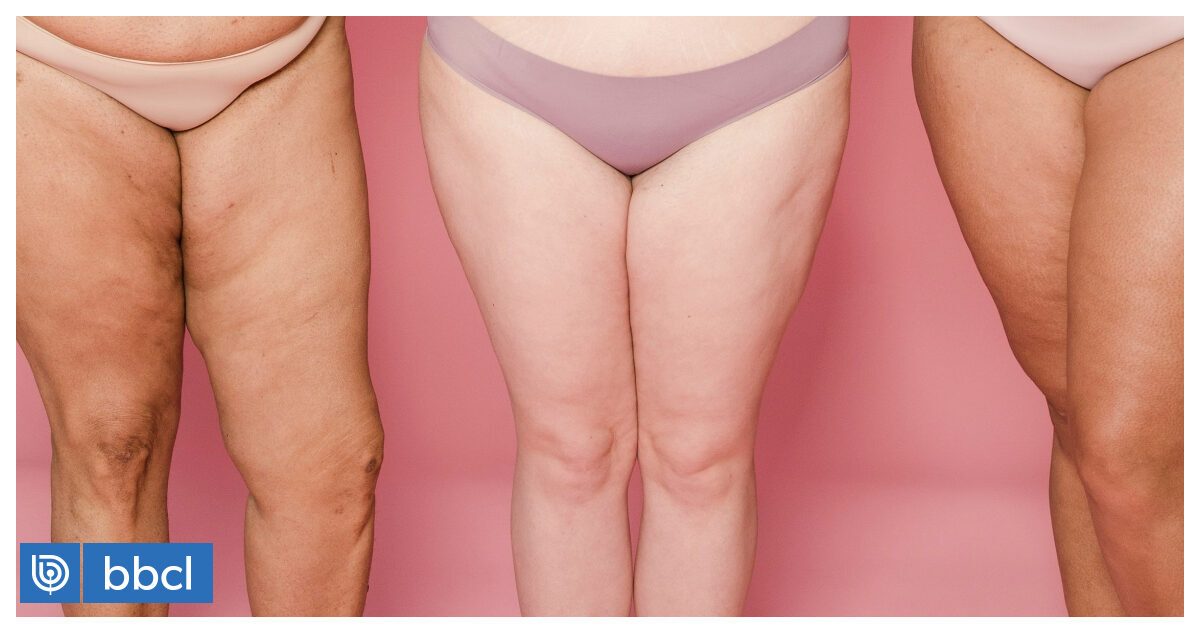 An estimated 370 million people, mostly women, suffer from lipedema, a disorder related to the distribution of fat in the body. Neither diet nor exercise can eliminate it.

of obesity It is a disease that is reaching increasingly worrying numbers around the world. However, there is a disorder that is often confused and called. lipedema .

An estimated 370 million people, mostly women, are affected. lipedema , disorders associated with the distribution of fat in the body. Neither diet nor exercise can eliminate it.

lipedema or lipedema It causes an uncontrolled accumulation of fat cells in the body. Finding a doctor who is familiar with this disease can be a challenge. Therefore, women who suffer from this disease (male cases are very rare) are most often misdiagnosed.

this is Claudia Efferts When she was 30, she developed lipedema in the first months of her pregnancy and saw many doctors, none of whom recognized the disease.

Most of the time, they advised him to lose weight, eat less, or exercise.In 2014, Efferts collapsed due to high blood pressure.

“Then I went to a rehabilitation center. They had a department there. Lymphology ’ he says. “Finally, they made the correct diagnosis. Grade 3 lipedema in the arms and legs and this is the best. It was the first time I had heard of it.”

This remedy improves blood microcirculation and stimulates the body’s metabolism. This calms the tissue, which is often hardened by lipedema, and reduces pain.

It took Effertz 15 years to make the correct diagnosis.

Diagnosis of the disease takes an average of 20 years, and most patients are in Stage 3.

Tobias Hirsch of the Hornheide specialist clinic, who is also active in the German Lipoedema Society, says what happened to Effeltz is not unusual.

“One study looked at when patients had their first symptoms, most say it was puberty. Then we analyzed when they were diagnosed, which was an average of 20 years later.” he explains.

How to distinguish between lipedema and obesity?

With lipedema, “it’s important to emphasize that fat accumulation has nothing to do with obesity,” Hirsch says.

The upper body of women with this disease is almost always thin. Fat deposits appear on the upper and lower extremities and arms .

During the course of the disease, the limbs become thicker and more disfigured. At worst, the pain is frequent and the patient is almost immobile.

“Typical triggers for this disease are puberty, the pill, pregnancy and menopause.” Hirsch explains. However, genetic factors also play a role.

Approximately 70% of patients with lipedema also develop obesity throughout their disease. Their arms and legs become deformed, resulting in the patient being sedentary.

Lipoedema was first discussed in the 1940s and came to scientific attention about 15 years ago.

Although there are no epidemiological studies yet, it is estimated that around 370 million women worldwide suffer from the disease.

“In general, European white women are the most affected. On the other hand, lipedema is not known at all in Asia. “Luprich explains.

He also adds that there is a special morphology in African women who tend to develop lipedema in the hip area.

Liposuction currently promises the greatest therapeutic success for this disease. Effertz has already had four such surgeries. He says his first few days were in severe pain, but he soon disappeared.

general, Liposuction is only performed in advanced stages of lipedema. However, by that time, many women have already developed other ailments such as obesity and high blood pressure.

The German LipLeg study is currently investigating the benefits of early surgery for women.

with an app called lipo check , there is an electronic questionnaire. The patient takes two full body pictures of her with a smartphone. The app can use the body silhouette to determine if a woman has lipedema and needs further explanation.

“This app has been tested in my practice and will be available in February or March,” explains Rapprich.

22 points by Aleksandar ShaškovSo far this season, the Helios basketball players have lost only twice to Krka in the national championship, and they...
Previous article
In 2021, Slovenian creativity will receive 9.7 million European funds
Next article
Brazil reverts to serac and UN migration pacts abandoned by Bolsonaro