Bešič Loredan: “By shouting in the streets and creating emergency situations, we are only scaring people” 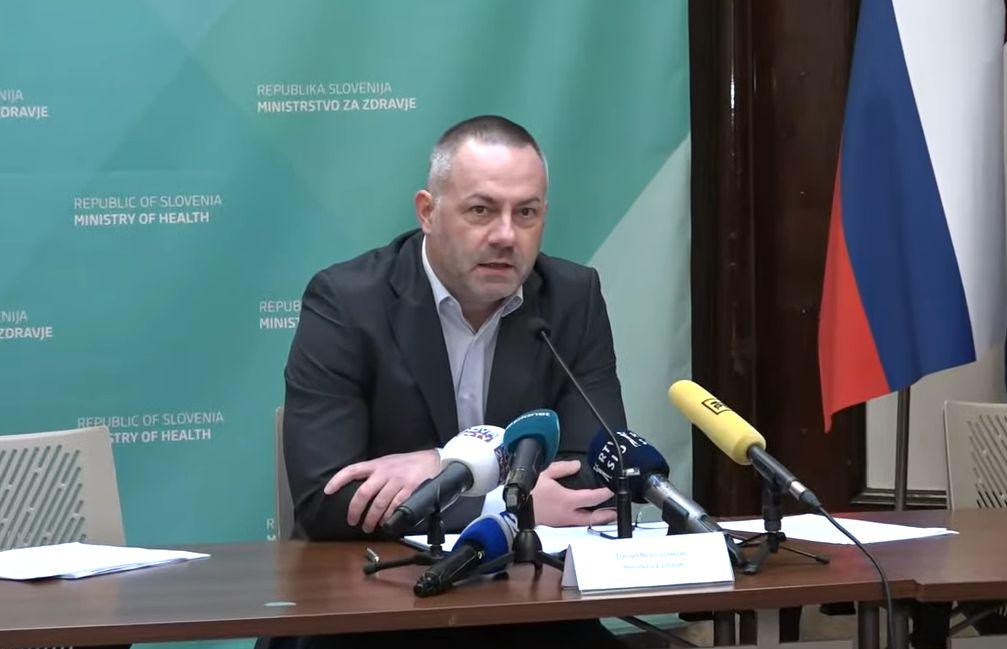 “Negotiations are a compromise and not a game in which one side gets everything at the expense of the other side, especially the patients,” said the Minister of Health, adding that Fides abused the right to strike, calling them, along with the patients’ strike, unnecessary “extremism “.

Minister of Health Danijel Bešič Loredan at the press conference, he called the strike of patients and the strike of doctors, organized by the union Fides, as creating an emergency and scaring people. After two working visits to Štajerska, Prekmurje, Carinthia, Gorenjska and Dolenjska with Bela Krajina, the minister notes that there are no emergency situations in health care in most of Slovenia.

According to Bešič Loredan, the ministry has fully examined the document of the civil initiative Glas Ljudstva, which is organizing the first patient strike on Tuesday. As the minister said, it lacks the fight against systemic corruption in healthcare and the demand for digitization of ZZZS. “Representatives of the Voice of the People visited the Ministry of Health and received all the information, so I am saddened that in very difficult conditions, patients are called to strike, because it is necessary to immediately ensure access to a personal doctor. No one can guarantee that immediately.” said the minister. He added that between 110,000 and 120,000 people have been without a personal doctor for ten years, and many do not even want to identify themselves.

Loredan Bešič also emphasized that he does not agree with the request to raise the headcount quotients for individual family medicine teams, or to increase the norm for a family doctor to 2,400 headcount quotients. Most of the teams at the primary health care level already have an average of more than 2,200 head quotients defined, the minister said. “Demanding that we legislate this and do it immediately without systemic change is unjust and misleading.” The former Minister of Health advocates for the increase of head tax rates Dušan Keber, who also advised the Minister of Health Milojka Kolar Celarc in 2017. “Someone who is so disgusted by the fee that is provided for work in outpatient clinics for the undefined received 20,000 euros net for 570 hours of consultancy work in eight to nine months of work in 2017 for the work to prepare amendments to the Health Care and Insurance Act. works – no product,” Bešič Loredan was critical of Kebra.

“By shouting in the streets, by not being able to organize normal registration with personal doctors, by accusing the minority of doctors of being amphibians, that the concessionaires are not part of the public system, that healthcare is not tailored to the patient but to the profit-making concessionaires, by creating emergency situations, we are scaring people.He added that every strike, every call to the streets, means extremism.I ask the public, haven’t we had more than enough of this in the past two years?“

He recalled that the government also adopted a clear answer to Fides strike demands. “With the implementation of the annex to the collective agreement for health and social care activities and the annex to the special tariff part of the collective agreement for doctors and dentists, all doctors will receive an 8 to 20 percent higher salary from April 1.” emphasized Loredan Bešič.

He recalled that the government and the unions agreed on the introduction of seven new jobs, the salary ceiling was lifted, which means that some doctors will be able to advance to the 61st salary class by the end of the year. “The government believes that with the proposed strike of doctors and dentists, Fides violates the signed strike agreement from October 2022. Disagreement with the content of the signed annex and the salary increase, especially for young doctors, cannot and should not be a substantive or formal reason for a strike. Especially taking into account the agreement on the temporary suspension of strike activities until June 30, 2023.“

“Negotiations are a compromise and not a game in which one side gets everything at the expense of the other side, especially the patients.” Therefore, according to Bešič Loredan, the government believes that the conduct of Fides is an abuse of the right to strike, which is enshrined in the constitution as a civilized right.

At 9:30 a.m., the second semi-final of the Australian Open Championship will begin in Melbourne, in which Serbian ace Novak Djokovic and American Tommy...
Previous article
They are withholding documents related to pension reform to avoid misunderstandings
Next article
New age pensioners will increase by 99% by November 2022, but retirement benefits will decrease by 23%