A second clinic for the undocumented has been opened in Ljubljana, and the mayor is announcing five more 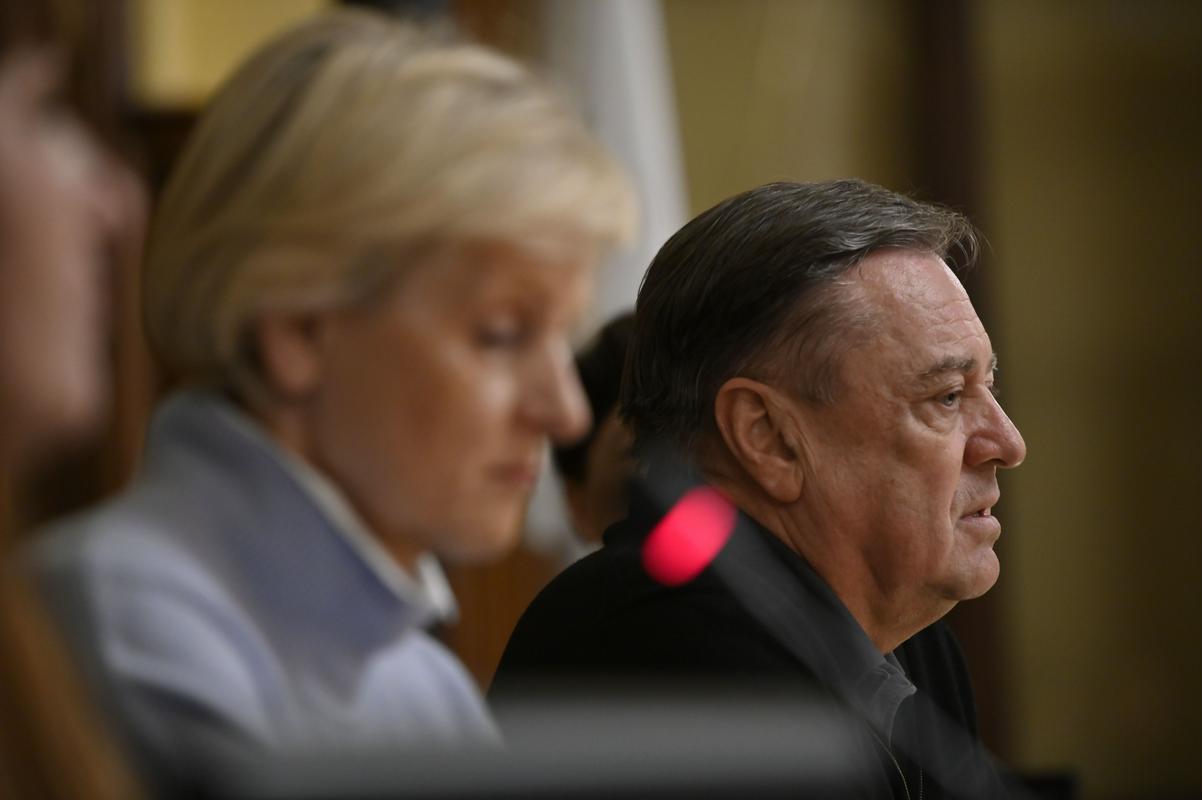 Ordering an examination is mandatory

Another clinic for unidentified patients in Ljubljana is opening its doors in the Rudnik unit of ZD Ljubljana. Mayor Zoran Janković announced at a press conference that five new clinics will be established in the area of ​​ZD Ljubljana by the end of the month.

In addition, the mayor of Ljubljana presented the municipal plans in the area of ​​healthcare. The MOL is waiting for a building permit for the unit of the medical center in Jarše, so that construction can start in the summer. A new medical center is being designed on the premises where the drive-in covid testing was held on Metelkova. The district community Šmartno pod Šmarno gora should also get a new health center unit. “Last but not least is the renovation or demolition and extension of the health center in Rakovnik,” said Mayor Janković.

He added that apart from the lack of family doctors, Ljubljana has a full number of employed doctors, including in the fields of gynecology, dentistry and paediatrics.

Janković said that what is happening in the field of family medicine has caused an imbalance, from salary classes to duty hours, between individual medical centers and concessionaires.

“There will be big changes for the better in this area as well,” he said, emphasizing that there are 13,000 to 15,000 unidentified patients in Ljubljana, while there are 132,000 of them in the whole of Slovenia.

Janković once again apologized for the queues waiting to register a personal physician in front of ZD Bežigrad. “We had a good experience with the registration of new patients at ZD Vič na Rakovnik, where they were registered peacefully, without the word spreading,” he said.

Poplas Sušič: The situation in Ljubljana is not particularly bad

“Everything that happens in ZD Ljubljana is my responsibility,” said ZD Ljubljana director Antonija Poplas Susič at the MOL press conference.

“My task is to keep the medical center in the best possible condition, with the staff and resources that exist in Slovenia. What do I mean by that? When we talk about family medicine doctors, the data show that around forty-seven to fifty of them apply for specialization in family medicine per year, unlike in 2013, when there were one hundred and thirty-eight, and this number would in some way cover the needs of family medicine in the long term of medicine in Slovenia, but not these fifty,” emphasized Poplas Sušič.

The second outpatient clinic for the undetermined will be opened on Tuesday, and then, according to her, they will gradually open in the other units next week, except for the Bežigrad unit. “Due to the fact that a new outpatient clinic for the undefined cannot be created in this unit before the regularly employed doctors are fully defined, and as you have seen, we employed two female doctors. One will have the full head fee in two to three days, and the other in a week to two“, she further explained.

Poplas Sušič also touched on the departure of doctors from ZD Ljubljana.

“The health center has around 1,600 employees. Why around 1600? Because the fluctuation is fluctuating. We have a period when there are 200 less or 200 more, during covid there were 1640 because we recruited for these needs. The number of doctors who are missing appeared unexpectedly in the autumn in the Moste Polje unit, where there are a total of eight doctors and two are left. Now one additional job is indicated, a doctor is returning. Then in the Fužine unit, where three female doctors left, and in the Rudnik unit, where the same thing happened. Most of these went to concessions at ZPIZ, at ZZZS, in large units where we currently do not perceive a shortage of doctors,” she said, adding that the situation in Ljubljana is extremely bad, i.e. the share is average.At the moment, we have ninety family medicine doctors employed, which means that ten percent of them are missing,” explained the director of ZD Ljubljana.

Two clinics for the undefined in Rudnik

The identification of patients in the outpatient clinic for persons without a selected family doctor takes place simultaneously with their treatment due to health problems, ZD Ljubljana emphasizes. On Mondays, the clinic will be open from 4 to 7 p.m., on Tuesdays from 7 a.m. to 1 p.m. and from 2 p.m. to 6 p.m., and on Wednesdays, Thursdays and Fridays from 7 a.m. to 11 a.m.

It is mandatory to make an appointment for an examination in the clinics for unspecified patients in the Ljubljana Hospital, patients should call the phone number 01 4202 405 during the clinic’s office hours. Patients who last chose a personal physician in the Rudnik unit are asked to call 01 42 02 400 to order an examination.

At the same time, ZD Ljubljana announces that, given the number of staff available to work in clinics for the undefined, they will not initially be able to provide a definition to all patients who are currently without a personal physician. “Regardless of this, we will still provide medical care to everyone who needs it, namely in the units in which they had a personal physician, i.e. in the chronic, acute, administrative clinics and wound dressing clinics that have been established so far.” they added.

In the meantime, several other Slovenian public health institutions are also preparing to open clinics for the undocumented. By March 31, 2023, the Ministry of Health envisages a total of 94 outpatient clinics for unidentified patients across the country, in addition to Ljubljana, the first outpatient clinics were also opened on Monday in Maribor, Celje and Velenje.