ZZZS rejects accusations of uncontrolled outflow of money: We are the most controlled institution 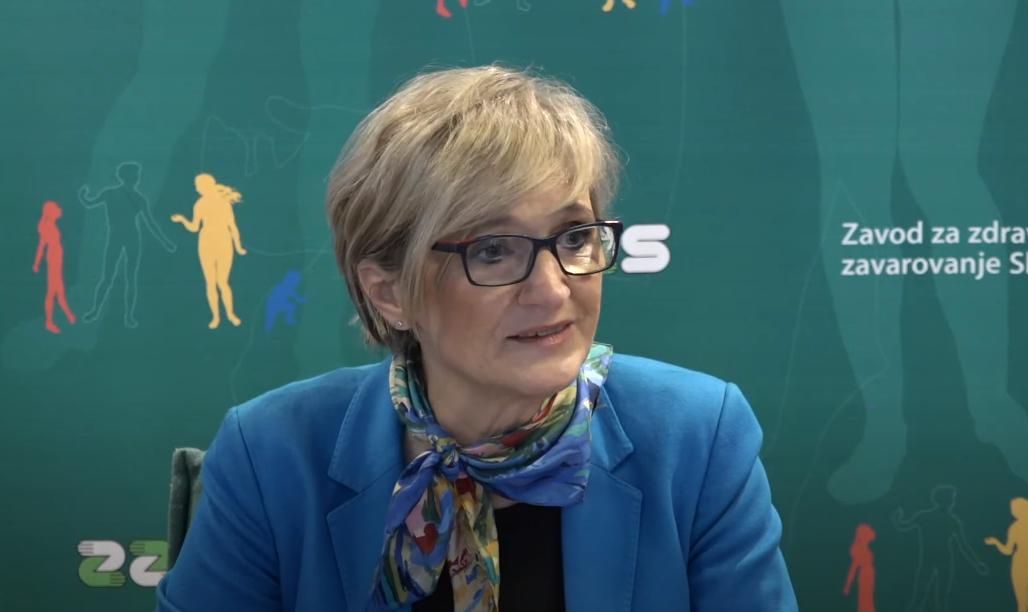 The institution emphasizes that, within the framework of the reform, they primarily want more active roles in the health care system

In response to the government’s announcement that the health reform will begin with the renovation of ZZZS, the general director of the institution, Tatjana Mlakar, emphasized that they have been striving for changes for more than ten years. At the same time, she rejected allegations of uncontrolled outflow of money.

Minister of Health Danijel Bešič Loredan presented an analysis of the health system at the coalition summit in Brdo pri Kranje on Wednesday, which, according to the Prime Minister, is Robert Golob showed that the situation is worse than anyone in the country thinks. As he added, the health reform can only be comprehensive and must be tackled at the central point – at the Slovenian Health Insurance Institute (ZZZS). In the Echoes of Television Slovenia, the prime minister warned that “the biggest part of the problem is the 4.5 billion of public money, taxpayers’ money, which in a way circulates almost unchecked through the system.”

ZZZS rejects such accusations. As ZZZS general director Tatjana Mlakar said at the press conference, even in the recommendations of the European Commission and the OECD, they never perceived that ZZZS was the core of the problem. She pointed out that ZZZS is the most supervised institution in Slovenia, which is audited every year by the Audit Court, which issues a positive opinion on its operations every time. “However, we are of course in favor of more control on the part of other stakeholders in the health care system, for example hospitals, where material, equipment and medical workers are actually purchased,” she emphasized.

They also reject the allegations that ZZZS is hiding some information from the government. According to the general director’s assurances, ZZZS enables all stakeholders in the healthcare system to dispose of data and delivers it to them. But it is a fact that the institute processes massive volumes of data, she warned. “A few weeks ago, the Ministry of Health also requested access and authorization to mine our databases, which we gladly accepted, but at the same time, as administrators and guardians of this data, we requested a legal basis. Currently, this legal basis does not exist, and I think it will legally defined by the ministry, and immediately after that it will receive the authorization. We have also already agreed on training for mining in these databases.” she explained

At ZZZS, the planned health reform is welcomed, according to the general director, as they have been working to change their role within the health system for more than ten years, but that this requires a change in legislation. “We want a more active role, such as that of comparable German and Austrian health funds or, for example, the Estonian Health Insurance Institute, which was recently presented as a model by the Minister of Health,” she said.

According to the general director of ZZZS, in recent years the health system, including mandatory health insurance, has become increasingly statist-led by the state, without clear powers and responsibilities of the other stakeholders in the health system, which weakens the efficiency and effectiveness of the health system. “We would like the goals of the reform to be aimed primarily at improving accessibility to the family doctor and generally strengthening the primary levels of health care and, of course, improving accessibility at the secondary and tertiary levels, as well as managing waiting times and waiting lists, where we still have quite a few challenges,” the opinion of ZZZS was summarized by its general director.

Among the measures that, according to ZZZS, should be adopted as a matter of priority, she also listed structural changes in the field of management and organization in healthcare, salary policies in the public sector, the expansion of digitization, information support for management and management processes and, of course, the development of the public healthcare network. especially hospitals.

Among the urgently needed measures, the Director General highlighted the improvement of the management of the health system at the national level. “Here, of course, it is necessary to prioritize the improvement of strategic planning, especially the planning of personnel resources and health facilities at the primary, secondary and tertiary levels, and of course also the regulation of the system of evaluation, introduction and abandonment of certain health technologies,” she listed.

At the same time, Tatjana Mlakar emphasized that the reform cannot be directed exclusively at one stakeholder in the health care system, but that all key actors in the providers must also be partially included in it. “We cannot do the reform partially, only at ZZZS, because our interactions and business paths are connected. That is why we also mentioned digitization in other areas. We also really miss the e-carton and recording of clinical services,” she added.

22 points by Aleksandar ShaškovSo far this season, the Helios basketball players have lost only twice to Krka in the national championship, and they...
Previous article
Ažnoh world junior downhill champion
Next article
A mentally broken Nadal will try to move the final point