Satisfied in the medical association, but disappointed in the Voice of the People initiative 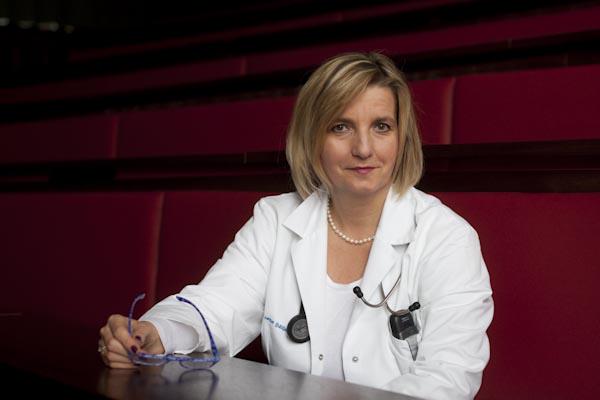 The Medical Chamber of Slovenia positively assesses the Minister’s announcements of a serious and comprehensive healthcare reform based on analyzes and involving all stakeholders and the search for a national consensus. They are disappointed in the Glas ljudstva initiative.

The Medical Chamber of Slovenia is ready to help with reforms in healthcare from a professional perspective. According to them, the minister emphasized the key problems of health care in the areas that are constantly pointed out in the chamber, namely the lack of personnel, especially doctors, especially family doctors, the need for administrative relief, the transfer of competences and better organization at the primary level. “The goal is equal and equal access to the health care system for all residents,” they wrote in response.

“We are glad that the minister emphasized that our Slovenian healthcare system is extremely good and highly valued abroad as well. We agree, however, that it is imperative that matters in the field of organization, management and financing begin to be regulated systematically, based on analyses, with measures that are verified in the international environment and based on the widest possible consensus,” she emphasized Bojana Beovićpresident of the chamber, and added that it is important to ensure that the system will be sustainable in the future and will be able to maintain this professional and high-quality level of health services and significantly improve accessibility.

Beović agrees with the minister’s assessment that a big problem in family medicine is administration and the related burden on doctors. Administrative burdens related to digitization must be reduced, she emphasized.

Ravnikar: We support the withdrawal of bureaucracy

“We support the strengthening of primary health care, the removal of bureaucracy from doctors and especially from primary level clinics, and all efforts to give space to professional work with patients. We expect that doctors at the primary level will be provided with enough time for the patient, an empowered support team that will carried out the work with his own competence and full responsibility, as well as the possibility of performing rapid diagnostics. We also very much welcome the promises about the appropriate digitization of the system.” however, he commented on the predictions of the Minister of Health, Bešič Loredan Rok RavnikarChairman of the Primary Health Care Committee.

Since a large number of places were advertised, fewer individuals decided to specialize in family medicine and some other professions, which are also dealing with staffing problems, she explained. In determining the number of specializations to be announced, close cooperation between the ministry and the profession will be necessary, in my opinion.

According to her, increasing the enrollment places at medical faculties is only possible gradually, and the enrollment conditions should also be changed. High school success alone should not be sufficient, but also various other qualities and abilities of the candidate, she said.

Health Minister Bešič Loredan also emphasized that over the years, the ministry has handed over all control powers to other institutions, including chambers and municipalities. Beović explained that the chamber carries out professional inspections with consulting, which, depending on the funding of the ministry, can carry out more than 100 per year. They would like to carry out more inspections, she explained. “If the ministry decides to organize these controls by itself, the change will not be very big, because in any case such type of controls will still have to be carried out by the medical profession,” she said.

Disappointed in the Voice of the People initiative

“The members of the initiative Glas ljudstva are outraged and deeply concerned about the presented conclusions of the coalition summit in Brdo pri Kranje on the planned health reform. Our reaction is based on the statements of the Prime Minister and the press conference of the Minister of Health, which took place today.” they wrote in a response to the public.

According to them, the priority measures presented by Minister Bešič Loredan do not take into account key commitments from the coalition agreement and pre-election promises to voters. The demands expressed in this strike by the patients were also completely ignored, they note. “He did not address the problem of the conflict of interests represented by dual practice, he did not address the financial imbalances that encourage the transfer of doctors from public institutions to concessionaires, he did not address the insurance policies that enable jumping of ranks and thus destroy the equality of public healthcare, and he also did not address the completely clear the pre-election commitments of all coalition parties to abolish supplementary health insurance without shrinking the basket of rights,” the Voice of the People warns.

They also find it unacceptable that the government wants to quickly force all members of the coalition to sign Covenants for cooperation and support in the implementation of the health reform, which the public did not even see and did not have the opportunity to decide on. Commitments that reduce the focus of the reform on strengthening public healthcare with public providers and quietly open the door to privatization and profiteering are completely unacceptable, they wrote.

“The fact that several interest groups, such as “Mladi djičcici”, “Zdravstvo.si”, “Slovensko zavarovalno zvezdenje”, etc., publicly expressed their enthusiasm for the minister’s announcements of the reform, clearly shows that the concern is justified. advocates of further privatization of Slovenian healthcare. This is just an additional indicator that we are rightly concerned that this government “reform” under the guise of hunting for on-duty culprits in ZZZS will continue to allow the undermining of public healthcare and even open the door to privatization.” highlighted in the Voice of the People.

The coalition parties and the government are once again calling on them to finally come to terms with the strike demands of the patients’ strike, and to explain what the reform will be and who it will really serve. “Until the final vision of the regulation of our public health care is clearly presented, the insistence on “consecutive steps”, which leave all the key demands of civil society undefined and postpone them several years into the future, is a reason for the deepest concern and mistrust regarding the true goals of the reform.” they concluded.