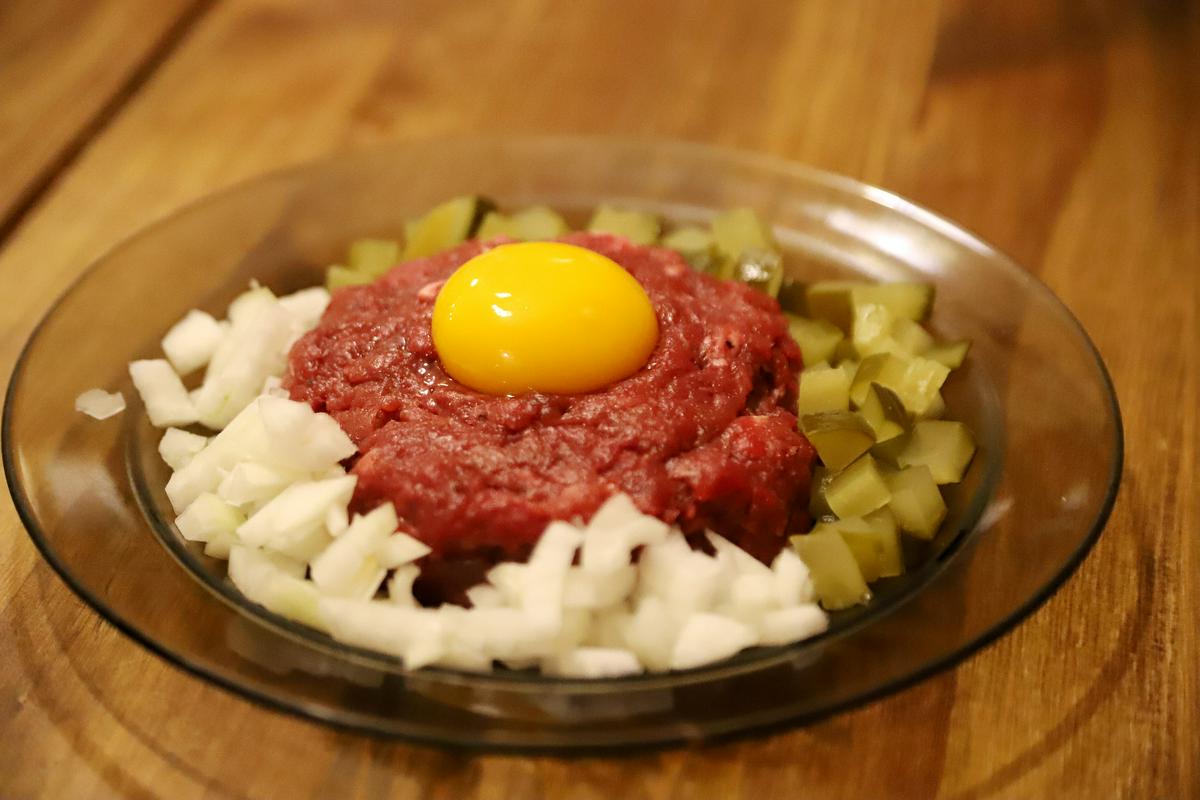 Findings from a large-scale epidemiological investigation

The competent services presented the final findings of the investigation of salmonellosis cases that appeared in eight regions of Slovenia at the end of November. A total of 138 cases were detected, of which 70 were in women and 68 in men.

As the epidemiologist said Sanja Vuzem from the National Institute of Public Health (NIJZ), in the case of an outbreak, we can with high probability speak of a common source of infection through the consumption of steak tartare from the same plant.

In November and December, the Epidemiological Service dealt with the increased occurrence of Salmonella infections. After an epidemiological investigation of the first cases from Murska Sobota, Raven na Koroškem and Celje, they found that “patients reported eating steak tartare a day or a few days before the development of symptoms, and the persons were not necessarily related to each other or in any other wayAfter suspicion of food contamination, the competent inspection services of the Food Safety, Veterinary and Plant Protection Administration (UVHVVR) were notified.

In an extensive epidemiological investigation, they then found that a total of 138 cases of infection were reported in the period between November 12 and 26 last year, of which 70 were in women and 68 in men, and the average age of the patients was 33 years.

According to the epidemiologist, 94 laboratory-confirmed cases and 44 probable cases were recorded. “The clinical picture was dominated by nausea, diarrhea and vomiting, 33 people were treated in hospital, no one died,” Vuzem explained, adding that the cases appeared in eight regions out of nine, with the majority recorded in the northeastern part of the country, especially in the area of ​​Maribor, Celje and Murska Sobota.

At the same time, epidemiologists detected two peaks in the occurrence of cases of an increased number of infections – the first from November 14 to 16, which coincided with the Martin’s weekend, and the second a week later.

“The conclusion of the epidemiological investigation showed that in the mentioned outbreak we can with high probability talk about a common source of infection, namely through the consumption of the same steak tartare from the same establishment in Slovenia,” stated Vuzem.

The National Laboratory for Health, Environment and Food also participated in the investigation of the cases. As she explained Maria Trkov from the Department of Public Health Microbiology, took a closer look at 87 human isolates and one food isolate of Salmonella and analyzed them by whole genome sequencing.

At the National Veterinary Institute, three samples from steak and three from duck meat were analyzed at the same time. “When we performed all the analyzes and compared the genome sequences of the isolated bacteria, we found that out of 87 tested isolates, 84 were closely genetically related, the isolate from the battle and the three isolates analyzed at the veterinary institute were also classified into this group,” she added.

The course of action of the UVHVVR inspectors was explained by their representative Nadja Škrk. After receiving the first information about the salmonella outbreak on November 21, after carrying out additional inquiries and data analysis, it was determined that Fingušt steak from the Slovenian producer Mesnina Štajerska could be involved.

On this basis, the very next day, they introduced an extraordinary inspection control and carried out an inspection, in the framework of which they verified the fulfillment of sanitary and technical conditions, as well as the employees’ declarations about their state of health. They also took five food samples, including raw materials that were used in the production of beefsteak.

At the same time, as Škrk stated, the manufacturer himself received the results of the analysis of his own sampling, which were already taken on November 18 based on the application of the Lidl retail chain. “Analyzes carried out by an official laboratory showed that three lots of beefsteak produced by a specific producer contained salmonella enteritidis,” she said.

According to her, on the basis of these results, the official veterinarian immediately ordered the withdrawal and recall of the product from the market, and subsequently all employees of the manufacturer were referred to an examination for the purpose of excluding the consumer. Four employees were later confirmed to have salmonella, but it turned out that they were not in direct contact with the steak tartare, which was produced during the risk period.

During the implementation of other inspection procedures at the beefsteak producer, it was found, among other things, that he did not carry out the officially prescribed sampling and that the use-by date of the beefsteak was not validated. According to Škrk’s explanations, the manufacturer carried out a thorough cleaning the day after receiving the report from the retail chain.

“After we received proof from the contractor that the safety of the products was guaranteed, production was released from November 30” added Škrk.

Based on the findings of the inspection, the manufacturer was placed on the list of establishments with a higher risk, which in practice means a greater number of regular inspections and the frequency of sampling itself. Regarding the infringement procedure, Škrkova mentioned that it has not yet been completed.