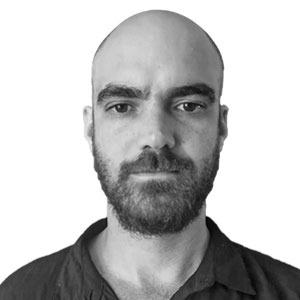 In a previous article, we explored the persona of Abel Cuenca and the first writings that helped the University of El Salvador begin enabling discussions on agricultural reform in El Salvador. But despite the surprise that this might occur, if it marks a milestone to begin to tell the story of the gradual disintegration of the taboo, it is perhaps the return of Colonel Luis Lobo Castella to El Salvador in 1962. Army colonel? That’s how it is. Let’s see why.

Born in Ahuachapan, Lovo Castelar graduated in 1930 with honors from the First Class of Army Officers. This put him in a position of authority before successive ranks of soldiers, making him a kind of epic for the Salvadoran army. With his moments and performances at the officer academy, he is like all those who have come to power since the downfall of Hernández Martinez, especially with the young soldiers who led his 1948 coup and started a new process. grew to Politicians: Oscar Osorio, José María Remus, Julio Rivera, Fidel Sanchez. He was a consulting man. His writings can be traced in various military and National Guard publications from the 1940s onwards. During the Osorio administration, he became a military observer during the Korean War.

When Remus became president in 1956, he was at odds with Lobo Castella, but it wasn’t clear. In an article published in El Diario de Hoy on 13 October 1962, Rene Glower Valdivieso wrote that Lovo Castelar left “quietly” after a meeting of the senior secretaries of war convened by the then President of the Republic. pointing out that At the end of the meeting, Lovo Castelar reportedly declared, “He knew he was in the army, but he didn’t think they would confuse me with a goat.” Remus decided to send him on a scholarship to Mexico to study the possibility of setting up a bank, but shortly after the scholarship was suspended, Robo Castellar decided to study economics at the Institute of Technology. chose to start. Remus’ downfall, and above all, Rivera’s arrival in power, prompted the return of Lovo Castelar. Lovo Castelar went largely unnoticed and would have been a historically insignificant event were it not for what he had under his arm. Defended in 1962 by Economics entitled “The Agricultural Reform Project in El Salvador”. Upon returning to El Salvador, Rivera asked him to join Konaplan as an agricultural planner. From that institutional representation, he took advantage of the opportunity to disseminate the issue of agricultural reform and was one of the first Salvadorans to attend an international course on agricultural reform promoted by international organizations in the context of the Alliance for Progress. Lovo Castelar’s papers were published as books (with the exception of some chapters) and were continuously distributed among military, engineers, and politicians.

Considering that in 1970, six out of ten Salvadorans were still living in rural areas, it is not surprising that one of the pioneers of the agricultural controversy in El Salvador was an army colonel. An analysis of military publications such as his Army Bulletin in the 1950s found that entire pages of the bulletin (8 pages on average) were called “farmer soldiers” and were intended to promote specific agricultural practices. It is suggested that army member. In other words, the army was an institution fed by soldiers who were also farmers. Lovo Castelar knew how to identify the asymmetries in agricultural structures that prevented lasting social order. His primary concern as a soldier was to establish a social foundation that would not devolve into a series of internal conflicts. He pointed out that he was in control.

Worthy of a separate article, Lovo Castelar’s land reform project cannot be understood outside the framework that opened the recent Cuban Revolution (1959) and the US counterpart, the Alliance for Progress (1961). This is El Salvador’s first concrete proposal for agrarian reform, and its impact on the intellectual, military and political elite cannot be underestimated.

Previous article
Neuer and Flick are hoping for a make-up test at their home Euro, Müller will have to think about it
Next article
US: Senate approves bill to prevent rail union strike