recession is a threat 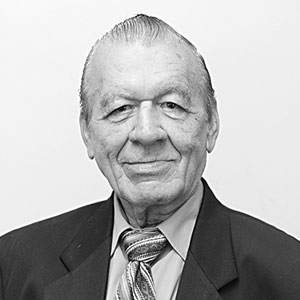 The latest edition of this rather important morning paper warns of the imminence of a global economic recession that will sooner or later affect El Salvador, whose severe effects and general consequences continue to be visible in it. It will be. Until the moment I write these lines, I have not even heard or read an official message from President Bukele, or his so-called “economic cabinet.” I am a legal expert and among the courses taken were Economics I and II. These were taught by economists, with a great reputation and experience, to which was added the experience gained for some time in the field of finance. , just when the first Free Trade Agreement (FTA) was signed.

News about this unpleasant phenomenon comes to us mainly from the United States and Europe, but many of our compatriots have to ask themselves what an economic depression is. In a simple way, without academic fanfare, I would simply answer that it is one of the phases of the economic cycle. Its main feature is a decrease in national or regional economic activity and consumption. As a result, commercial activity declines as capital spending declines. This means less production of goods and services, with deadly consequences such as rising unemployment, a situation that we refrain from writing about for now. In summary, a country’s recession is measured by the rate of growth or decline in Gross Domestic Product (GDP). This includes commercial activity, levels and total of available or occupied jobs, productivity range, and self-investment rate. and foreigners.

As a nation, we are economically closely related to or dependent on U.S. investments, whether through direct investment in private companies or through loans to governments and local governments. If the recession that has already begun in the northern country does not improve at all in the first half of 2023, one can already imagine what to expect for the rest of the year. Based on the research of economists, we say it is of international value. Nor is it our wish to “scare the dead with a duffel bag.” Because, unless there is a Russian war/conflict, I am confident that by intelligence, goodwill and patriotic decisions this undesirable economic phase will soon end in the world. increase. Migration increases or we are hit by highly devastating natural disasters. Regarding the decline in consumption of goods, economists consulted pointed out that the decline or decline in consumption would primarily affect financial activity related to real estate and car purchases, and logically to mortgages. It should be noted that These timely warnings are sent as forward-looking advice, not as orders, but as forward-looking advice to agents or companies in charge of the business concerned, as well as to fictitious customers.

Of course, this phenomenon is inevitable, and the President should hold appropriate consultations not only with economic ministers, but with the entire Cabinet, not only with government economists, but also with universities, businesses, and professional associations. , must be maintained. The colors are supporters, but only the national welfare he has two blue stripes and he is wrapped in his one flag of one white. It must be remembered that Mr. Nayib Armando Bukele Ortez is not the president of the Nuevas Ideas party, but the president of the Republic of El Salvador, and this activity is also indicated in the current constitution. 101.- The economic order must fundamentally correspond to the principles of social justice, which tend to guarantee a worthy human existence for all the inhabitants of the country. The State promotes economic and social development by increasing production, productivity and the rational use of resources, and with the same aim promotes various branches of production and protects the interests of consumers. It is written.

Investigation of police colleagues who tried to help cover up the factsProsecutors in Memphis, Tennessee, have filed charges against five police officers for the...
Previous article
Already written off, Detroit beat Green Bay and made Seattle happy
Next article
Will the doctors and the government sit at the common table before the strike?