XBB.1.5, a new subvariant of Omicron and a new threat due to COVID 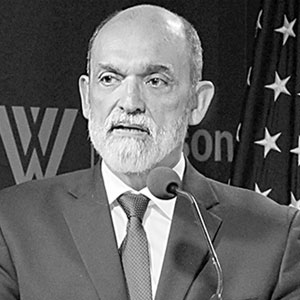 It was the first few days of December and the temperature in New York City dropped more than expected. This predicted a storm coming from the Arctic cold, a paralyzing and killing storm. At the same time, his two offspring of the Omicron BA.2 subvariant exchanged parts of the genetic code. This exchange resulted in 14 new mutations in the viral spike protein and one new subvariant, XBB.1.5 (the new subvariant is also known as the ‘kraken’, after the legendary sea monster in Scandinavian mythology). ) occurred. Vaughan Cooper, professor of evolutionary biology at the University of Pittsburgh, said: “XBB didn’t evolve because people were vaccinated. was infected with the virus of

According to the World Health Organization (WHO), XBB.1.5 is the most contagious subspecies of omicron in existence. 29 was identified. Additional countries. Including Canada and Chile in the Americas. There is evidence that this new mutant has the ability to cross immune barriers, but it also has an improved ability to penetrate human cells, so other mutants may A recent study found that it was 63 times less likely than BA.2 to be neutralized by antibodies in the blood of infected and vaccinated people. 49 times less likely to be neutralized compared to BA.4 and BA.5. However, it is not yet clear whether it causes more serious illness.

CDC Director Dr. Barbara Mahon recently said: It is not yet known if there are specific symptoms associated with this variant, but multiple studies have been conducted and the results will be published soon.

The accelerated spread of this new mega-transfective variant in its northern neighbor during the Christmas season should alarm authorities in El Salvador’s Ministry of Health (Minsal). His December report from the Ministry of Tourism said the number of Salvadorans residing in the United States visiting the United States has exceeded officials’ expectations, with the number of visitors coming from the north in 2021, many of them from New York. live in York and surrounding cities where more than 75% of his COVID-19 infections are caused by her XBB.1.5. It would not be surprising at all if such a virus were already prevalent in our country.

What can Minthal do to protect its citizens? First and foremost, border surveillance is critical to try and slow the entry of new subspecies into the country, if possible. Second, we need to strengthen immunization programs.

Today, and shortly before I sat down to write this article, I went to the Chirilagua Health Unit in the Department of San Miguel with the aim of applying a new booster of vaccines. The nurse who kindly looked after me said that at this very moment she only had the SINOVAC vaccine. She knew the futility of such a vaccine, so I refused it. It is well documented that the only vaccines that protect us from new variants are Pfizer and Moderna. It is imperative that we begin to recognize knowledge. Hearing ministers phrasing on TV shows such as “Face to Face” banishing messages the public cannot use will not help improve civil protection. Actionless verbs are only useful in a blind crowd dominated by a one-eyed man.

Previous article
Moscow denies a split between the army and the Wagner mercenary group
Next article
Farewell to the radio personality with the longest career in the world, which spanned six decades