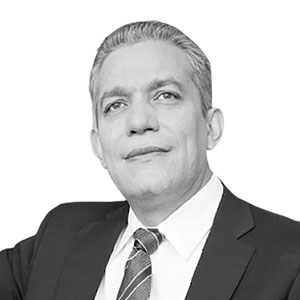 I am writing a book about the most important events of the year in my adopted country. Corruption case exposed.

In 2015, under an agreement with the OAS, the Mission Against Corruption and Impunity in Honduras (MACCIH) was set up to win the torch, all non-political citizens sick of corruption, to come Friday He went out religiously at night, torches in hand, in various cities of the country to demand an end to corruption.

The Special Counsel Unit for the Impunity of Corruption (UFECIC) was created as an enforcement agency attached to the Ministry of Public Affairs (FGR).

We briefly review several relevant cases filed in court. An irrigation project in the Jamastrand Valley and a water harvester that benefits many smallholder farmers. One of the regions of the Terribly Dry Corridor.

The project was bid on and the company spent on several elements, but it didn’t work out. All materials, tools, and equipment were discarded at a value of $5,284,552.84. The company promised to open 300 wells, then dwindled to 103, demanded additional funding, and disappeared without anyone being sued. Bribe in between? Maybe.

The cost of water harvesters (small waterproof artificial lagoons) and their respective irrigation systems was $8,130,081.30. 400 lagoons were agreed. Only about 40 were opened, and many of them didn’t work because they had to build with gravity and couldn’t even do that.

In Honduras’ Dry Corridor, 82% of residents live in poverty. These projects will help her over 25,000 of them. Everyone was disappointed. Every year drought impoverished and no one was prosecuted.

Another transcendent case was that of former President Porfirio “Pepe” Lobo Sosa and his wife Rosa Elena Bonilla de Lobo.

The former president carried out some sophisticated and tricky ploys, but most of all immoral. Because the stolen money was from the National Children’s Fund (PANI), which is funded by the National Lottery. The name says it all.

These types of businesses, as well as state-owned power companies and landline companies, are “snatched” by the then-government for petty cash. Governments that arrive, governments that escape them. In fact, the latter two of him (ENEE and HONDUTEL) are practically bankrupt despite constituting a monopoly in their respective activities.

Pepe Lobo issued a decree of the President and the Council of Ministers (PCM) to create a special fund, the basis and main considerations of which are: Implementation of social programs for the benefit of the country’s vulnerable populations”. The money was used for the president’s personal safety and then sent to the account responsible for the presidency.

As for the former First Lady, she behaved more crudely. Four days before her husband’s presidency ended, she transferred her $423,728.81 from a bank account assigned to the First Lady’s office to her personal account. The money came from donations from friendly countries and should have been used to buy shoes for low-income students.

In one of the most notorious cases in Honduran history, Mrs. Lobo was sentenced to 58 years in prison. A criminal court then granted her appeal and ordered a repeat hearing. She was again sentenced to “only” 27 years in prison.
These incidents show that when the ruling political class feels unpunished, omnipotent, and even blessed by such a God, it can become the worst predator of the people of El Salvador. It helps warn people of
I have more cases, but not enough space.

At 9:30 a.m., the second semi-final of the Australian Open Championship will begin in Melbourne, in which Serbian ace Novak Djokovic and American Tommy...
Previous article
To the Giants’ surprise, Jacksonville rallied after trailing 0:27
Next article
After the plane crash in Nepal, there is no hope of finding survivors