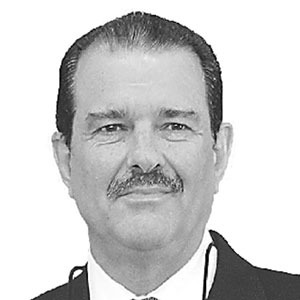 When Deng Xiaoping pulled China out of Mao Zedong’s fateful Cultural Revolution, which attempted the absurdity of eliminating human individuality and integrating the new purely social, he turned it toward development. I tried to make a lasting progress. On the premise that “Any color cat will do if it catches mice.”

It was not the intention of Deng or his successors to lead China from its course to Marxist ideals. As it was until recently, it was simply a matter of harnessing the intrinsic forces that drive productivity and competitiveness in a market economy with multiple “players” for each productive or commercial sector.

With that in mind, China will develop a modern economy, end the famines we really heard about as a child in the 1950s and 1960s, lift literally hundreds of millions of people out of poverty, and become a world power. I was able to become in the world and in major areas about it.

But when the majority of the population has low incomes, large class disparities persist, opacity shines through, and individual human rights are based on the Universal Declaration of Human Rights, China remains the country shamelessly neglected. Today, after the Communist Party (CP)’s recent congress, the undisputed leader, Xi Jinping, decided to “unplug” the PC from losing control. Communist Party rule is guaranteed. This is especially important in a society of 1.6 billion people, but it can reduce creativity, productivity and global competitiveness. GDP growth may be lower than it was recently.

Not to underestimate, but I don’t think China is a dominant force. It is not the current situation where the economy is sluggish and many internal problems, including environmental problems, must be resolved. As seen in her handling of the COVID pandemic, including her current strategy, she intends to act in her own best interests as far as she will allow, and that she is somewhat volatile, more as a business partner. We see. Militarily, its capabilities are increasing, but we don’t see the ability to replicate that of the United States, which has 800 bases around the world. For example, China’s Diego Her Garcia or Guam is not on the opposite side of the globe from where China is located. Despite technological advances, bases around the world remain important. But they are very expensive. That’s why the US won’t dismantle them.

Relations between China and the West will always be complicated, mainly because of China’s mistakes and many unfounded fears. We need to understand China, the center of the world, Xinhua News Agency, build a deep relationship with China, and take advantage of it, or at least get out of the “table”. For example, being part of the ‘Silk Road’ proposal around the world is more a metaphor than anything else, and participating countries are, in some cases, for purely geographical reasons, as is the case with the Isthmus of Central America. That means it will be part of the most ambitious commercial network ever. Everyone, including the United States, must participate. What about a railroad from Colombia to Mexico that connects globally from the South Conical “End of the World” to Cape Town, South Africa? Suppose the proposed tunnel under the Bering Strait is completed.

The Chinese see it as part of a process that can take hundreds of years to come to fruition. We want everything “for yesterday”.

Transforming China’s strength into a positive factor for sustainable, lasting progress and global security that will lead us to lasting peace is very difficult.

Previous article
14 people died in a helicopter crash near Kiev, including the Ukrainian interior minister.
Next article
The ‘discovery gem’ of international tourism