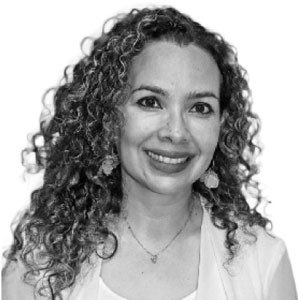 When Paulo Freire, one of the most important educators of the 20th century, said that teaching requires respect for the autonomy of students, students educated through critical analytical thinking , it was implied that they might continue to question the dignity of their autonomy. Analyze through freedom of expression. It’s not enough to know the approach, but to understand the relevance of the problem as well as reflect it.

In history we appear as witnesses or protagonists, and it is up to us, as an existential requirement, to rethink what we have thought. This is because it is not a repetition of an event that evolved at some point in a series of events and brought a disadvantage to society. .

In a society where trust in ideology and party voting has been constantly defrauded, as is a matter of law, this has given rise to a parapet of historical suspicion, and one would expect an obligation to be more prudent and take greater responsibility. . Participation at the level of civic action.

Not this circumvention, but non-conformance of the new proposal. As it exists in a democratic and representative political system, freedom of expression and participation permits and requires the signaling of crimes previously committed by action or inaction. There is a wall that selectively repels those who violate the statute as a political organization, but there is nothing new about this. Always remember that no matter what was thought, everything must be reconsidered and everything is in doubt. Nothing is perfect. Because it lies under the shadow of human nature, and in these cases tends to paint itself as nationalism and curtail will and freedom in general. .

Thus, due to a historical past with unfortunate episodes, the rest of the rulers are left with a feeling of emptiness, backed by social and political paternalism that only invalidates and simplifies critical thinking. We must not be adamant and indifferent to the euphoria of the dream of demonstrating the heroes we create. For better or worse. Limiting and identifying speech in the sense of ridicule or polarizing prejudice.

What is truly certain is that it is very difficult to reconcile media historiography when dignity and autonomy of thought are involved. , or the veneration of the institution is an affront to the esteem of a people that remains deeply wounded and neglected for decades. You’ve been on your knees for so long that you’re afraid to get up. It is not because of lack of courage, but because of the potential threat of meager payment to good servants, and convenience that ultimately tarnishes your dignity. It’s an insult to the diaspora who know that the years never recover, and that now when they return, they’ve moved the strings of their hearts of feeling that they’re neither here nor there.

Don’t we know what led to the armed conflict that lasted more than a decade? Don’t we understand the causes and consequences of being an exiled country? A country with the highest levels of corruption fails to understand that opportunistic projects deserve an ideal scenario to survive much of the hype and try to rediscover the roadmap for sustainable development. But before we show you what’s suspect and what’s not? Yes, we firmly believe we know the answers to these questions. Moreover, far from the interpretations each of us can have of our past and present history as a society, we know that we carry the weight of history on our shoulders as follows. Express the protagonist by not rethinking or expressing it at that point. The time is today.

At 9:30 a.m., the second semi-final of the Australian Open Championship will begin in Melbourne, in which Serbian ace Novak Djokovic and American Tommy...
Previous article
Kopitar impressed with two goals, Fiala scored the decisive one
Next article
Djokovic is a big favorite against Rublev