power is a combination lock 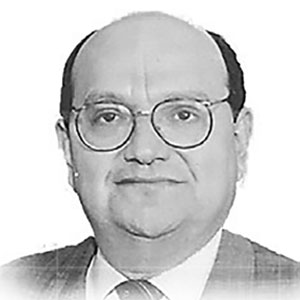 Politicians need to comply with written and unwritten rules so that their control in government administration will be accepted and that they will gain public support for adopting a style of active politics for the benefit of all citizens. there is.

Politicians are tempted by opponents and those defending political causes not their own, considering that certain situations lack validation and are all left to political intuition. Shouldn’t. The key to power, which is the best way to understand it, is to have the ability to unbalance a nation on essential issues, while at the same time keeping all political options open.

Politicians are trained in hard-hitting schools where they learn that governments are more concerned with political stability than with consolidating the balance of power as a means of regulating state-citizen relations. One force dominates another and collisions are less likely. Given the above, the exercise of power always poses a threat hypothesis, with each politician perceiving danger not as a group but from their own personal perspective. This is because the national blanket withdraws protection from them and, as a result, they assume greater responsibility for their own security. Contradictions arise and divisions arise among politicians.

As political power consolidates, a series of challenges, struggles, and problems arise, creating the need to reconcile different values ​​and vastly different historical experiences. Emotionally about being part of a powerful political party.

A politician must be capable of constructing something new in politics from a great many and diverse perceptions constructed in a coherent and dynamic way from an extraordinary political tradition. Some politicians reached the pinnacle of power thanks to the stupidity of their opponents who did not build their own merits to stay in power at the time. A study of political power does not provide instructions that can be automatically applied. But history teaches us by analogy about the possible outcomes that can arise from comparable circumstances. But each generation of politicians must use their keen political thinking to make the political system work and judge for themselves the situations in which the facts are comparable, whatever the reality is, which is constantly adapting to the nuances of power. I have to.

A mixture of experience and skills to constantly adapt to the situation is required so that the lessons of power are actually received because of their exceptional nature by assessing power relations and determining their limits. In practice, the balance of forces must be computable, as it has proven very difficult to assess realistically. These highly experienced political cases recommend the conduct of bargaining of various interest groups revolving around states in order to achieve balance and governability.

Political power is too diverse to be treated as a credible guide to achieving political order and is difficult to assess, and, as noted above, political balance is a critical component of the pursuit of national interests. is most effective through agreement and understanding of Having said the above, political principles apply. And legitimacy without political power only provokes unhelpful attitudes. ”

The figure of politicians is key to understanding the purpose of political negotiations, lowering or raising tensions. It has a clearer vision of high politics. So politicians must have experience and calculations. Pursue profits and seek stable margins.

Previous article
Jacinda Ardern’s successor faces tough challenges ahead of the October election
Next article
DžeZZva: “Our work revolves around a clean, unencumbered approach to music”