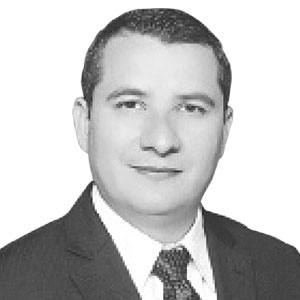 A behavioral pattern is the way a person behaves that follows the model of others, that is, acquires it by imitation or by interacting with the society in which it grows and develops. Some scholars of human behavior say that culture influences the personalities of men and women. Children learn some ways of behaving from being watched by their parents and it seems normal. The Bible tells us about generational curses that some sons and daughters unwittingly or consciously learn from and from their parents, such as alcoholism, adultery, and rogues.

There are certain texts that give us the element of a generational curse, as is the case with Exodus 20:5. 34:7; Numbers 14:18. Deuteronomy 5:9. Some believe it is unfair for God to punish children for their parents’ sins. But this is a limited, grounded approach. God explains that the effects of sin are passed on from generation to generation. For example, if a father is unfaithful and lives a sinful life, God punishes sins until the third or fourth generation, because his children are likely to live the same.

Children keep repeating the same sins that their ancestors did, but they are punished for their own sins, not those of their ancestors. The Bible clearly teaches that God does not hold children accountable for their parents’ sins (Deuteron Omio 24:16). Just as there are always sons and daughters who stand out, there are those who imitate their parents’ good qualities rather than their bad qualities. They make their dreams come true despite the odds.

This brings to mind the life of Joseph, who became Prime Minister of Egypt (Genesis 37). Things are going well” (Romans 8:28). It seems that Joseph always did the right thing. But more importantly, he did it out of the deep reverence he had for God, in contrast to the beginning of his father Jacob’s life. A plate of intangible lentils.

He was badly advised of it by his mother Rebekah (Genesis 27:8-17). He viewed him as his favorite son (another issue of his that causes a split between siblings is the fact that his parents have favorite children). Jacob used the heavenly bounty of Esau’s equivalent in order for Esau to receive the birthright blessing from his father Isaac. Thus, Joseph could have imitated his father’s machinations, but always preferred to do what was right before God, even at the cost of his life.

Doing the right thing in life can lead to persecution, because an honest person is more dangerous than a corrupt person. Joseph was humiliated by his brothers who were jealous of him, and they beat him, put him in a well, and decided to sell him into slavery so as not to kill him. So he came to Egypt, and in all that he did there he prospered as a slave. A jealous person forgives even failures, but not the successes of others. Jose never gave up on doing the right thing. He was put in prison for even rejecting his master’s wife.

While in prison, he thrived because the hand of God never left his life, and came out of prison not as a slave, but as Prime Minister of Egypt. Therefore, it is important to remain in the Lord Jesus Christ (2 Corinthians 5:17) and stand firm as good soldiers (2 Timothy 2:4-5) in order to break generational curses and bad behavior patterns. To please him who took him as a soldier. Also, those who fight as athletes cannot be crowned unless they fight fairly.”

Previous article
Mikaela Shiffrin’s new victory, Neja Dvornik gained as many as 15 places
Next article
Zelenski: “It’s not about five, ten or fifteen tanks.” Scholz on leopards in the Bundestag.