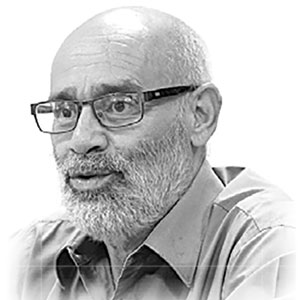 “We were born half dead in 1932. We survived but were half alive. Each counted 30,000 total deaths.” It’s the beginning of one of Roque Dalton’s iconic poems where the other half of humanity was killed by that cowardly “competitor.” – for the most part – haunted by betrayal and cowardice, adaptation and misery, ambition and mischief over time, eventually settling through imperfection and pain, absence and fear, unfulfilled desire and eternal fear . The history of a nation like ours has taken its toll on “the world’s saddest.” But I think the victimized Revolutionary Bard was wrong. I say without hesitation.

El Salvador was declared “free and independent of Spain and Mexico” in its 1824 constitution. Also of “another power or foreign government.” And “never” was written in his text as “family and personal heritage.” But it will be part of the Federal Republic of Central America. In such a scenario, in his 1833, before the end of the decade, an uprising led by Anastasio Aquino would break out, starting in Santiago his Nonualco, spreading throughout its other sister cities and some municipalities a short distance away. sympathy was born. When the rebels were defeated, they tore off the leader’s head and hung it in the square with a subliminal ominous message.

Since then, as the poet said, we are all born: half dead. For this reason also, Dalton sings “Anastasio Izarco, Lempa Aquino” and says, “Since you were born, it has become necessary to call the battle and give it your name. And since then, the people who have suffered It was necessary to give names and surnames to the murderous nations, their counterparts in the power structure with formal masks and the real faces of their owner families, in January 1932, to kill tens of thousands of indigenous peoples and peasants. It returned to its heinous, ruthless and scandalous methods when it carried out massacres, mostly in the western part of the country.

The corpse of the assassinated Feliciano Ama, one of the main leaders of a near-suicidal uprising, was displayed a century earlier, suspended in a tree like Aquino’s head, and displayed in the same inhumane manner. I was giving you a warning. , his blood flows in abundance. Ama was also one of those people who were born half dead after Aquino and wanted to live with dignity.

This is how almost 13 years of tyranny were established, led by Brigadier General Maximiliano Hernández Martínez. He persecuted, imprisoned, tortured, and killed anyone who had the audacity to question his plans, or the courage to confront his perversions. But after a long period of violating, manipulating and insulting the constitution and the rest of the law, the tyrant fell, but the people also fell into the trap of a murderous state that continued to maintain a “recyclable” military dictatorship. Either by rigged elections or by overthrowing governments by coup d’état, which is well known in these countries. And this country lasted until January 1981, half a century after the barbarism of 1932, when the war that had unseen and suffered in the region was unleashed within its borders.

Eleven years after the war began, the war conflict was ended by an agreement signed between the opposing parties. But violent death continued to pass through the realm of the country, no longer by action, but by the omission of formal powers that always fostered such scourges. Read, of the high-flying mafia. Always designed for electoral purposes, perhaps because of grotesque public security policies to “stand up to it,” we saw parades of “strong hands” and “very strong hands.” Private men, bold and mighty armies, and an increasingly uncivilized police force are needed to reach what we have now reached. The framework of the new “war”.

Previous article
Lillard scored 60 points; Poole made the champions happy in the last second
Next article
An iceberg the size of greater London has broken off from Antarctica