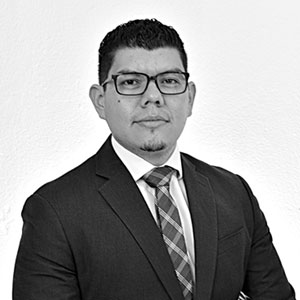 This week, the Salvadoran government expired to pay the $604 million it had to pay from the maturity of bonds issued in 2002. and it was done. The government uses every propaganda tool to see the event as one of its greatest economic successes. Perhaps because there is not much to brag about in this area. In practice, the country has always complied with its debt payments, except in 2017.

The uproar that has been caused can be explained by the great difficulty the government has had in raising the funds to fulfill this pledge, and the fear that it may not. It’s important to elaborate. Because that’s an aspect the government has neglected to say. Where did the resources come from to pay this debt? In this same space, he said months ago, governments have various options for obtaining resources, perhaps opting for the “petit” strategy. It was pointed out that there was a high possibility of doing so. Rather than achieve a single source of funding, what he was trying to do was pool resources from various sources.

This is how more debt-to-resources were created from international reserves of various creditors and countries. In other words, this is the same as a person celebrating having paid off his debts, and with the money he got from even more debts, where before he only owed one, now he has the difference of renting 5 people. And I had to sell the gold chains I was saving too.

According to official data, the value of the country’s net international reserves as a percentage of GDP is the lowest in the last 20 years. It is also important to keep in mind that foreign exchange reserves constitute the liquidity a country must face in the face of adverse macroeconomic impacts such as recessions. El Salvador is a dollarized economy, so this becomes more important.

At the same time, given the difficulty of issuing more bonds in international markets, governments are using more resources from domestic debt. That is, money borrowed from Salvadoran savings, mostly loaned by domestic private banks. According to official data as of November 30, 2022, the balance of short-term debt is $2,630.1 million, which is short-term debt and must be paid within one year. But the government doesn’t have the money, so it’s increasing the debt and paying off the debt.

Similarly, the Central American Bank for Economic Integration (CABEI) and, to a lesser extent, the Latin American Development Bank (CAF) have been major allies lending money without major conditions, especially in the area of ​​transparency to the government of El Salvador. increase.

It remains to be seen whether this compliance will cause international markets to react and reopen the possibility of new bond issuances to governments. Additionally, there are bonds that are still trading very low at half value.

In any case, the El Salvadoran government’s fiscal situation will remain challenging not only in 2023, but beyond, without embarking on a truly comprehensive tax reform that includes short-, medium- and long-term measures. The areas of income, expenditure, transparency and public debt. Where the management of fiscal policy allows for improved well-being of the people. Well, beyond economic analysis, his latest UCA survey shows that El Salvador’s population is the main problem facing the economy. And 7 in 10 Salvadorans say their economic situation is the same or worse. A reality that will not be celebrated.

It was a short-term errorSome Twitter users were surprised to notice on Wednesday that they could not post new records, and were told that...
Entertainment

She appeared in more than 100 theater plays and more than 50 series and filmsSerbian actress Branka Veselinović died in Belgrade at the age...
Previous article
The fog
Next article
After promising to supply tanks, Ukraine is asking Western countries for fighter jets