Questions about the application of unemployment insurance under the ILO Convention 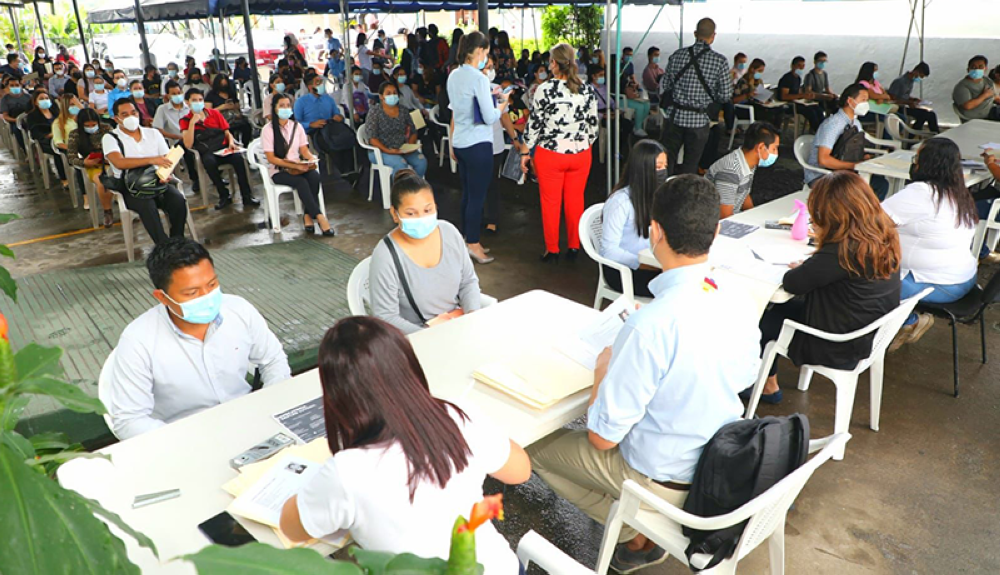 Trade unions and governments have different versions of the possibility of application of Convention 102 of the International Labor Organization (ILO), which requires the creation of a fund to provide unemployment benefits. The legislative assembly approved the agreement in all parts, but the executive branch made two reservations for the project.

Labor Minister Rolando Castro explained that unemployment insurance lies in the fact that if someone loses their job, there is a fund that will be allocated for six months. “It starts at 100%, then 90%, 80%,” and it goes down one after another, he said.

He said the decision would be made by the President of the Republic. “We’re not saying it won’t be dealt with in the future … later, it will probably be a decision by President Bukele,” he said.

“The country is not ready”

Freddie Basquez, secretary-general of the El Salvador Construction Workers Union (SUTC), said, “The state is not prepared for this (creating a fund to pay unemployment insurance) and the agreement may reserve it for them. Give. ”

However, Jaime Ávalos, a member of the Social Security Trade Union (Setraisss), has not questioned compliance with this provision.

He said, “Insurance in case of unemployment, because a worker may already have a chronic illness and if he loses his job, he needs to ensure that he has access to food so that his health is not compromised. I think it is important to have. Getting worse. “

However, he said that with ratification of Convention 102, workers, states and employers would “how to create this unemployment insurance for workers, more or less by the time it comes into force, the Convention is one year. So I believe this aspect is not a problem. “

The Legislative Assembly has ratified “all” Agreement 102, despite the fact that the administration of the proposal demanded an unemployment allowance reserve.

“I think we need to be careful that it is part of the agreement and will be reserved and ratified,” said Vamos’ adjutant Claudia Ortiz.

Previous articleFor 3×3 cells and concrete beds: This will be Nicolas Lopez’s stay in Santiago 1.
Next articleContemporary confrontation with cultural heritage: The Heritage Digital Incubator has come to life