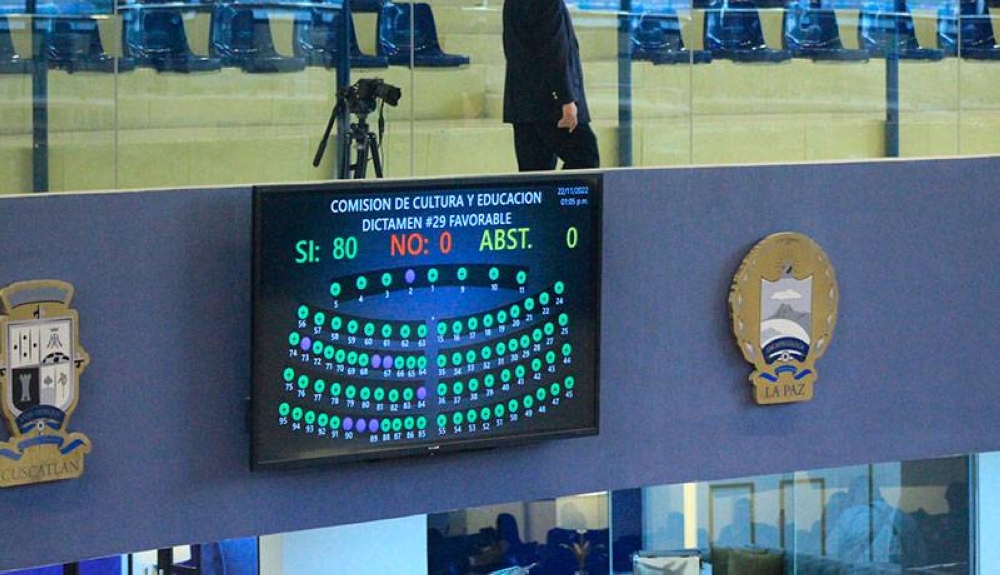 Lawmakers have approved reforming the 2022 budget to incorporate debt-financed resources.

A week after the Legislative Assembly gave the government control over $436.255 million in funds, pro-government lawmakers amended the 2022 Budget Act to include items where the proceeds will be used. I was.

Resources are derived from the issuance of credit securities in the domestic market, with 73.25% of the proceeds going to “general state debt.”

The amendment received 62 votes from Nuevas Ideas, the Grand Alliance for National Unity (Gana), the National Convention Party (PCN), the Christian Democratic Party (PDC) and two ex-Arleneros, exempting them from the procedure. Approved by They voted against Vamos, FMLN, Nuestro Tiempo and Arena.

We aim to simply and simply comply with the obligations of each agency and its operations. Salvador Chacón, Deputy Director, New Ideas

On November 15, Congress authorized the government to manage resources through the issuance and issuance of credit securities in domestic or international markets, or by contracting loans, and through various assignments and general obligations of the State, public debts, etc. to meet its commitments, as well as “other strategic support.” government priorities”.

The Budget Reform Project will incorporate Account 311 “Issuance of Securities in the Domestic Market” and specific Source 31101 “Government Bonds” of $436,255,000 into revenues.

Of this amount, $319,591,820 has been allocated to the “General State Obligations and Miscellaneous Transfers” unit of the Treasury budget, although the obligations covered are not specified.

Nuevas Ideas deputy Salvador Chacón said, “We simply and simply seek to comply with the obligations of each government agency and, above all, to ensure that each of these agencies continues to function properly.

$319 million goes to the black hole where you set your strategic priorities. Or here the general obligations of the state are indicated. Carlos Alambro, BBVA Manager

The Ministry of Justice and Ministry of Public Security will be allocated $20,705,565 to the Directorate General of Criminal Centers to “Strengthen Police Organizations and Strengthen Personnel Capabilities,” with $1.2 million in rewards and $16.4 million in police acquisitions. $3 million in goods and services and finance costs. The Ministry’s Directorate General and Administrative Departments will have to expend $522,990, with $15,140,445 allocated to the Police Efficiency Work Line and $5,042,130 allocated to the Detention and Rehabilitation Work Line. .

The last of these funds is the “Temporary Suspension of Applicability of Special Contributions for the Stabilization of Tariffs for Collective and Massive Public Passenger Transport Services”, which Cotrans has stopped collecting since March of this year. It is intended to comply with However, it was he restored on September 27th.

On November 15, 2022, the Legislative Assembly authorized the government to manage debt through credit securities or loans by waiving the procedure.

American companies sell the most weapons in the worldThe Stockholm International Peace Research Institute (SIPRI) notes that the 100 largest arms companies increased their...
Previous article
El Salvador tourism will generate over $2.4 billion by the end of 2022
Next article
At least 7 dead, including shooter, in US supermarket shooting