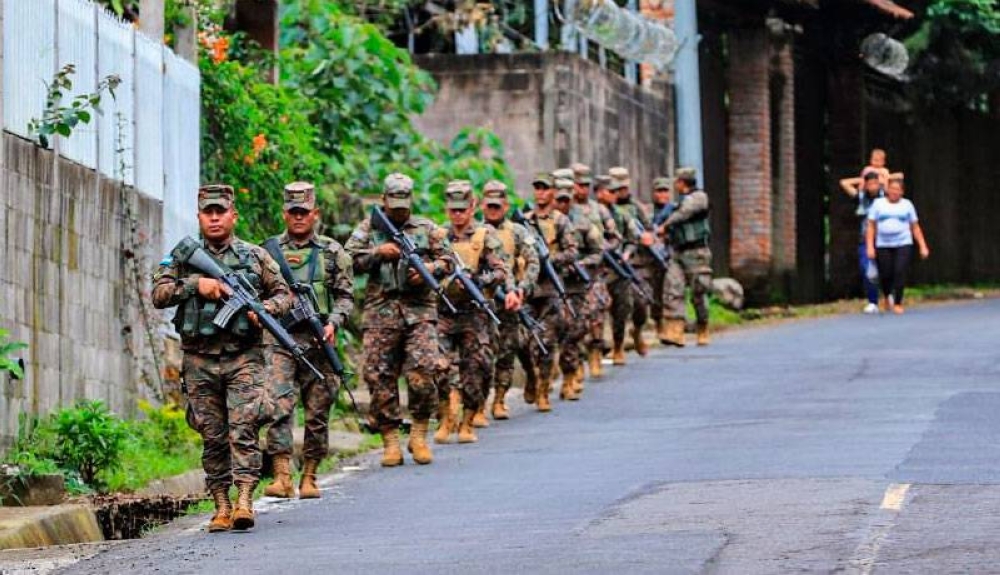 The special system has been extended for the eighth time until the middle of this month. It has been in effect since March.

Republic President Naive Bukele said “no” this afternoon to the Human Rights Watch (HRW) organization’s proposal to suspend the state of emergency.

HRW announced today that the State of El Salvador will end the implementation of the emergency regime “in view of the lack of solid evidence” in favor of restricting fundamental rights as an effective means of combating domestic criminal gangs. Submitted the proposed report.

President Bukele has rejected criticism from HRW and other international organizations that have criticized the emergency regime, accusing it of supporting gangs.

“Given the lack of solid evidence that its restrictions on fundamental rights are proportionate and strictly necessary to meet the life-endangering conditions of the state, we should end the exception regime. .” –HRW Report.

HRW’s Americas director Juanita Goebertus said the security policies implemented by the government of El Salvador within the framework of the state of emergency were “unsustainable” and even systematic human rights violations were “other kinds of violence”. warned that it could create .

Goebertus assured that the alleged cases of human rights violations were not isolated cases, but that various “generalized behaviors,” or violations, occurred continuously in different regions.

HRW’s deputy director for the Americas, Tamara Broner, said she had requested a meeting with the Salvadoran president but had not received a response, so she decided to disclose the findings through a press conference.

Previous article
They capture a Salvadoran MS gang member hiding in a Guatemalan city
Next article
Blanka Lewin will return to TVN in 2023 with a show about a military coup.