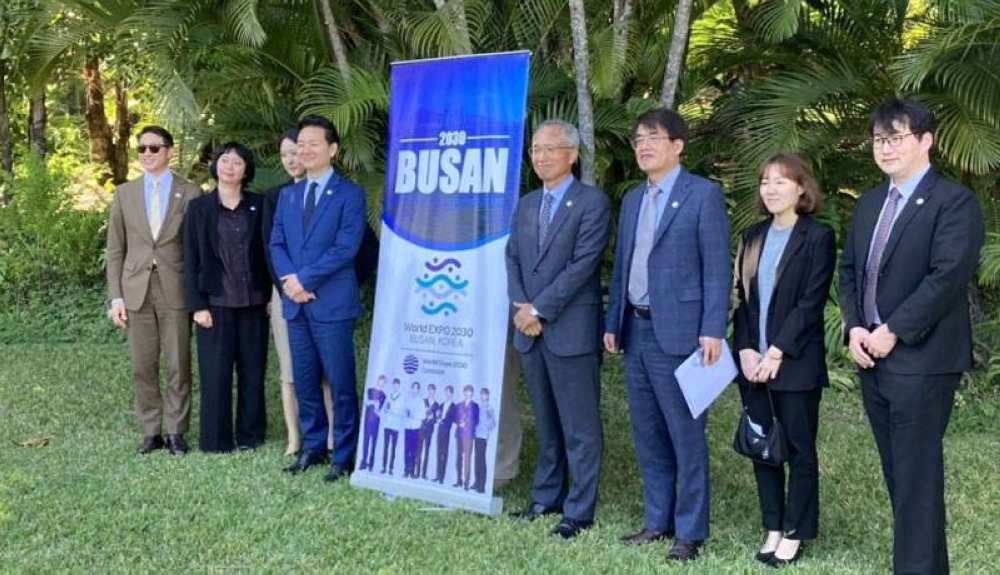 “I want you to also designate countries like South Korea to achieve greater growth,” he told a meeting with Salvadoran journalists, explaining the key to achieving South Korea-like development with Japan as the benchmark. said while

He pointed out the keys to developing human resources, benchmarking countries to transfer experience and technology, and economic policies that match domestic and foreign factors. “The most important thing in this whole process is leadership,” he explained.

Bukele has the leadership to do so, according to officials, “based on communication with the people” and with “unprecedented” public approval. I am confident that we will achieve it,” he said.

South Korea’s growth is based on human talent, that was the key. I think education is an area that the government of El Salvador should be concerned with. ” Jang Seung-min, secretary.Korea strategy

Chan met with El Salvador’s president for 1 hour and 40 minutes on Thursday, during which the president asked questions about economic growth. Officials invited him on an official visit so he could see the South Korean experience.

A senior South Korean official assured that his government aims to uphold and work with the three values ​​of freedom, peace and economic prosperity. ‘ will be achieved, he explained.

He argued that the Salvadoran Constitution and Bukele’s presidential administration “focus on freedom, prosperity and peace, just like South Korea.” He spoke out in favor of political and economic freedom, as well as respect for sovereignty and non-interference.

“The two countries have the potential to work together in respecting human rights, including political, economic and press freedom,” he added.

The digital sector is likely to be the engine of future growth, and South Korea is at the forefront of this sector, with KOICA promoting the project alongside ITCA (Race). Lee Jong Wook, Koica Latin America Director

It also includes the creation of careers related to the Fourth Industrial Revolution and the establishment of a digital innovation center that will benefit El Salvador’s 1,500 agricultural or tourism entrepreneurs.

The South Korean government also provided a $210 million soft loan for the expansion of the Los Choros Expressway and Viaduct, bringing the total investment to $430 million. South Korean Ambassador to El Salvador Joo Won-hoon emphasized that these activities in Los Choros will not only improve the quality of life of road-moving people, but also increase the competitiveness of the country.

3 facts you should know

Diplomatic relations between the Republic of Korea and the Republic of El Salvador were established on August 30, 1962. The two countries have been on friendly terms for her 60 years.

Previous article
Between threads and colors, the Salvadoran weaves her dream of starting a business with crochet
Next article
Pakistan is a victim of climate change and a ‘morally bankrupt financial system’