JVE Opposition Raises Questions About When to Audit Registrations Abroad 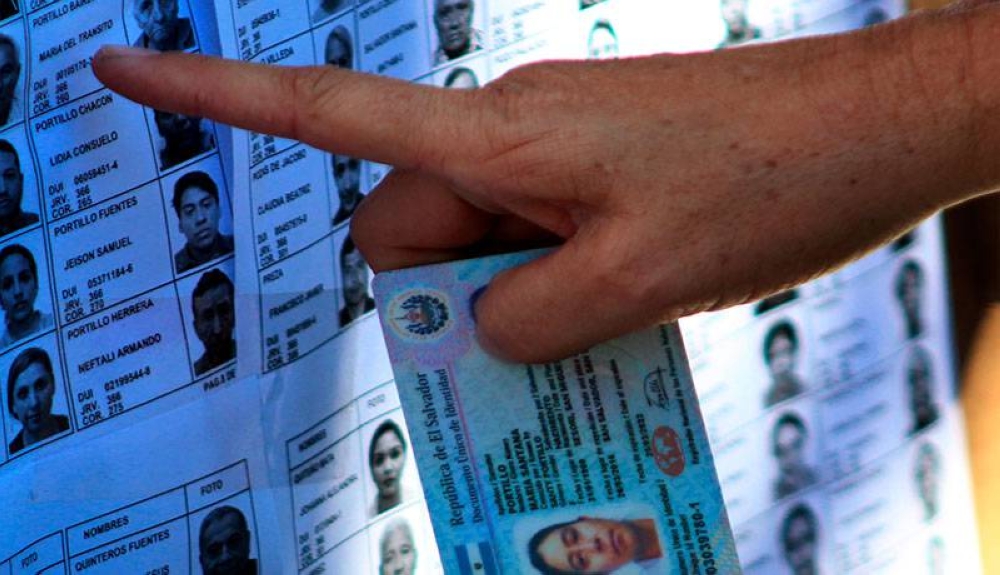 TSE must hire a company to audit the registry overseas.

Given the extended period for overseas El Salvadorans to change their overseas compatriots’ electoral register addresses, opposition members of the Electoral Surveillance Commission (JVE) believe that the measure will be effective on the electoral register. I have expressed my doubts as to whether it will affect the audit process. Allows mobilization of Salvadorans abroad, or voters in registries.

Prior to the JVE, Nuestro Tiempo head Jeovany Maravilla said 90 days before the election was “not enough time” to warrant a comprehensive audit of voter registrations abroad.

The registry of Salvadorans abroad has always consisted of identification documents registered by the National Register of Natural Persons (RNPN). The 2024 process will add passports and the Foreign Office Census. For elaboration, the Supreme Electoral Court has already met with the RNPN, Immigration, the Prime Minister and the Innovation Director of the Office of the President of the Republic.

Three months before the 2024 election, we believe this is not enough time to warrant an audit of this register. ” Jeovany Maravilla, JVE Our Time

In the case of César Reyes, former acting director of the JVE at the Alianza Republicana Nacionalista (Arena), given enough time for “key parties and overseers” such as the JVE to have sufficient tools and space, Universities should respond. Ensure the “purity of the electoral process”.

Reyes recalled that the JVE has not yet been included on the data commission that integrates voter registration for voting abroad.

He added that the provision could “cause voter mobilization” and “inflate” the electoral rolls.

For her part, Sofía Vaquerano, former director of the JVE and Vamos election administrator, said the measure would delay the process of matching and purifying databases of registries of Salvadorans abroad.

I believe the reform will allow this 90 day period so that a change of address will not alter the audit process. There is no danger. ” Juan Contreras, Election Affairs Consultant

But Juan Contreras, a consultant on election affairs, believes the clause “will give time and not change the audit process.” Exclude ‘at risk’ as it varies from company to company whether the audit will be done on time.

Contreras recalled that the 2019 elections approved extensions to change addresses at the country level. It’s not the first time a provision of this kind has been approved.

Eduardo Escobar, secretary-general of Acción Ciudadana and a member of the voter initiative, said the new provisions “could create logistical problems for the TSE” as it would give them less time to verify the data that make up the registry. claimed.

Escobar believes there is “legal uncertainty” in the process, as courts need to “take sufficient time to clarify voter numbers.”

After address change suspension, TSE must set a closing date for the electoral rolls to proceed with correction of record errors and eventual closure. Agencies should determine the length of time for contractors to audit data in foreign registries.

TSEs may have logistical issues due to the short time it takes to verify and coordinate…they add legal uncertainty to the electoral process. ”. Eduardo Escobar, Executive Director of Citizen Action

Judge Noel Orellana set a date in December to hire an audit firm to run simulations of the system.

February 24, 2023
This is the deadline for hiring an audit firm. The RNPN, Immigration and Aliens Service, and the Ministry of Foreign Affairs provide information to the Register.

January 19, 2024
The simulation period for the electronic voting system conducted by the TSE will end online and face-to-face.

The only term Pragel is known to involve voting abroad is stop change of address.

1.- Suspension of change of address
Approximately 90 days before the election, we will stop updating the changes.

3.- Correction of obvious mistakes
The court then goes through the process of correcting the errors in the record.

4.- Final Closure of Electoral Rolls
Finally, TSE will determine the final closing date of the registry.

Previous article
What are the most visited parks in 2022?
Next article
The word of 2022 is firefighter