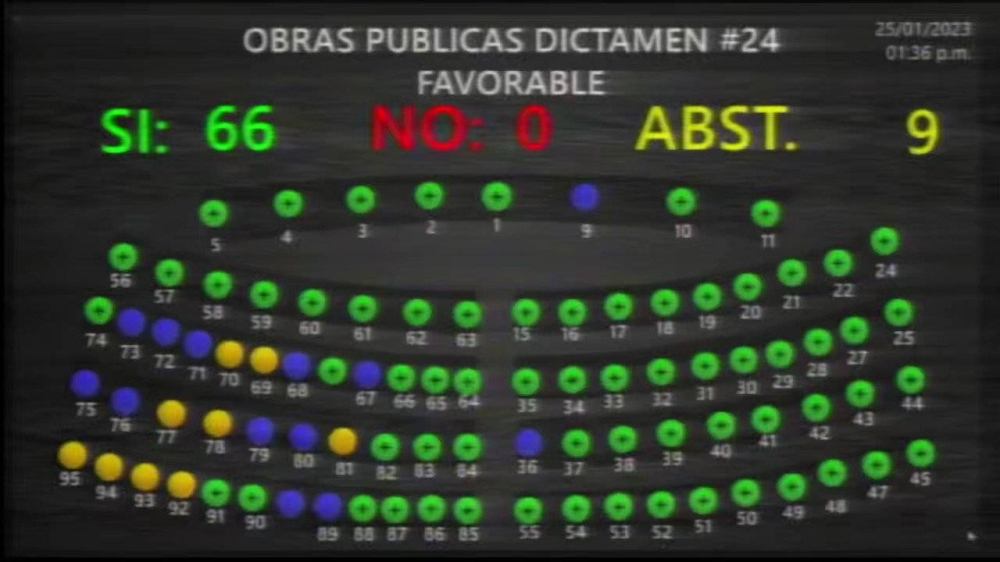 With 67 votes from Nuevas Ideas and its allied parties, the Legislative Assembly on Wednesday approved reforms to the Land Transportation, Traffic and Road Safety Act.

With 67 votes from Nuevas Ideas and related parties, the Legislative Assembly on Wednesday approved amendments to the Land Transportation, Traffic and Road Safety Act that raise fines for traffic violations to $50, $100 and $150.

The project submitted by the executive establishes 131 behaviors considered violations, 55 of which are minor and result in a $50 fine. 20 serious $100 fines, 56 very serious $150 fines.

The amount of violations in public passenger and freight transport is also increasing.

“We are not influencing in any way, we are saving lives.”Saul Manshia said.

This reform includes the establishment of an automated system to impose obituaries for offenses committed by photography fines, video surveillance cameras, and fixed or portable radars.

Fines may be emailed to violators.

Salvador Chacón said that “fines should not be seen as an economic impact, but as a preventative ‘tool’. It called for “file a proper complaint.”

The law change incorporates 23 new behaviors subject to penalties. For example, not wearing a motorcycle-approved helmet; cycling on the shoulder, curb or boundary of a road; or cycling between a motorcycle and its companion. 6 p.m. and 6 a.m. the next day without wearing a reflective vest or jacket.

Guillermo Gallegos, deputy of the Great Alliance for National Unity (Gana), also assured that the purpose is to ensure people’s safety, and that accidents are caused “by people who disrespect” traffic laws. said the only way to make it more efficient is to “squeeze” where people are “in their pockets, so they can hurt.”

“Anyone who wants this increase is a traffic law breaker,” Gallegos said.

The reform includes a 50% discount on the amount of the fine if canceled within the first 5 days of notice.