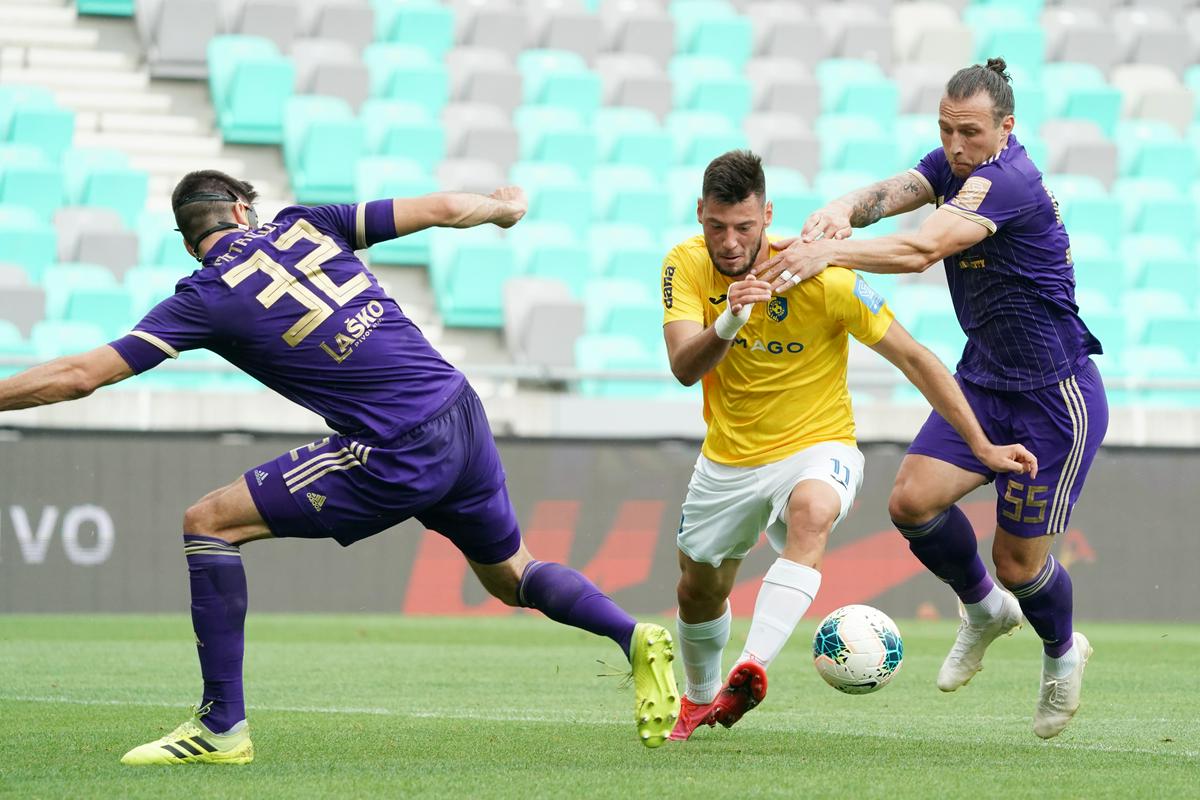 The 21-year-old Croat has already played in Slovenia

After goalkeeper Marko Zalokar and midfielder Marko Božić, striker Roko Baturina strengthened the ranks of football champions from Maribor. The 21-year-old Croatian will play as a loan player in a purple jersey.

Baturina is an acquaintance of the Slovenian greens, as as a loan player from Zagreb’s Dinamo in the spring part of the 2019/20 season, he scored eight goals for Bravo in sixteen games and earned a transfer to Ferencvaros. He played 26 games for the Hungarian champions in the fight for a place in the team and scored 10 goals, and was loaned to the Polish champions Lech in the autumn part of last season.

“We know what kind of players left our ranks after the end of the season. Marcos Tavares has finished his football career, Ognjen Mudrinski, the league’s top scorer, is no longer with us. Given the club’s goals and ambitions, we needed someone to provide an appropriate solution in attack. I think Roko Baturina is the right choice, we were in serious talks with him for the arrival last year. He is a guy who is very ambitious and, above all, he has expressed a great desire to join us,“said the sports director of Maribor Marko Šuler.

“Once we made contact, there were no more concerns for him. He wanted to go to Maribor. In Slovenia, Roko already has a success story with Bravo, then he did not get the right opportunity and is hungry for new proof. A loan agreement with the possibility of redemption has been concluded. Otherwise, it would be difficult to afford it, as it belongs to a higher price range, but we also found a solution thanks to his wishes. Roko has started preparations in Hungary, he is healthy and I believe we have got a player who will add value,“Schuler added.

Previous article
Employees distance themselves from controversial exhibition: “We strongly condemn the abuse of the institution and the museum profession”
Next article
The United States has approved a vaccine against covid-19 for 6-month-old babies