Fuglsang put on a yellow T-shirt after Vlasov’s resignation 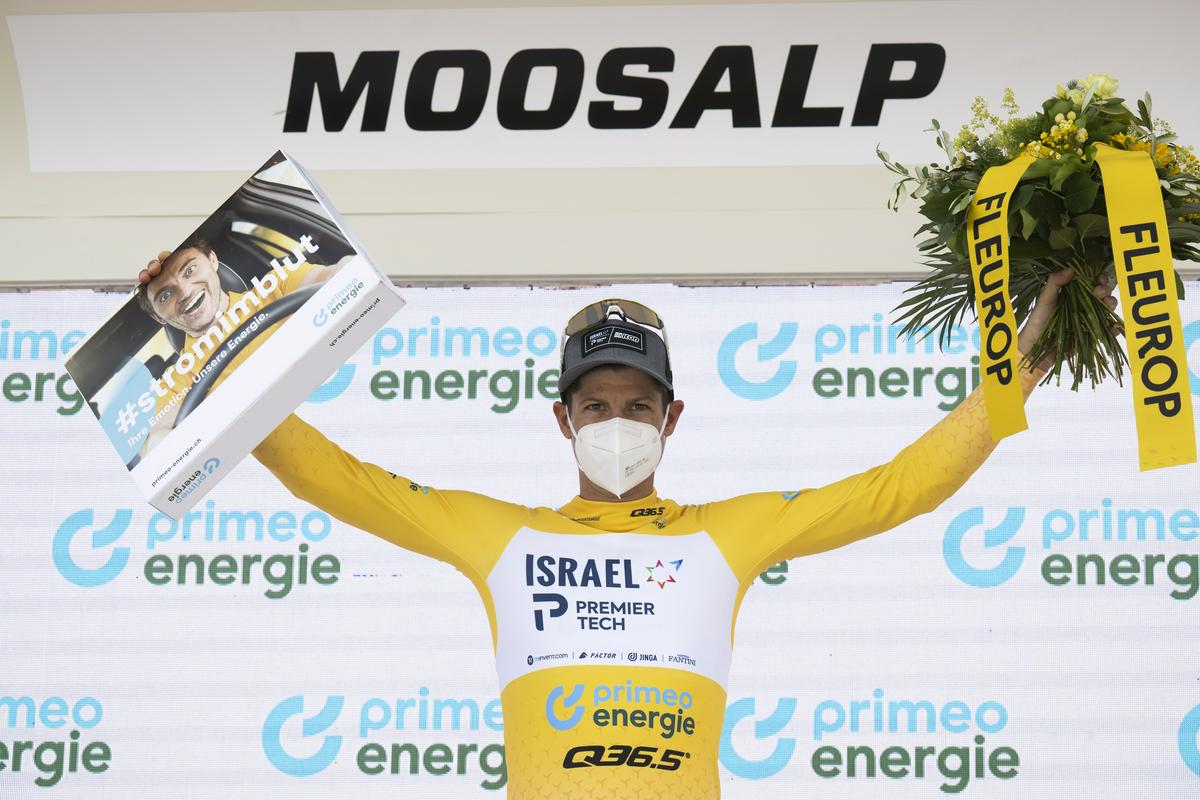 Denz with a stage victory to career success

Nico Denz won the 6th stage of the Swiss Race with a mountain finish on the Moosalp. This is a career success for the German. The yellow jersey of the leader was worn by Jakob Fuglsang.

The 28-year-old Denz was the strongest in the sprint group of five runners-up and claimed his third victory in his long career. In second place was the Frenchman Clement Champoussin, and in third place was the Spaniard Jose Herrada. The target ascent to Moosalp (2022 m) was 16.9 km long with a slope of 7.6%.

“Finally. I’m usually not the one to win. My roles are in the background“said the cyclist, who also received a large cowbell in memory of the victory, a trademark of Switzerland.

The leader in the overall standings is now the Dane Fuglsang, after the Russian Alexander Vlasov had to end his performances prematurely today due to a positive test for a new coronavirus. Fuglsang covered the most dangerous competitors with his teammates, so this time the majority of fugitives on the stage, which also passed over the Nufenen pass (2478 m), did not hunt.

This year’s Tour of Switzerland was marked by the covid-19 epidemic. The UAE, Bahrain Victorious and Alpecin Fenix ​​teams withdrew from the race altogether due to several cases of infections within the teams. The day before, the Jumbo Visma team had decided to do so, and some teams are missing only infected individuals. There were 153 cyclists at the start, and two days before the end only 87 cyclists reached the finish line.

Two very challenging climbs on SaturdayThe race will end on Sunday with a time trial in Vaduz, and on Saturday the cyclists will have a demanding 196 km from Ambri to Malbun, with mountaineers in the forefront again. After 75 km, the Lukmanierpass awaits cyclists, which is 30.1 km long, but quite flat (4.7% slope), the finish ascent to Malbun is 12.5 km long with an average slope of 8.6%.

Investigation of police colleagues who tried to help cover up the factsProsecutors in Memphis, Tennessee, have filed charges against five police officers for the...
Previous article
“He never told me he wanted to leave the’U'”: Diego Lopez and Hernan Galindes’ final departure
Next article
Curry Bent against Warriors critics in search of a new ring: “What are they going to say now?”