Kysselef second, Belak third on the jump in Koper 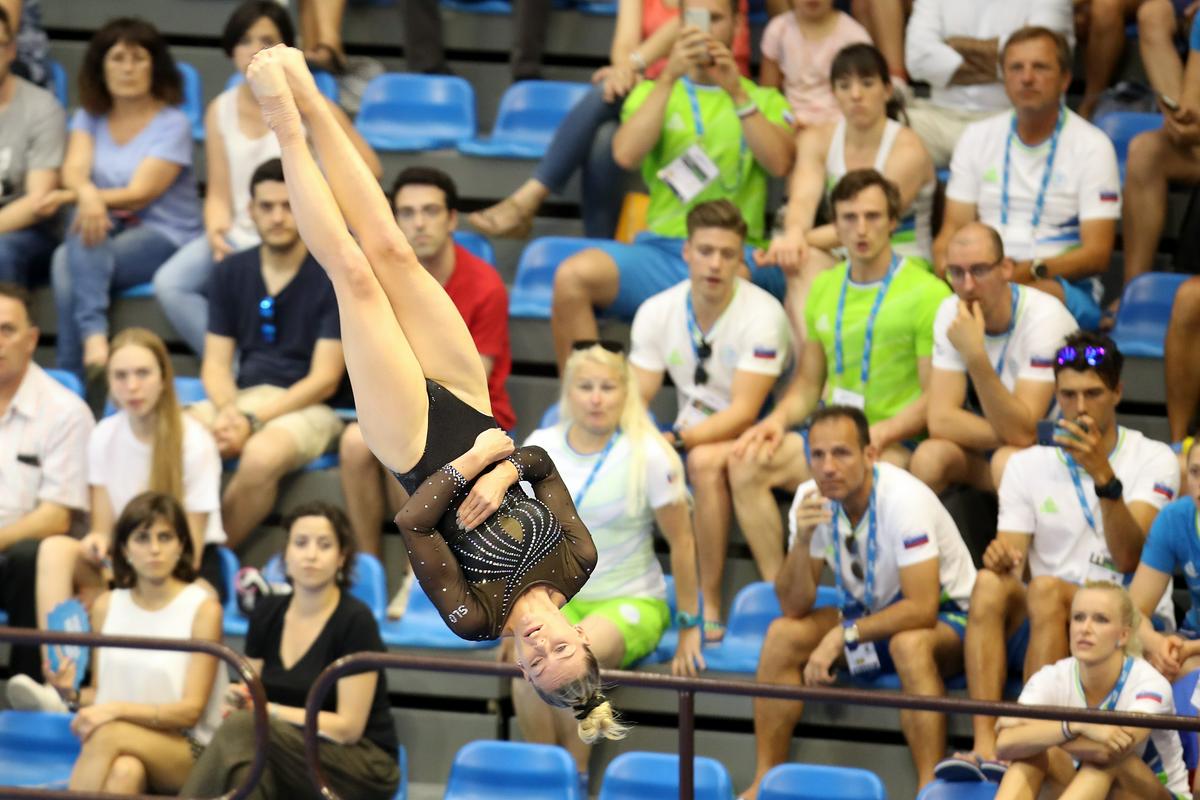 Another final on Sunday

Gymnasts Tjaša Kysselef and Teja Belak took the podium in the finals of the Gymnastics World Cup in Koper. Kysselef was second in the jump with a score of 13,200 points and Belak third with 13,050. Hungary’s Zsofia Kovacz won (13,325).

There is a young man on the ground floor Nikolai Bozhichwho competed in the World Cup final for the first time in his career, finished eighth with 12,100.

She performed again Lucija Hribar on a two-height chin. With a score of 13,100 points, she finished in fourth place, where she was already in the qualifiers, but this time she showed a better lineup.

Belak, who won second place at the World Cup in Osijek last weekend, had a second place in the jump qualifiers, and Kysselef, third in Osijek, had a fifth.

You will also be able to watch the broadcast of the finals from the Bonifika Hall on Sunday (at 3.20 pm) on TV Slovenia 2 and MMC.

Previous article
Summer in Celje is inviting with about 200 different events, with cultural figures in the foreground
Next article
Moscow says 74 fighters from Croatia have been killed in Ukraine. Official Zagreb has doubts about this.