We don’t have to worry about stone, scissors, paper or before the Tour 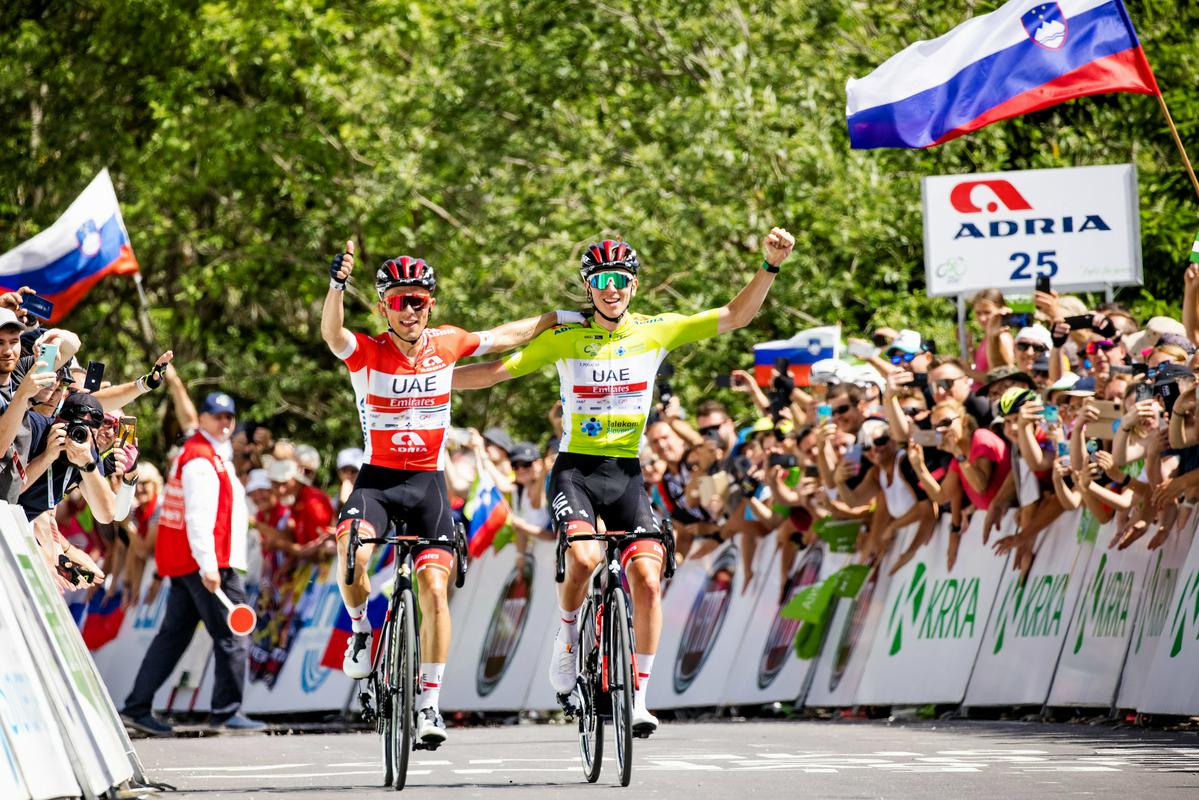 When the good old children’s game decides on the stage victory of the royal stage at the baptismal ascent to the new cycling challenge, you know what kind of victory Tadej Pogačar enjoys in the home race, who has a message for the competitors in the upcoming Tour de France.

He is at the introductory press conference before the 28th Race around Slovenia Tadej Pogačar at the dominant show Jumbo Visme on the Dauphiné Criterion, he added that rivals must also follow his show in the homeland.

At the UAE Emirates, there is no doubt about the only and main salvation goal of the season – the third consecutive yellow jersey for the overall victory in the Tour de France.

Strong on the slope and flat and as a team

“We probably sent a message to the rivals. My mother and I showed that we are strong on the slopes and as a team we are strong on the level. We showed team strength. I don’t think we need to worry about the Tour,” he said. Pogačar answered the question of the Emirates’ response to the frightening show of bees led by Primož Roglič, who has Jonas Vingegaard, co-captain for the overall standings, with the team attacking the green jersey with Wout van Aert.

I couldn’t be more satisfied, everything went according to plan. We showed that we are strong and confident, the right team,“He once again emphasized the Slovenian dressed in green, who now has only a three-second advantage over his teammates.

When a child’s play decides the stage

But in smaller races such as Po Sloveniji, they can also take a breather at UE Emirates and reward loyal assistants with stage victories and other T-shirts. Last year Diego Ulissi, this year Rafal Majka.

“For me, it was like a victory, if nothing else. I’m very proud and happy that Rafal and I got to the finish line like that. A good trip to France. I enjoyed every meter of the stage. A great finish,” he laughed at the world’s first cyclist, but did not reveal how the decision on the stage winner on Velika Planina came about.

Both Pogačar and Majka have already won one stage each, so with too much power on the newly paved 2-km section from Kranjski Rak to Kranjske ravine, there was enough time for children’s play to decide on this issue. “stone, scissors, paper”. The young Slovenian showed the stone, the experienced Pole showed the paper and won the game and the 4th stage.

That the victory on the royal stage on Velika Planina was really decided by an ancient game originating from East Asia, which was adopted by the world a hundred years ago, was published on Instagram at the end of the day. confirmed by Pogačar himself.

“At the beginning of the slope we went full speed, then we slowed down the pace so we got along nicely for a good picture at the finish line,” Pogačar at least confirmed that he was far from full-blown and took time to observe the surroundings, especially the fans, throughout Saturday’s cycling from Laško through his hometown of Komenda to the final destination.

“I really enjoyed it. At the Race around Slovenia, the huts are constantly upright. I am grateful to all the fans, there are no such scenes in the biggest races,” he said. The 23-year-old ruler of the Slovenian cycling circle was thrilled, who regrets that due to the return of the coronavirus to the cycling world, he can no longer share his autograph and stop for commemorative photos with fans.

Neither the heat nor Bahrain bothered me

The summer heat at 1,200 meters above sea level reminded us that it was even hotter in the valleys. But this is not (anymore?) A problem for the Gorenjska wolf, which broke the fight for the green in the introductory stage in the summer heat.

“It was hot, but not too much, not even on the final climb,” replied Pogačar, who then continued almost ironically about the main competitors on the Slovenian Tour: “Bahrain surprised us again, as on every stage. We lost two assistants who had previously ridden 100 km, but Jan Polanc was extremely strong and easily led us to the last ascent, where we launched an attack.”

As for the protégés Andrej Hauptman the 1st and 3rd stages ended victoriously, now the 4th is over. And probably, despite only the five remaining riders in the race, the last, 5th, stage with the finish in Novo mesto will also be successfully completed.

“If Rafa Mother bakes you pancakes, you know it’s going to be a good day,” Tadej Pogačar joked about Saturday’s breakfast, which was prepared for him by his mountain assistant, which a fierce competitor like Komendčan has to beat with stones, scissors and paper. At least in Slovenia, this is a bigger problem than beating rivals in the fight for the green.

At 9:30 a.m., the second semi-final of the Australian Open Championship will begin in Melbourne, in which Serbian ace Novak Djokovic and American Tommy...
Previous article
Summer Museum Night: The doors of museums and galleries are open until midnight
Next article
Protesters in London demanded action because of rising living costs