After four years, the water polo players of Triglav are again national champions 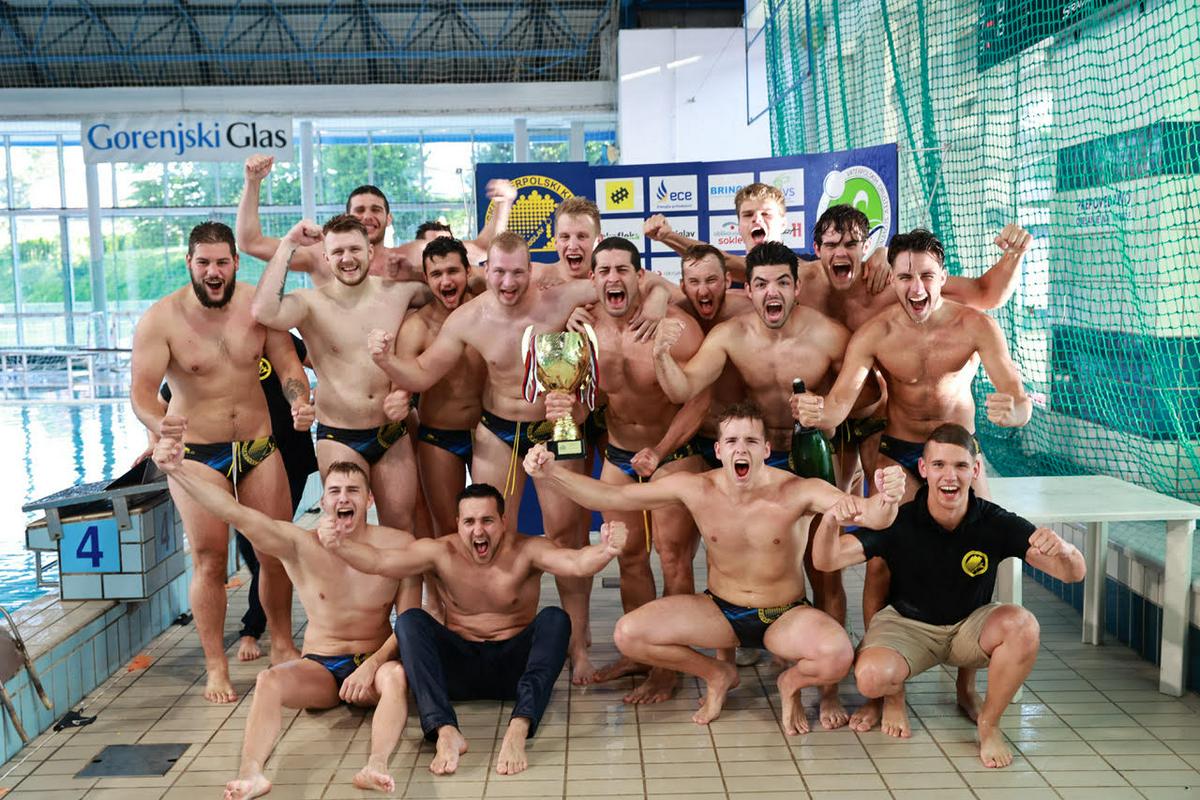 Double home crown of the people of Kranj

The most successful Slovenian water polo club, AVK Triglav, also defeated the defending champion, Calcit Waterpolo, in the third match of the final series of the national championship and became the champion in the 18th.

It was even more tense in the third game. Although in the third minute the second quarter with a goal by Nikola Rajlić the home water polo team took a 6-3 lead at the start of the third Year Bergant tied the score at 8: 8. Less than four minutes before the end of the third quarter, Kamničani even took the lead after two consecutive goals by Martin Stele (12:11), but in the last one the better physical fitness of the Kranj water polo players came to the fore again.

Aleksander Paunović equalized at 12:12 at the beginning of the last quarter, and Jaša Lah took the Kranj team to the lead again just four minutes before the end of the match. Until the end of the match, Jure Beton, the goalkeeper of Triglav, remained undefeated, on the other hand Gašper Žurbi was defeated by Jaša Kadivec and Juš Vončina.

“The match was as we expected. Tense, difficult, also a bit nervous. We didn’t have a glass, but we patiently waited for our minutes, which came in the last quarter, when we showed our real game, which adorned us all the time. and win another laurel of the season, “ said Jaka after winning the national title Mikoletićassistant head coach Štomajerja.

The best scorer of Triglav was Andraž Pušavec with four goals, Kadivec and Lah scored three times each, Paunović was successful twice, and Matic Rahne shook the visiting net once. Rajlić and Vončina. In the Calcita team Water polo they were in the best mood with four goals Stele in Ivan RegardingBergant scored twice and Aleksander Cerar and Blaž Briški scored once.

Previous article
The Slovenians returned to Portugal for the defeat at the beginning of the month
Next article
Unusual: Thiem’s ​​neighbor accused him of recording pornography … and they were his screams against the racket