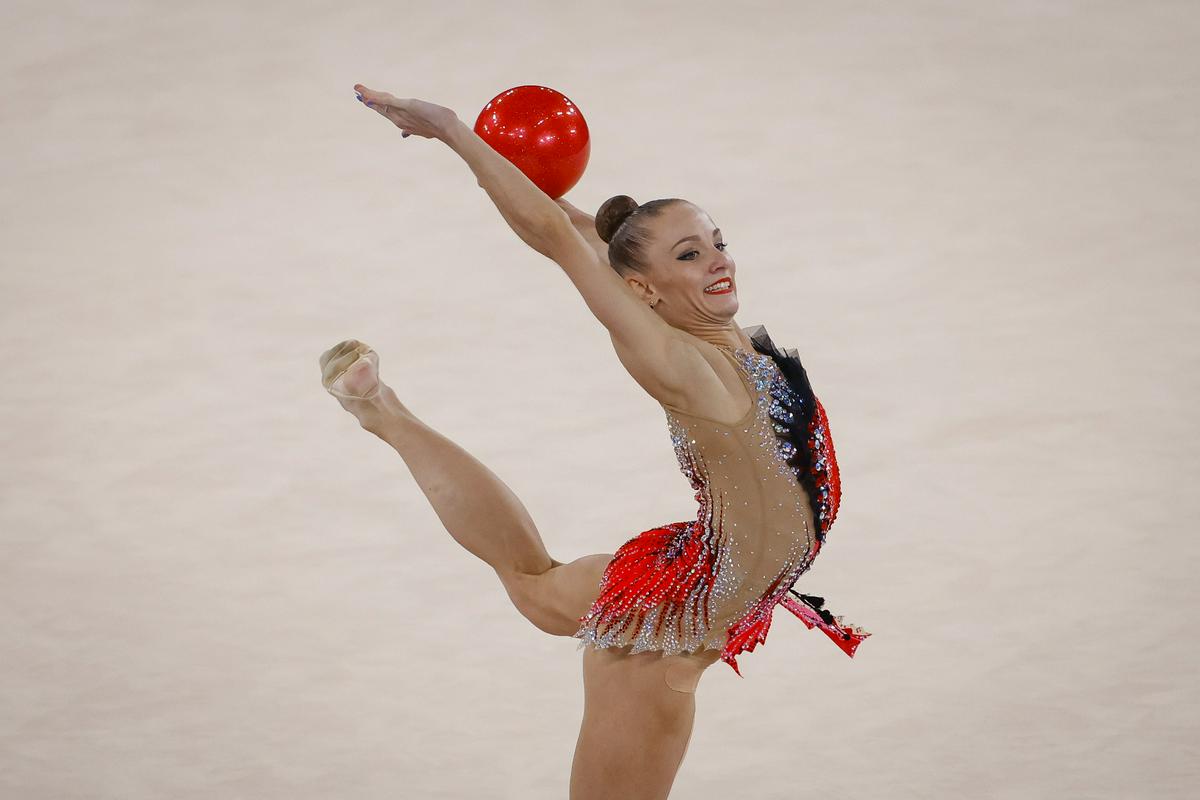 Ekaterina Vedenejeva, who represents Slovenian colors in rhythmic gymnastics at the European Championships in Tel Aviv, successfully made all four final appearances.

She came highest with a stick, and in fourth place she set the best Slovenian achievement at the Old Continent Championships in history. Vedene set a new milestone in this sport in Saturday’s all-around final, in which she finished sixth. At the same time, her career success was a historic achievement for Slovenia. At the end of the Old Continent Championship, she competed in all four finals according to individual props, which no other Slovenian has ever succeeded in.

This season, she won a medal in all World Cup matches, so the Slovenian camp had justifiably high expectations before today’s last part of the championship. Although the experienced Vedene, who will turn 28 this month, was close to the medal, despite her good performances, she ran out of time to climb the podium. Once again, it turned out to be without a doubt one of the most elegant contestants, receiving high marks for both performance and artistry, and the lower difficulty compared to the other finalists means that the Vedenes run out of time to break onto the podium.

With the ring with which Sofia Raffaeli won the first individual title of European champion in history for Italy (36 points), Vedene took sixth place with 32,700. She was also sixth with the ball (33,150 points), although she had the highest score for performance and the second highest for artistry, but this cannot make up for the lack of difficulty in the composition. which received 32,550 points. The rating meant that she was only slightly behind the medal in fourth place. In the end, she said goodbye to Israel with a ribbon lineup and took 31st place with 31,800.

In the finals, the most successful with two gold medals each were the Bulgarian Borjana Kalejn, who won with a ball and a ribbon, and the Italian Sofia Raffaeli, who won the European title with a ring and a cane.